“Talking Sailing” From My Archives. The Xmas Sprog Log 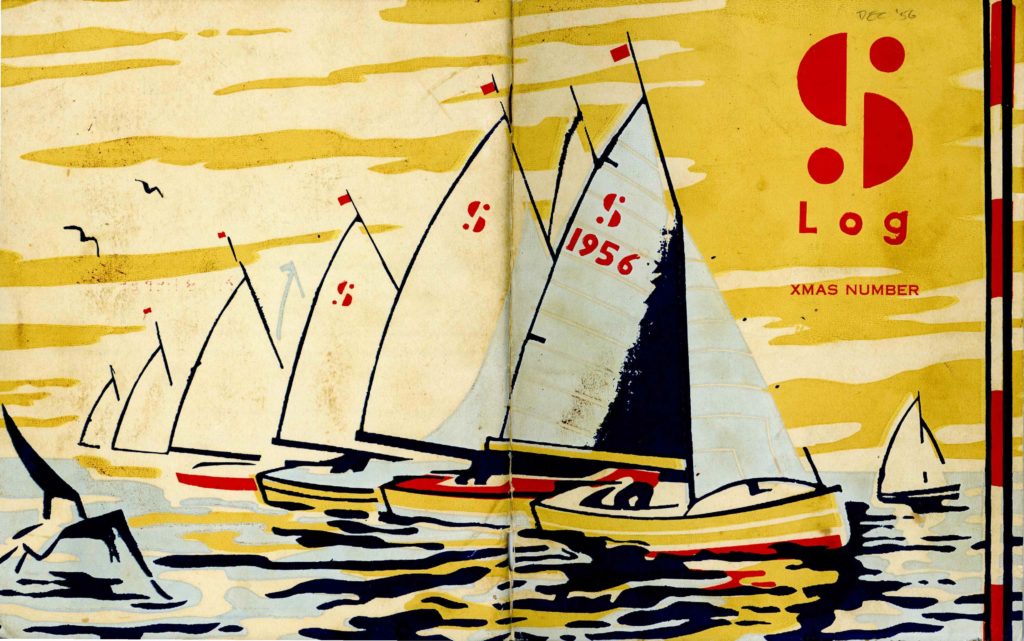 I have feared for some time now that the Sprog, as an active class, may well be stone dead as little “Sprogging” appears to take place these days, and attempts by some to revive it have had little success. Sad, as this was once a very proud class of dinghy – locally designed and home built too.

Unlike many of my Blogs the one published yesterday did not receive anywhere near the numbers I was expecting, resulting partly in my above assessment. Progress is inevitable, however sad it may be.

The 1956 Xmas Issue of the Sprog Log caught my attention due to its colour and striking graphics – as well as the method by which the newsletter was captured. It was proudly reported that “members will probably notice a great improvement in appearance of this issue of the “Log”, as compared with previous numbers. It has been produced on a “Remington” electric typewriter generously lent by Struan Robertson Mackay & Co. (PTY) Ltd, of Slater Street, Port Elizabeth”.

The cover was designed and printed by Brian Walsh, of the PE Technical College.

This issue is again crammed full of Sprog news, not just from within our borders, but into Africa, the UK and Australia too.