“Talking Sailing” From My Archives. The Tack 24-hour

While researching the magazine pages for yesterdays “Laser Doings” I came across a report in Yachtsman RSA magazine on the Tack 24-hour race on Midmar Dam in 1977.

Up front and unashamedly I will tell you that the Tack dinghy was a horrible little thing, in fact it was an awful critter that did not sail well, but believe me, hundreds were sold in the mid-70s as it was easily car-toppable, and families loved them for those lazy Sundays on a puddle somewhere in the country. The were 3.07m in length, built of GRP and thus maintenance-free, and in the day cost just R330.00 all up and sail-away spec’d.

To prove their popularity one simply has to look at the sail numbers in the Tack 24-hour results to see that over 500 had been sold at that stage, and doubtless many more subsequent to that.

But I digress. Due the numbers of boats on the water, and the impression that they were sailed by non-racing sailors, some bright spark decided that there should be a 24-hour race on Midmar for these critters. The entry list was long, as were the number of ‘heavies’ competing. Teams were recruited by some of the major boating retailers, and at one point I do remember that Wilbur Ellis as a company took the event seriously enough and recruited their team well in advance of the others. A key figure in that team was Iain Park-Ross. Bruce McCurrach who made the sails for the critters, also competed, and showed the fleet a clean transom for long stretches during that race.

I recall it well as I was part of the University of the Natal Yacht Club (UNYC) team one year, and have never been sure if it was for my sailing or beer-drinking prowess! The night hours were generally long, windless and thirsty work, until one of our team declared that to get through the dark hours each helm had to have a young lass as crew. Well – nuff said!

The upshot of all this was these events were held annually for a few years and then like all good things, disappeared from the scene.

As for the Tack dinghy, they too disappeared, although I bet there are still some lurking in garage roofs across the country.

Despite having an aversion to these critters, they did open the eyes of many to the joys and heartbreak of competitive sailing, in a fun environment. The sheer joy of the newcomers to sailing and yacht racing was infectious.

So, critter or not, thoroughbred racer or not, the Tack dinghy introduced so many people to our sport, and so many went away from the 24-Hour weekends having had tons of fun on the water. And that’s what counts. 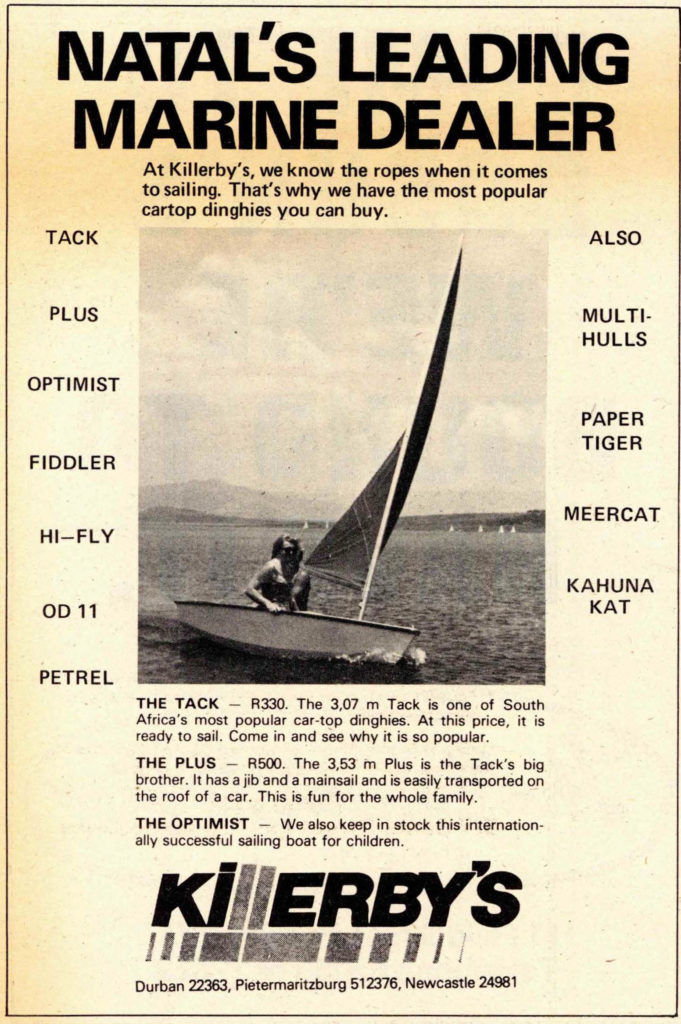