“Talking Sailing” From My Archives. The Schooner Appledore 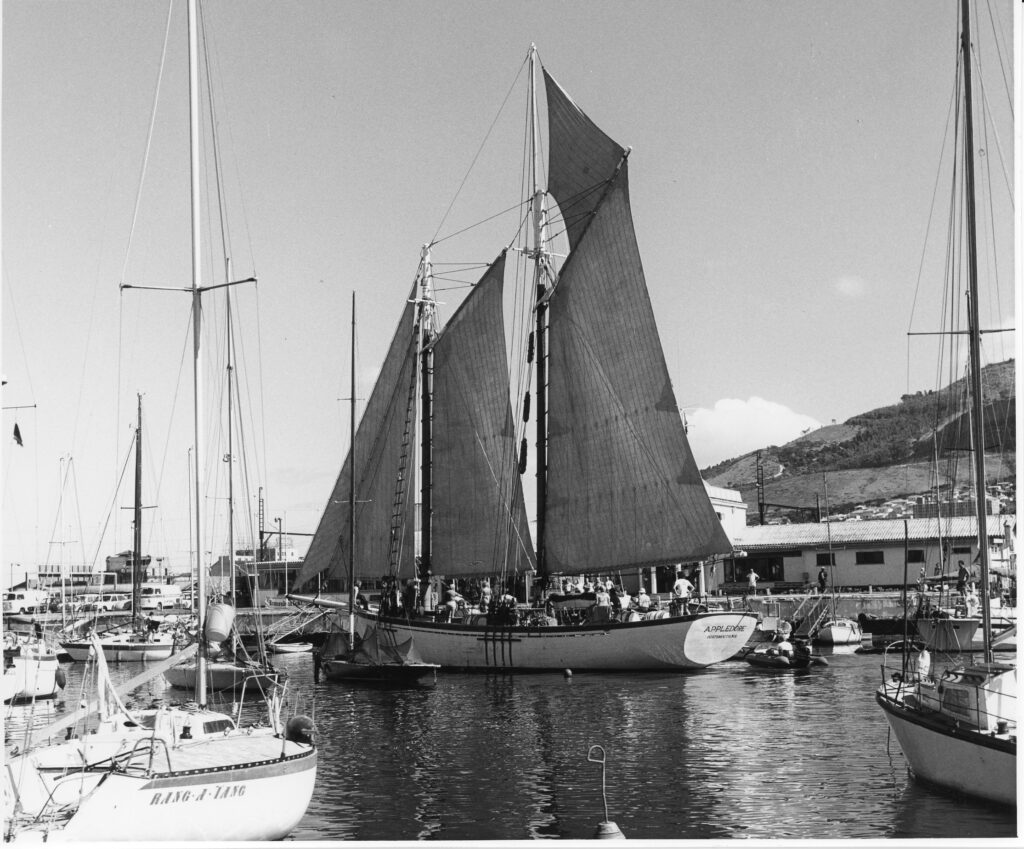 I can clearly remember in late 1979, or was it early 1980, when the traditional schooner ‘Appledore’ docked in Durban on her first circumnavigation which started shortly after she was launched. I remember meeting the crew plus the skipper and his wife, and also remember that they penned a very complimentary and rather lengthy message in the Royal Natal Yacht Club guest book!

Sadly I never took any pics of her, although I did stumble upon one in my archives, taken in Cape Town, and which prompted this Blog.

She is a beautiful yacht, as is clearly seen from the photo of her, and was launched on 22 August 1978.

‘Appledore’ is 19,8m long with a 4,6m bowsprit and 16,5m on the waterline. She has a 6,1m beam and draws 2,95m. Her description is a topsail New England fishing schooner. She is gaff-rigged with a topsail on the main mast and she flies a fisherman between the masts. Her four lower sails consist of the main and foresail and two jibs, which gives her a suit of six working sails besides her stormsail.

She featured on the cover of SA Yachting magazine in February 1980, with the following caption: Appledore, a traditionally built wooden schooner from Maine, USA, sails through the trots at Royal Cape Yacht Club before departing on the last stage of her 18 month cruise round the world. Photo: David Baker.

Sadly I don’t have too much about her in my archives, but enjoy what there is. 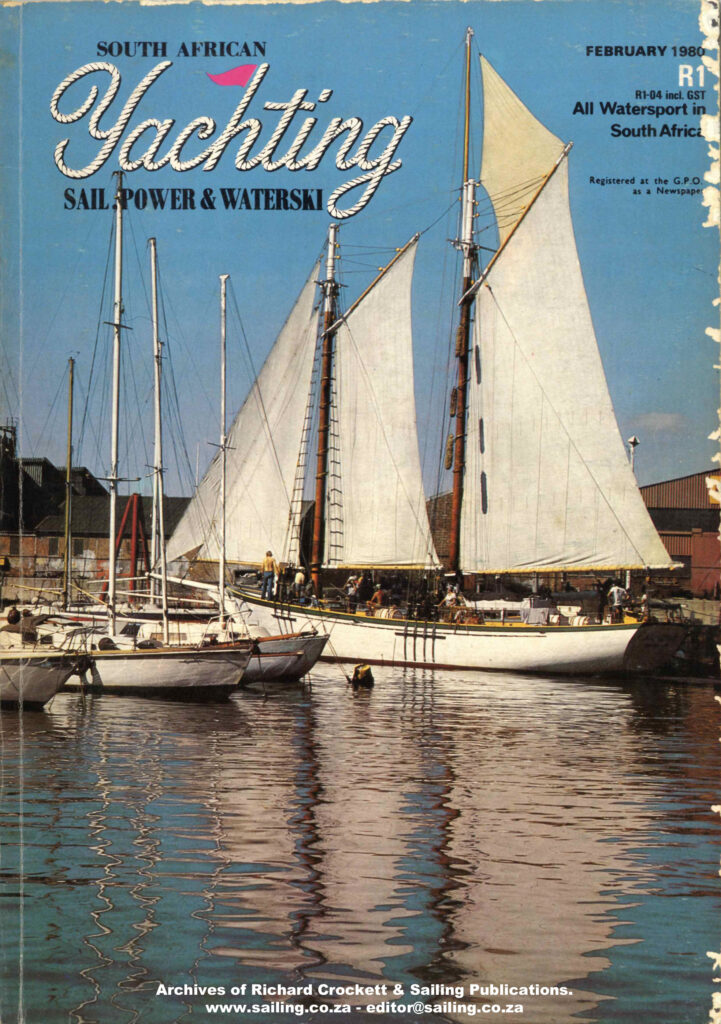