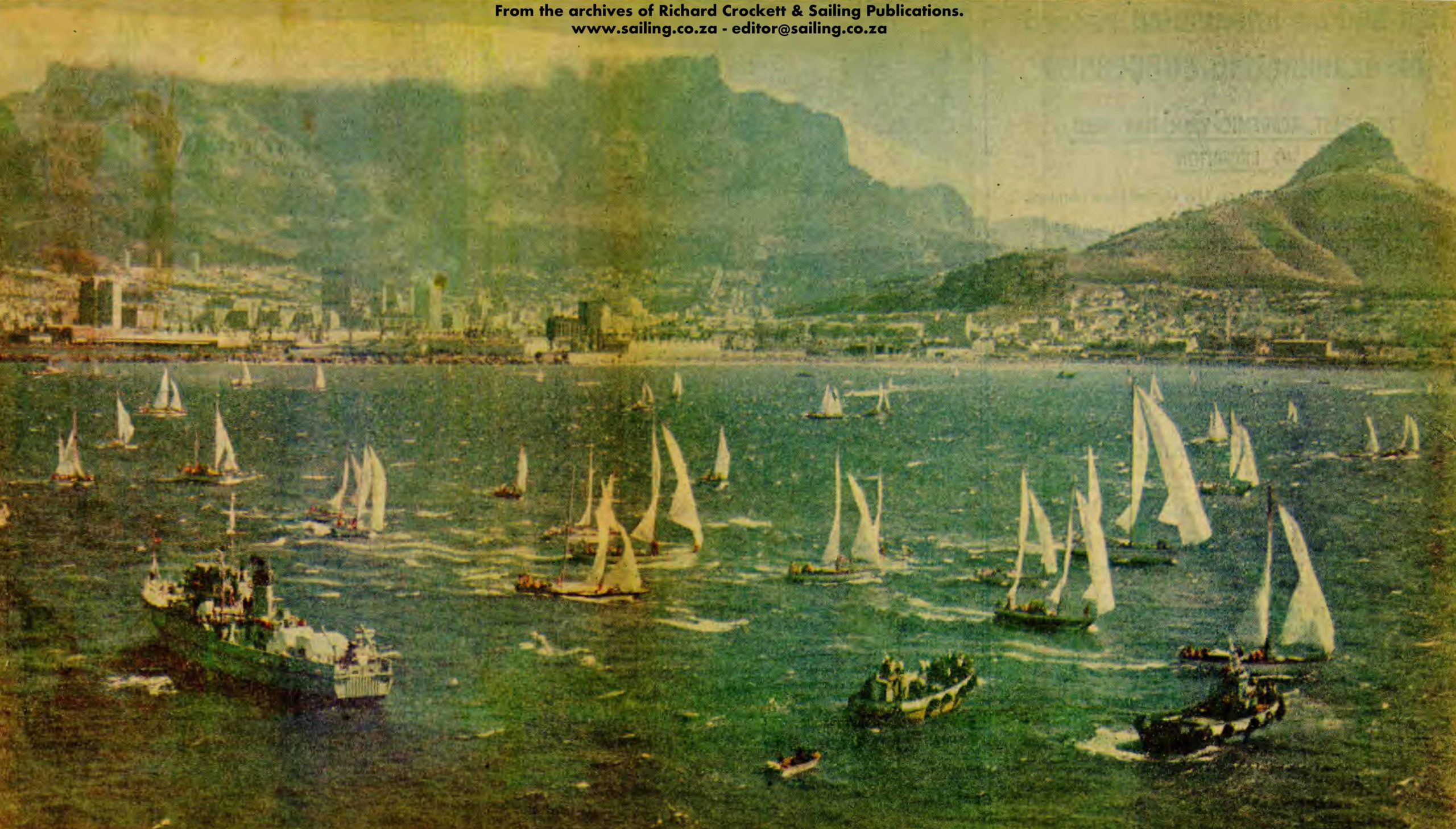 From today until the end of the race I will bring you the daily news as to what’s going on in the South Atlantic. Aboard the SA Navy Guardship – SAS Tafelburg – are journalists and photographers who are sending the news back to shore for all those thirsty for news. And I have loads of newspaper cuttings from which to bring you the race as it unfolds.

And let’s not forget the hard-working radio Operators aboard the Guardship who are keep a very close ear on the fleet, and sending position reports back to shore so that those following the race closely can plot their positions on the race chart.

Having had a hectic start day, and with the newspapers having gone the extra mile to give saturation coverage on the race, the news reports are slow as the journalists build up for their Monday morning coverage.

Today though, the story is all about Peter Strong and ‘Wayfarer’ which did not make the start as they were battered by gales and foul weather from the time they left Durban.

Read about her ordeal here:

“Wayfarer Off to Rio Day Behind Fleet”. Wayfarer, the 50-ft Durban ketch skippered by marine architect Peter Strong, set sail for Rio yesterday, nearly 24 hours behind her competitors after battling gale-force headwinds and heavy seas in an attempt to reach Cape Town in time for the start on Saturday. She arrived at the start line four hours after the start.
READ MORE HERE:  1971 01 17 – Rio 1971 – Dave Elcock Collection -000351 – OCR 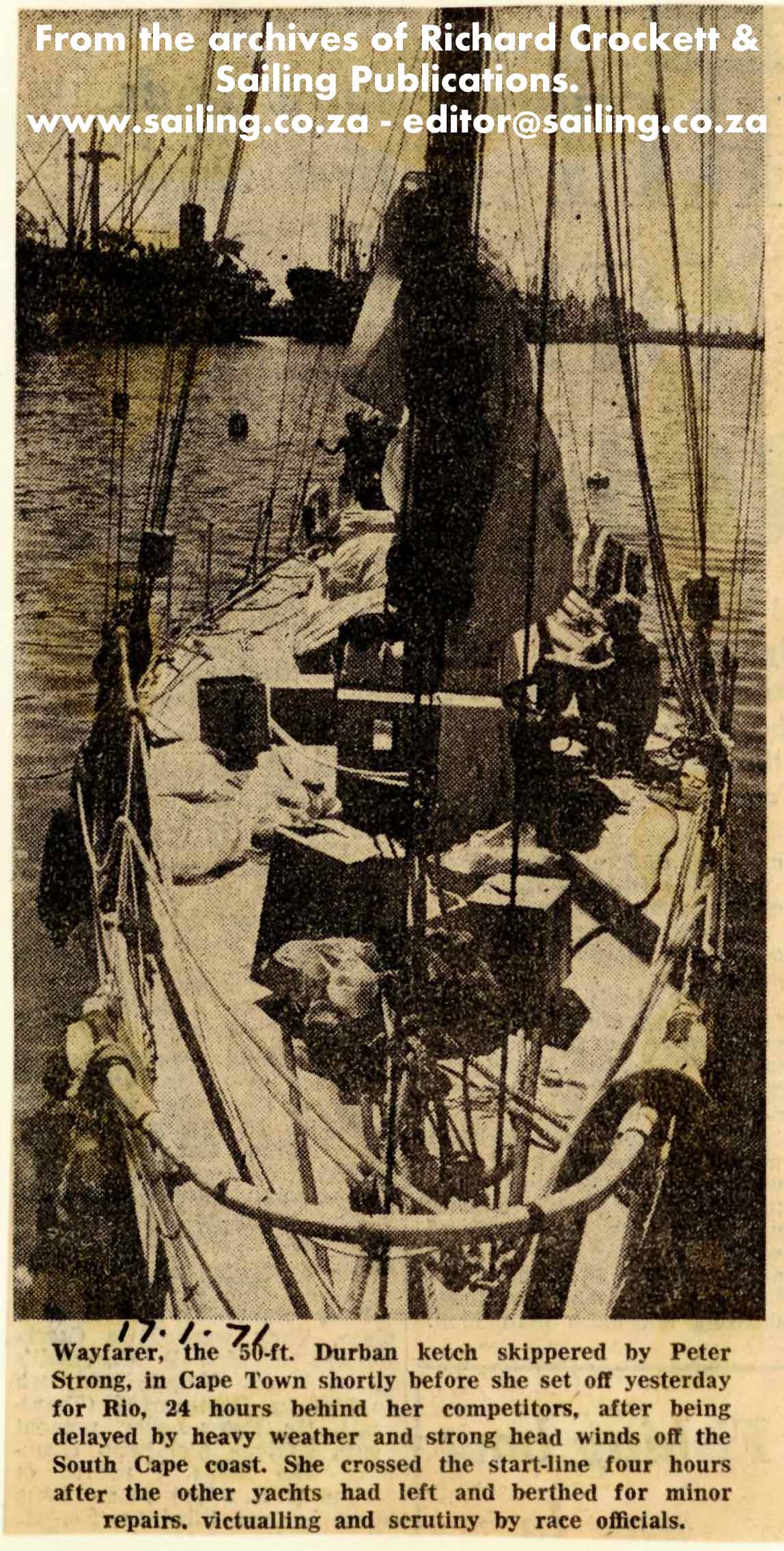