“Talking Sailing” From My Archives. The Quest to Best 40 Knots 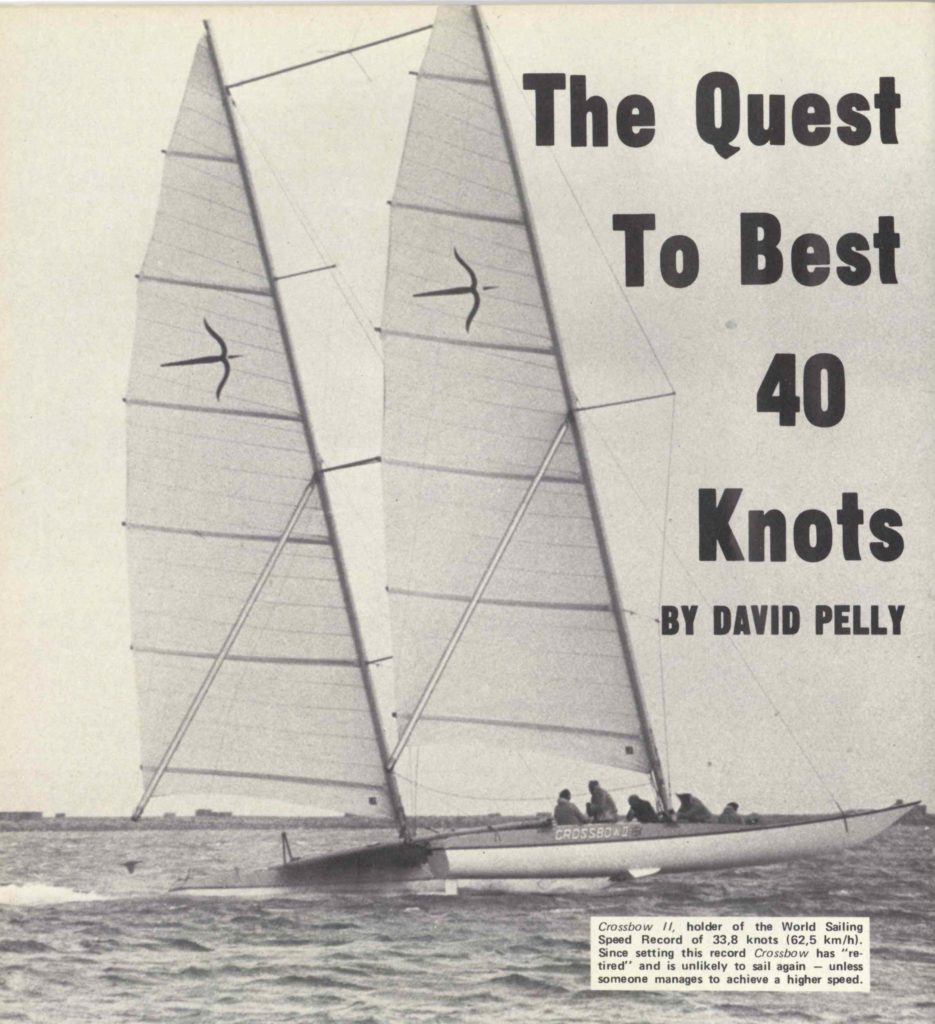 Boatspeed is something that many are absolutely maniacle about, yet to others it’s simply another swear worrd in the yachtie vocabulary! For racing types boatspeed is everything, but for cruisers it’s something many simply don’t give a passing thought to as they simply don’t care.

I have some sympathy with the cruisy types who go from A to B in their own time, and with time not being an issue in their lives when on the water. All the while they are very comfortable and relaxed aboard their boats. Whether they take a day or two longer on a passage is neither here nor there. While I admire the approach, I do sometimes think that pushing it a little at times may avoid the discomfort of that final gale, or get them to the hot showers and cold beer quicker. But as I have said – these are cruisy type who love their boats and being aboard them at sea. The rest are irritable side-shows!

The speed-freaks are different. Every little advantage must be maximised at all times, and crew must always be in the optimum position on deck to maximise speed. For them it’s all about speed – and winning.

Which is probably why our sport is so obsessed with speed today.

No longer do the speed-freaks sail, they fly, with foils being the buzz word. A bunch in the current Vendee Globe race are flying (foiling) around the world, and so far about four have had to bail out due to boat and foil damage.

The America’s Cup is not much different. It’s all about the quest for speed and tossing millions of Dollars at maximising that speed. This event too has become a flying race, rather than a yacht race.

I know many will disagree with me, but when some crew know little about sailing and are there only to peddle grinders to keep the hydraulic pressure up, I rest my case. And where are the spinanker hoists, tactical gybes, close quarters sailing, and crew work that makes the difference between winning and losing. I miss it – and I know many others do too.

Yet I still watch and follow the America’s Cup very closely as it’s fascinating stuff.

Today 40 knots on a yacht, or maybe I should say a waterborne craft, is old hat, but in the ‘70s the quest to break this magical barrier was massive. Which is why I have chosen the article on “The Quest to Best 40 Knots” today.

It’s another fascinating read, and shows that it’s not just the speed-freaks of today who are pushing the boundaries – they have been doing it since Pa fell of the bus!