“Talking Sailing” From My Archives. The Last of the Lawhill 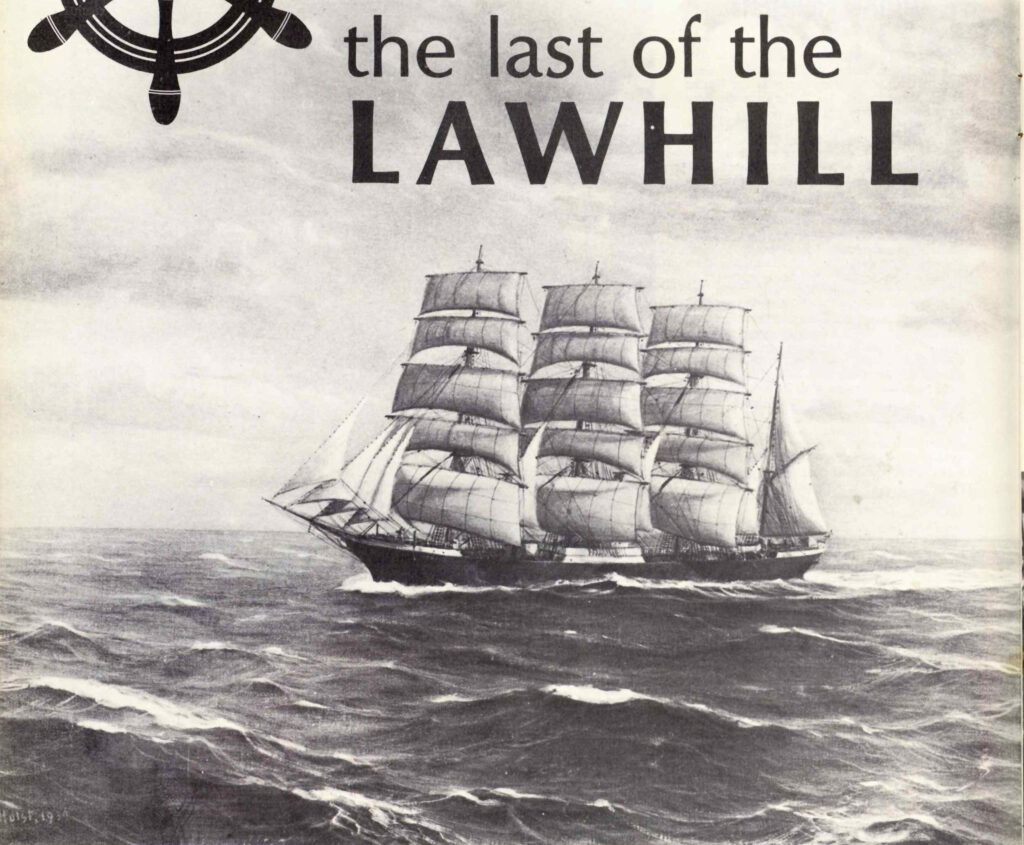 Again, while on the thread of Arthur Holgate, I seem to have hit a wobbly downwind and broached as today I share how ‘Lawhill’ finally met her end!

For those not familiar with ‘Lawhill’, she was a four-masted Barque.

Alan Villiers in his classic exposition of the age of sail, “The Way of a Ship” wrote about her qualities as follows: “She was a clumsy looking ship with a very square rig, without royals, and her steel topmasts were built in one piece with the lower masts. Her topgallant-masts were stepped abaft the topmast heads, instead of on the fore part of them, and this, coupled with her rather squat rig, gave her an ungainly appearance. Her wall sides and not-too-fine ends made her look a poor sailer, too, and her big midships superstructure (which was the same sort of thing the “P” ships had) further spoiled her appearance in the estimation of sailing-ship sailors.

“Yet she was in fact an excellent ship, a good carrier and a good sailer, and most economical of crew and gear.”

Her final port was Lourenco Marques (now Maputo) where she arrived with much fanfare and with new owners, but she failed her survey due to her run-down nature, and it was here her life ended.

This is an enthralling account of a once famous sailing Barge, and in my view is falls into one of those “must read” categories.