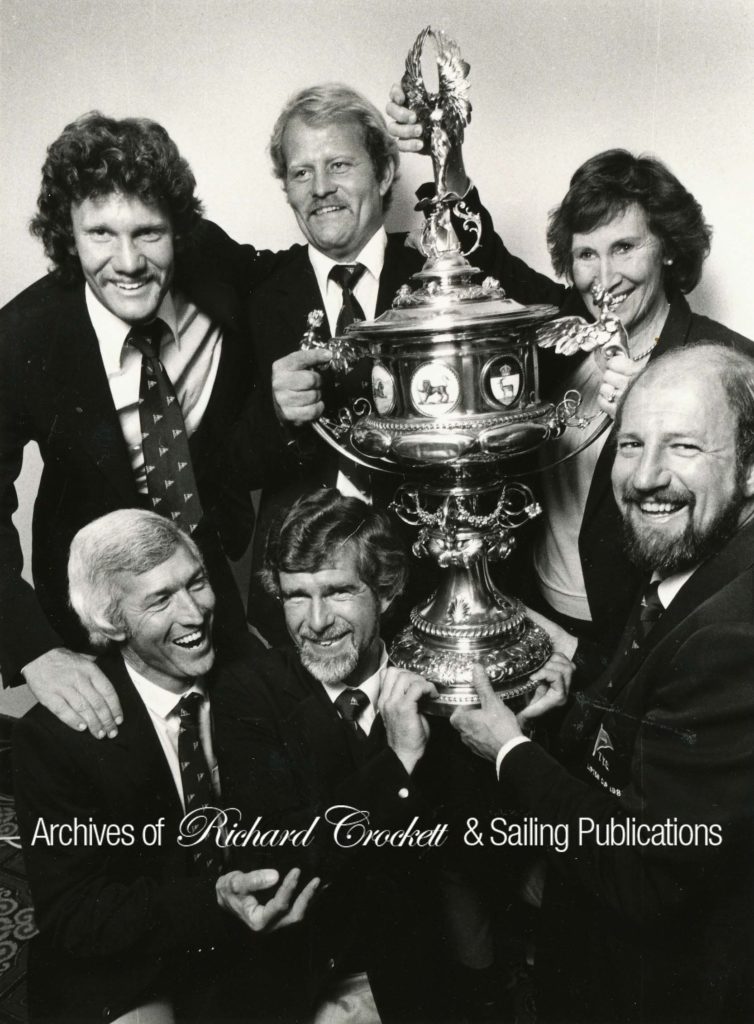 Well the Quarter-Tonners had a very short lifespan of just two years in the Lipton Cup before the Lipton Trustees announced that the L26 was to be the Lipton boat for the 1984 contest.

This decision was not necessarily met with as much favour as one may have expected as can be seen in the extract below from SA Yachting in January 1984, as well as from an editorial in the August ‘84 issue of SAILING Magazine.

This is what SA Yachting said:

Lipton Cup Will Be Sailed in L26’s

“The announcement that next year’s Lipton Cup will be sailed in L26 class yachts has caused a flurry of excitement and reaction in Durban, both for and against.

“David Cox, a former winner of the Lipton Cup in 1972 said, “as one of the creators of the L26 I am delighted that less than four years after the first L26 was launched, it has been chosen to sail for South Africa’s premiere yachting trophy.

“ “Being a one-design, this places tremendous emphasis on sailing ability, whereas in the past it has been development class yachts and without a doubt some were faster than others.”

“Twice-capped Springbok yachtsman Ernie Shaw, who with his L26 ‘Warrior’ could be one of the strong contenders for the trophy said, “This is the best thing that has happened in keeler sailing for as long as I can remember.

“ “It will certainly save the Lipton Cup from oblivion and generate a lot of national interest. I envisage selection trials and challenges all over the country for the honour of representing ones of the 23 clubs eligible to compete.”

Vice Commodore of the Point Yacht Club, Dick Haliburton. said. “This is a very good move on the part of the trustees and will throw the challenge wide open.

“ “The cost of running a competitive challenge will be about R5 000 as against R50 000 in a development class, which in this country is just not feasible. I am sure this will result in a big and exciting regatta, which will also be a boost for the L26 class as well as the industry.”

“Guy Reynolds, commodore of the Royal Natal Yacht Club said. “This is something I’ve been working for two years and am now very glad. I’m quite convinced people must understand the spirit of the Lipton Cup. This is not just another class regatta – here is the chance to recapture the former spirit of the Lipton Cup where inter-club camaraderie is of the essence.”

“Bruce McCurrach, Springbok yachtsman, said, “For a prestige trophy like the Lipton Cup I feel this is a bit of a hasty decision. Sure the L26s are strong now, but for how long? Why not a class such as the RCODs which have been around for a lot longer?”

Former Lipton Cup winner in I982, Harry Ellens: “This will now be just another class regatta. It’s lost a lot of its appeal as there will be no more development, no excitement over new designs and boats.

“ “This was the only event of its kind on the South African calendar and this is the end of an era as far as I’m concerned.” ”

Despite the negative comments and doubts about the L26, it lasted 35 years as the Lipton Cup boat, and in the early days especially, the contests were titanic, the competition close, and the winners thoroughly deserving of lifting the coveted Lipton Cup trophy aloft in triumph.

This was bourne out in the opening paragraph of the SA Yachting report: “No one could have predicted the final outcome. Not even as the fleet leaders tacked into the last beat of the final race of the Lipton Cup could the final result be foreseen.

“This Lipton Cup Challenge, the 31st in a long line of contests spanning just over three and a half decades of inter-club rivalry, produced a different winner in each of the five races of the series.”

The ultimate winners were the crew from Transvaal Yacht Club headed by Ewald Sternagel.

The results sheets are below, all hand written as those were the days before computers and “instant results”! 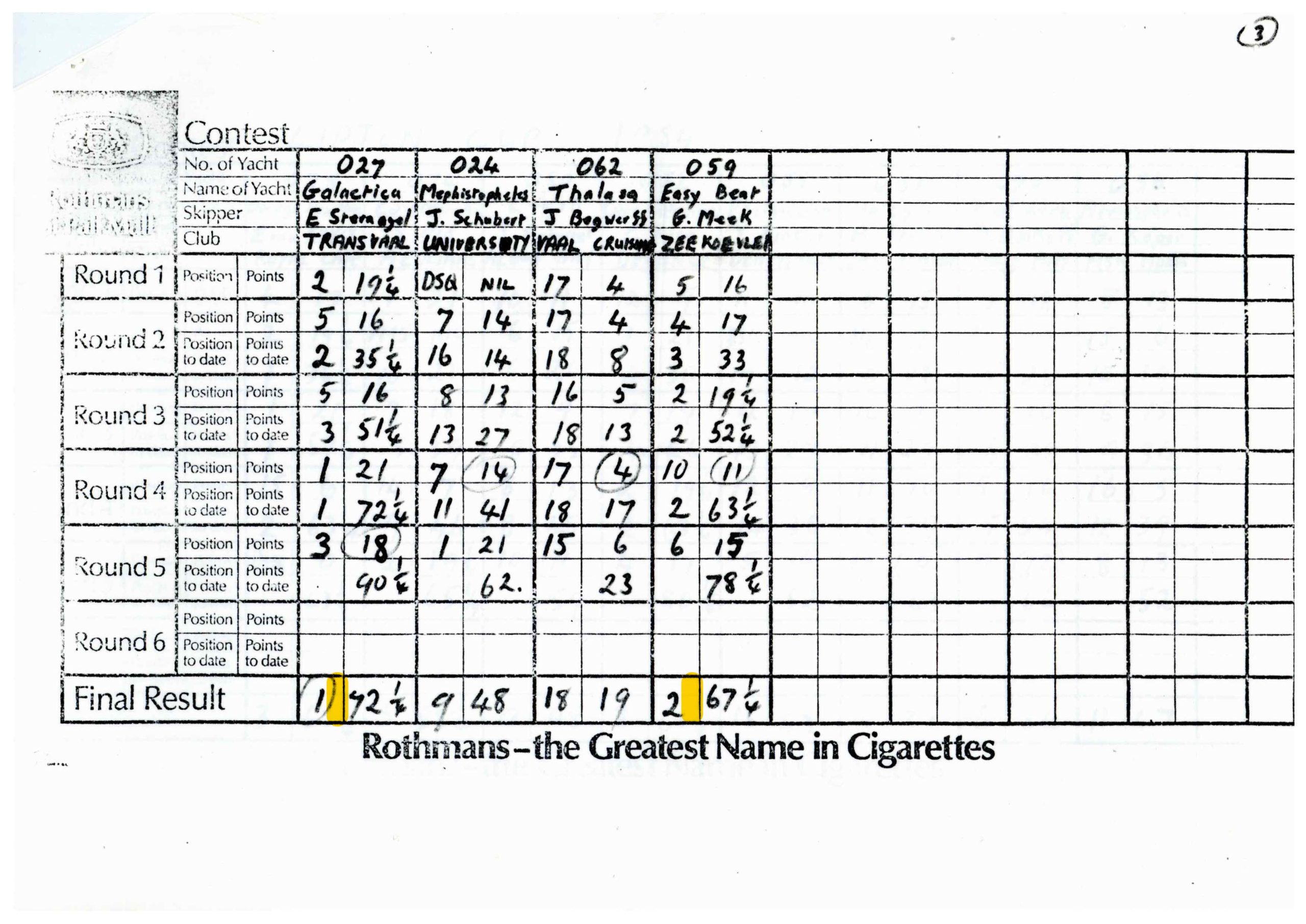