“Talking Sailing” From My Archives. The C.B. Saga (part 2) 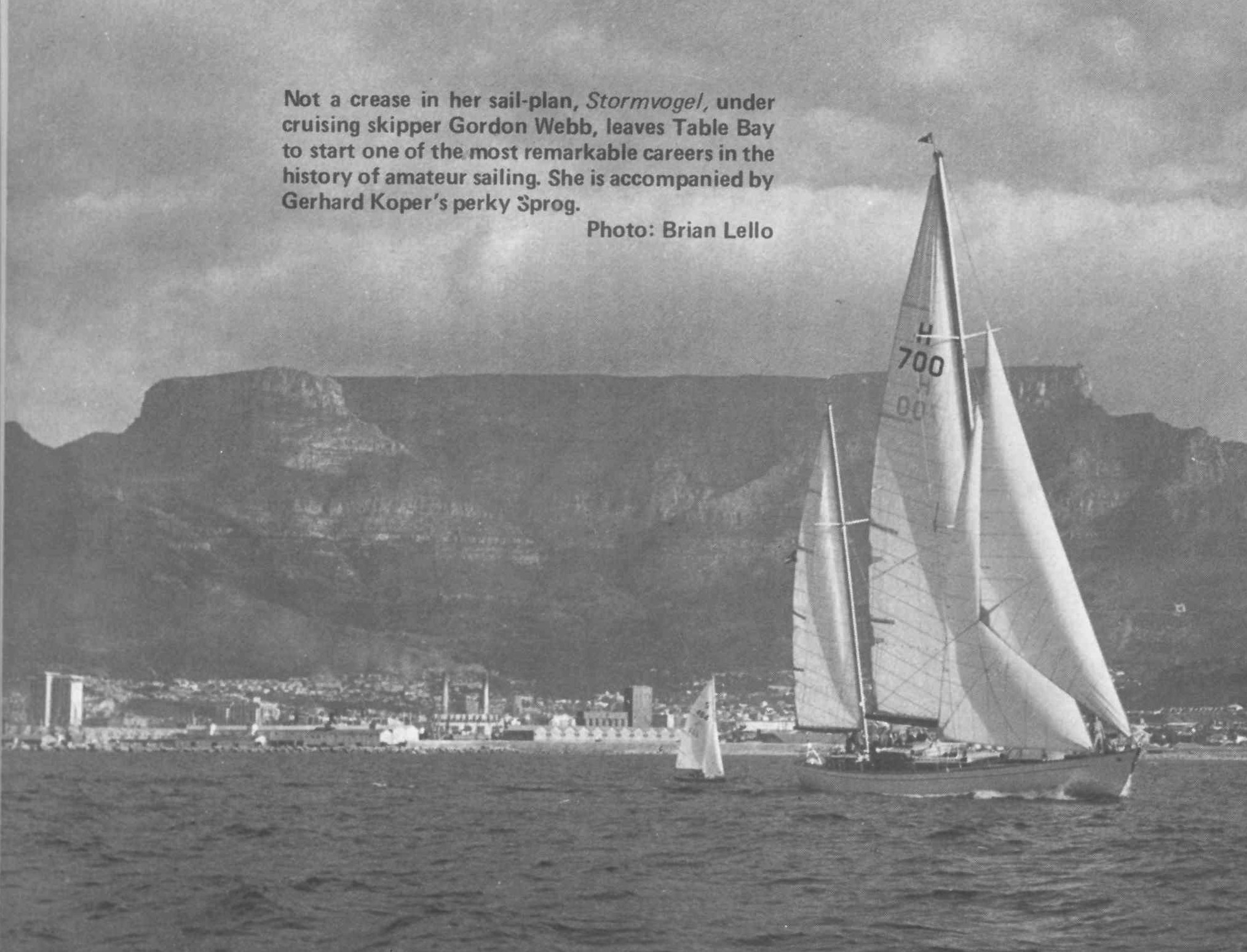 This second part of what is titled the “C.B. Saga” today covers much of the personal part of the ‘Stormvogel’ racing era, with Bruynzeel bringing in personalities and some of his philosophies and thoughts on ocean racing, such as the following:

“Talking about crew, we sailed with young people who had to pay for the pleasure of getting wet and seasick. But it worked well. We had a pleasant atmosphere on board and the youngsters learned, during our cruising going to racing dates, enough of sail handling to be good crew members in the races.”

Regarding the cook, the entire piece being worth worthy of reading, he concluded with the following: “This process proves that character is more than experience”.

This is interesting as few today have women crewing. “The girls have their berths in the forecabin. The second day out the girls found me in serious mood and asked: “CB, what are you thinking about?” I told them that I was wondering whether the extra sails we got on board in Los Angeles, stored in the forepeak, did not affect the trim of ‘Stormvogel’. I told them that I was considering putting the sails in their bunks which they thought a great joke.

“However, an hour later when the sails from the fore peak were stored in the forecabin, barricading the girls’ bunks, they came with bitter complaints that they could not get in or out of their bunks, nor wash, powder or paint without climbing over mountains of sailbags. It took more than an hour to convince them that it was in the interest of the game and this was their share in the hardships of ocean racing!”

This and many other gems are to be found in this editorial.