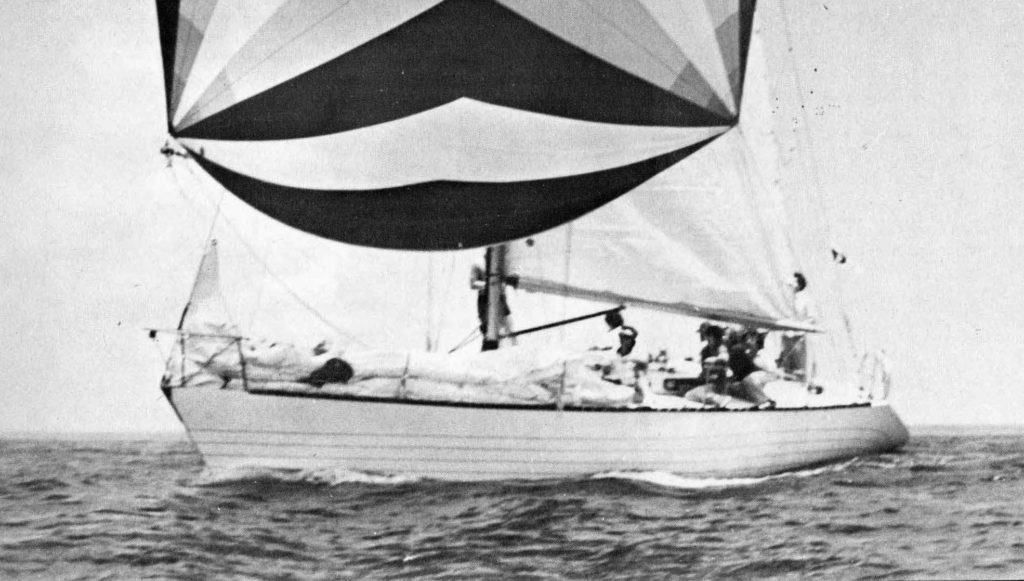 Sensation during the 1981 Agulhas Race.

The Agulhas Race was always one of those races ocean racing yachties always aspired to compete in as they wanted to pit their skills against some of the best exponents of ocean race, plus the elements. Like the Vasco da Gama Ocean Race, the Agulhas race too is tough, uncompromising and not for the feint-hearted.

The 1981 Race report from Yachtsman RSA magazine popped out at me for various reasons, least of all being that there were many an international competitor on the race, and none as experienced as Irishman Harold Cudmore and Brit Bob Fisher.

They had come to RSA to compete aboard the two brand new Two-Tonners, ‘Sensation’ and ‘Nutcracker’, both designed by Angelo Lavranos for Neil Bailey and Dieter Mielke respectively.

There was little “vasbyt” on this race as conditions were light, yet there were tense moments aboard Sensation throughout the race, but to get that info you will need to read the reports below from both national sailing magazines.