“Talking Sailing” From My Archives. Tabarly Shows His Hand – At Last 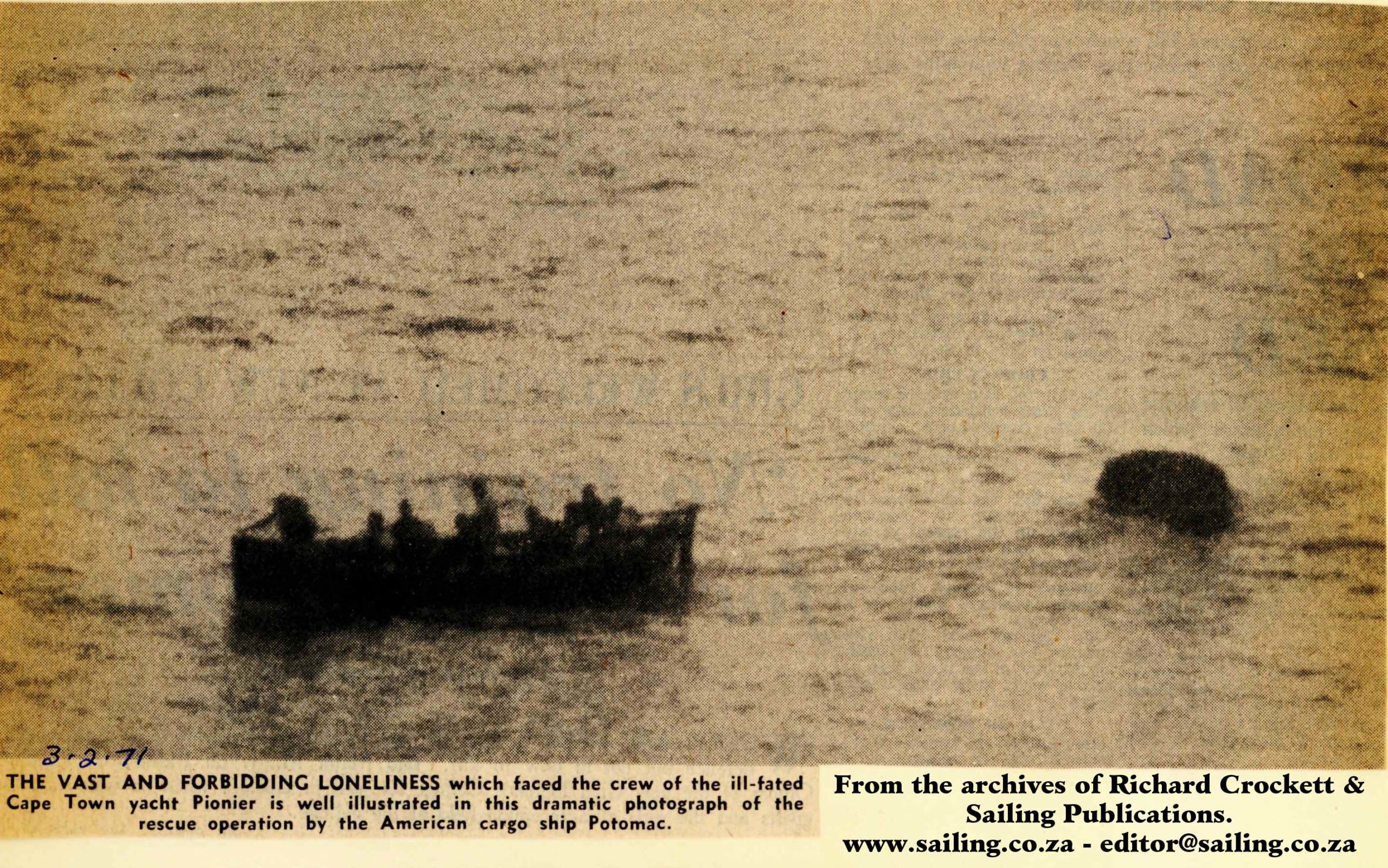 7 photos of the Pionier Crew arriving in Cape Town

Sailing is one of those sports where there are no referees or umpires watching every single move of each yacht as it competes in a race. Instead, every single person aboard is a judge who is expected to play by the rules. Now, having not read the rules for this 1971 race, I am pretty sure that the daily position reporting was a rule, which is why many competitors are fed up with Eric Tabarly’s, skipper of ‘Pen Duick’, lack of daily position reports. It smacks of a lack of respect for the rules and also simply not playing fair, which is why some vocal skippers have indicated they may lodge a protest on this matter at the finish.

Some believed he may be hiding his position thinking he was heading the fleet, although his latest position shows him to be 4th closest to Rio and 9th on handicap – so not a contender – yet anyway.

The yacht closest to Rio was the British yacht ‘Ocean Spirit’, with ‘Albatros’ and ‘Mercury’ dropping right out of contention due to the light winds they were experiencing in the south.

Hogging the newspaper headlines today was ‘Pionier’ and her crew who were docking in Cape Town after being rescued by a freighter after 19 hours in their liferaft. We get first-hand info of their dramatic rescue from the crew.

“Pionier Crew Could Have Lived 6 Weeks”. Crew members of the Rio race yacht ‘Pionier’ which sank after hitting a whale, believe they could have stayed alive on their small rubber liferaft for about six weeks.
READ MORE HERE:  1971 02 03 – Rio 1971 – Dave Elcock Collection -000414 – OCR

“Jenifer’s World Was A Rubber Dinghy”. Wearing a bikini top – and trousers borrowed from the captain of the freighter ‘Potomac’ – Jenifer Webb stepped ashore in Cape Town at 7 o’clock last night having decided that crossing the Atlantic is not quite as safe as crossing Adderley Street.
READ MORE HERE:  1971 02 03 – Rio 1971 – Dave Elcock Collection -000415 – OCR 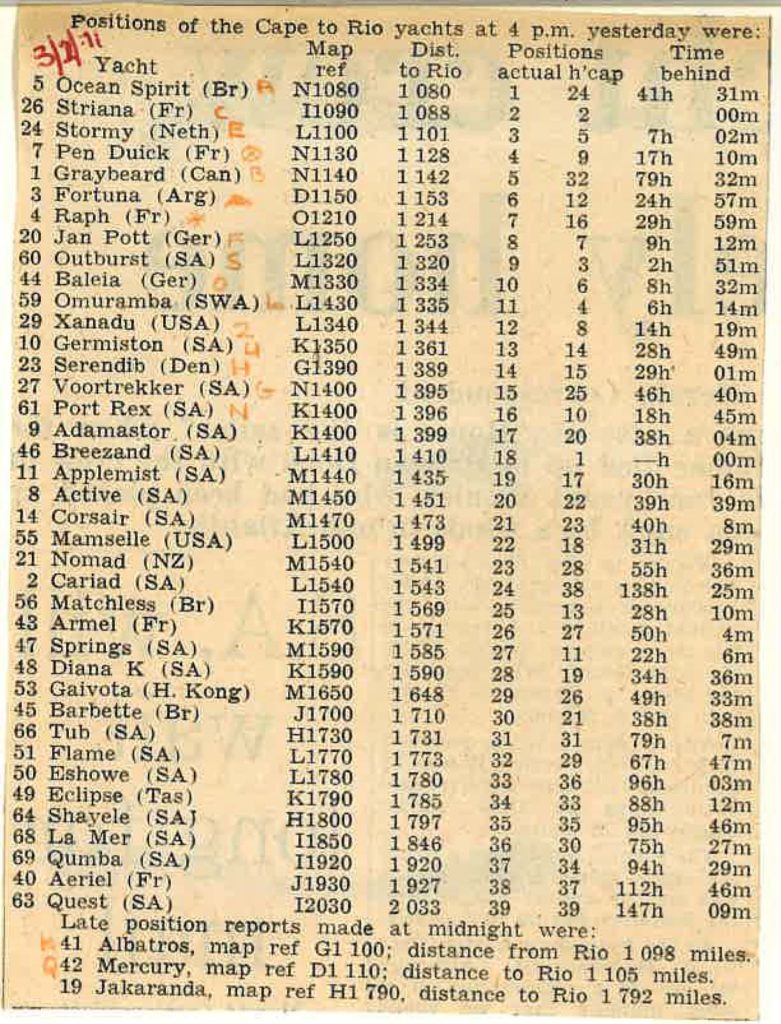 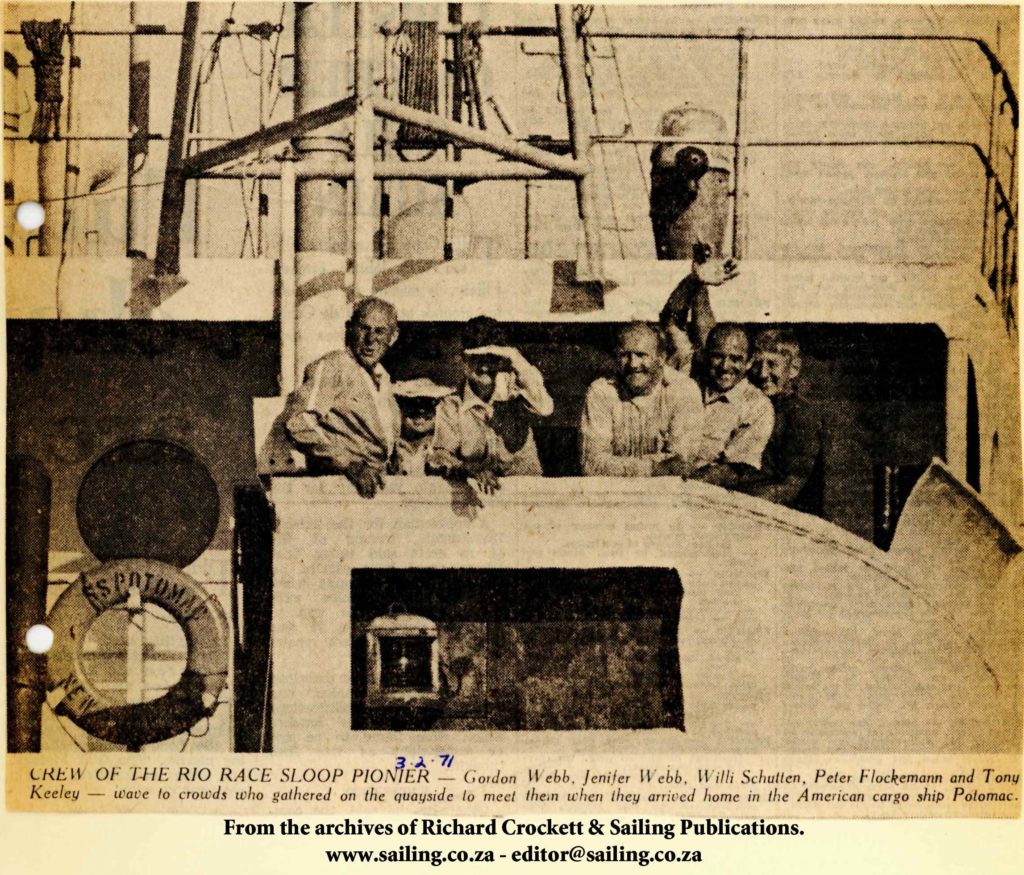 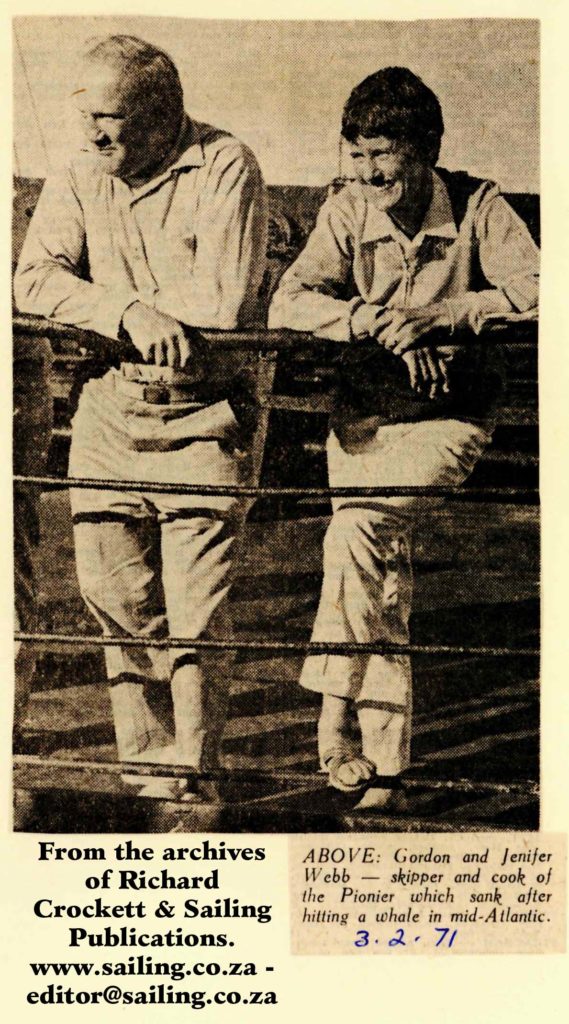 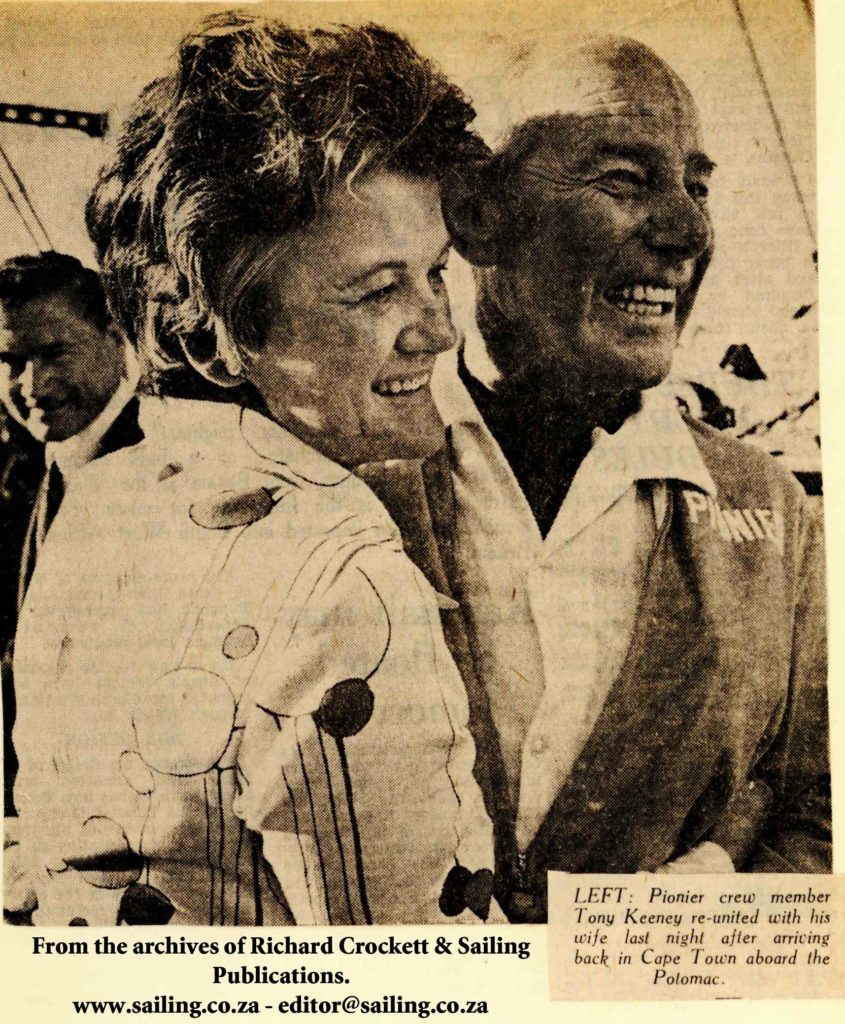 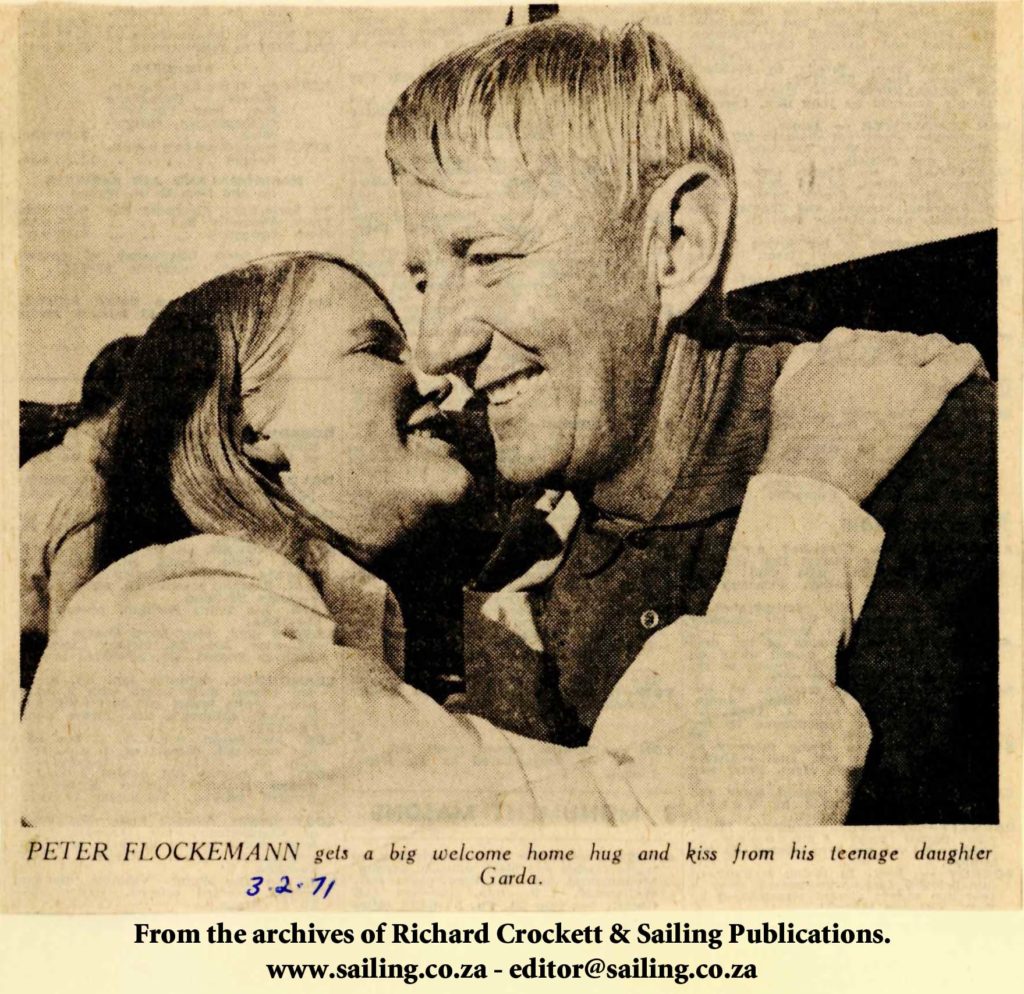 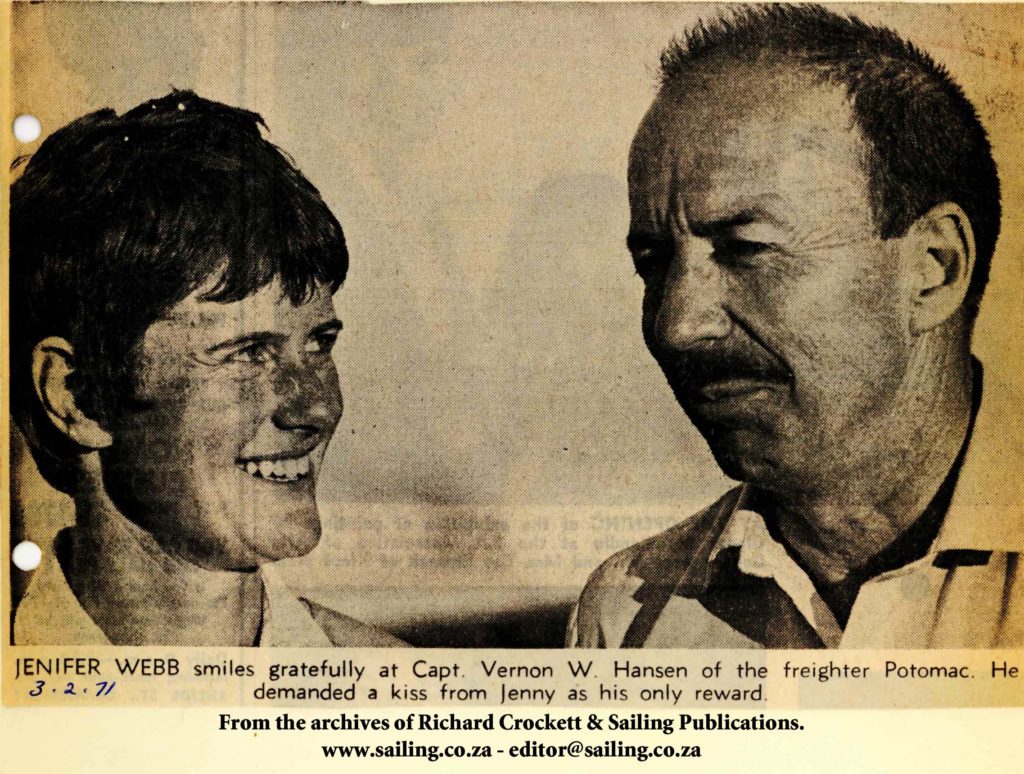 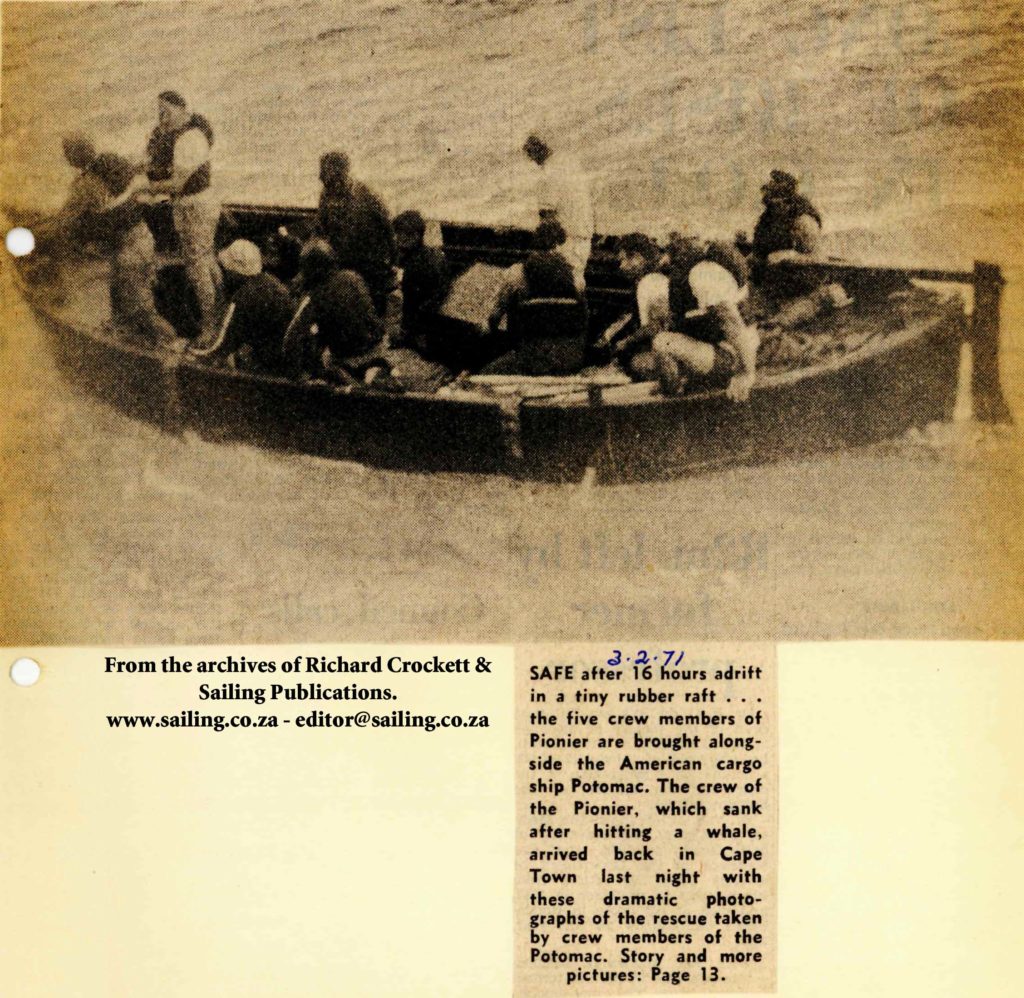