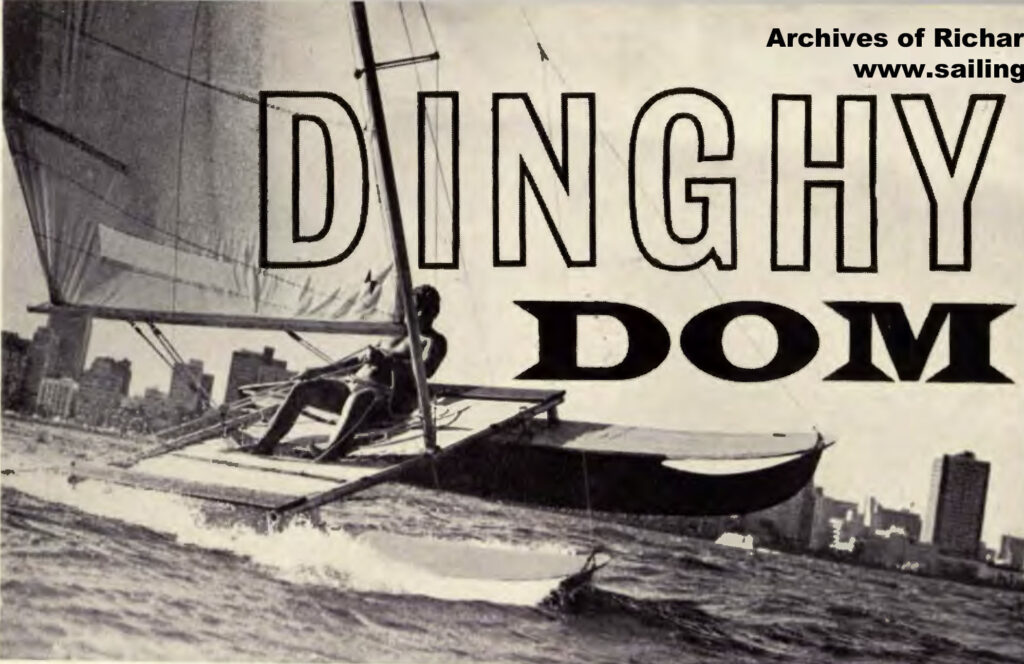 New Surfcat. Sloshing along in fine style is Greg West in one of Durban’s sporty new catamarans designed for fun In the surf. These craft can give the thrill of lifetime in the breakers. The local version is described below by Paul Green.

While my intention was to highlight the very early days of the Hobie Cat, “surf sailing” may well have upstaged the Hobie for a very short time as the report from SA Yachting Magazine in April 1970 shows.

“A new concept in sailing has hit Durban in the form of the astonishing Surfcat. As the name implies it is a catamaran designed for sailing on and off the beach and for surfing the waves in the same way as a surfboard.” stated the opening paragraph.

However the page adjacent to this report I have purposely left available as it highlights some Dabchick news, and especially the very first Natal Inter-Schools regatta which was exclusively sailed in Dabchicks – with 66 boats in 22 three-person teams.

There is also FD and Spearhead news.

Just months after the above Surf Cat report, Rick Nankin tested the Hobie 14 which John Whitmore had been granted a licence to build in South Africa. 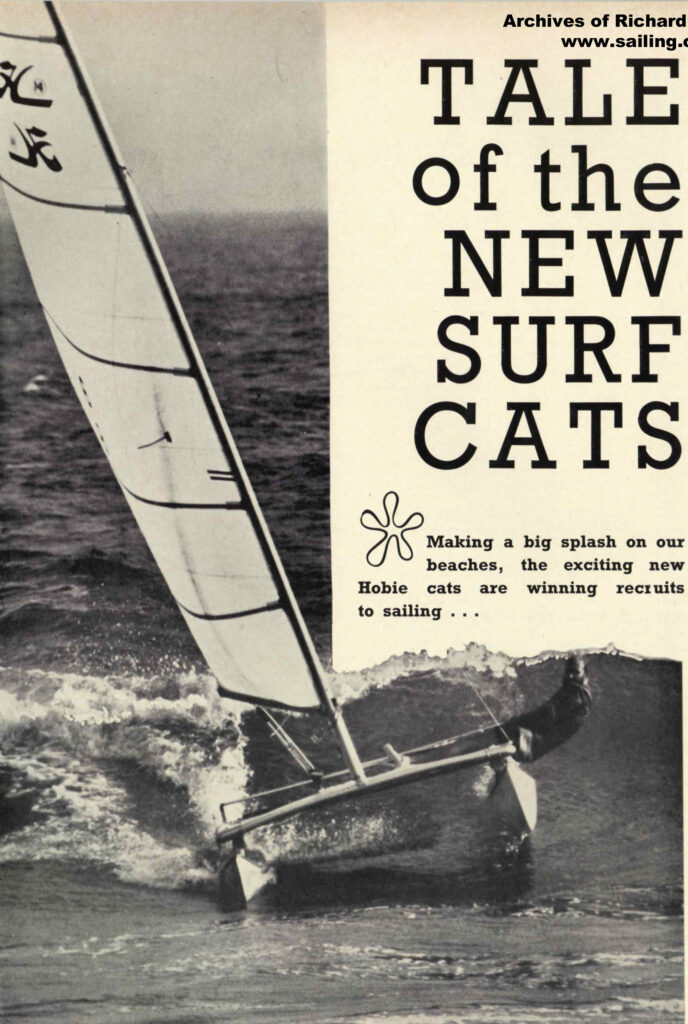