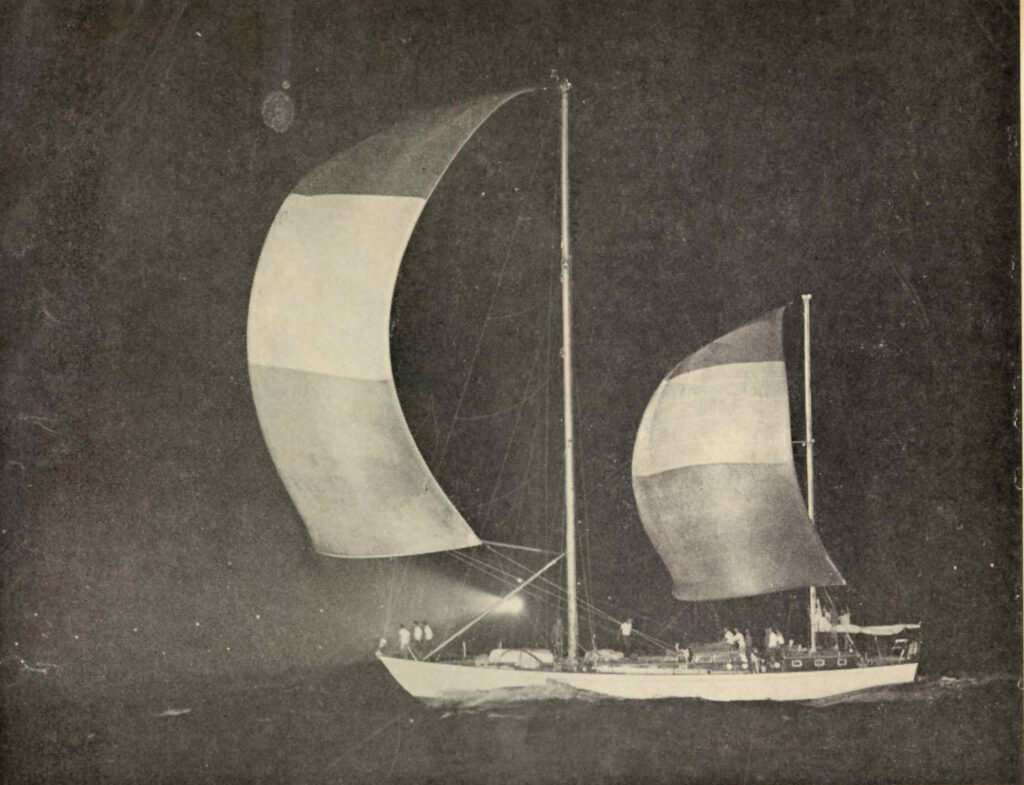 This picture airmailed from Honolulu, shows Stormvogel crossing the searchlight beam that marked the finish line – after her great race across the Pacific – to break the old record for the 2,250-mile Trans-Pacific Ocean Race. She was pipped on the post for fastest time (only six minutes) by the veteran American ketch Ticonderoga. Twin masthead spinnakers, but main boom is broken . . .

This race, 2250nm long, was considered to be the longest ocean race in the world at that time, later to be displaced by the Cape to Rio race in 1971.

Bruynzeel’s vivid personal report of this race is a wonderful read as it talks seamanship, speed, life on board and a constant lookout for the opposition while all the time maximising boat speed.

The report tells how the final handicap result of the ocean classic paled into insignificance against the two-boat duel between the famous American ketch ‘Ticonderoga’ and Bruynzeel’s own ketch, both of them trying to be first across the line and at the same time beat the all-time record for the course held by a very much bigger schooner.

They both beat the record and, after 2,250 miles, ‘Ticonderoga’ pipped ‘Stormvogel’ at the post by only six minutes!

At this time of life Kees Bruynzeel is not obsessed with adding to his collection of mantelpiece silverware. Win or lose, flat-out sailing is what keeps him in this enormously costly and demanding game. The Transpac must have been one of the most satisfying races of his life …