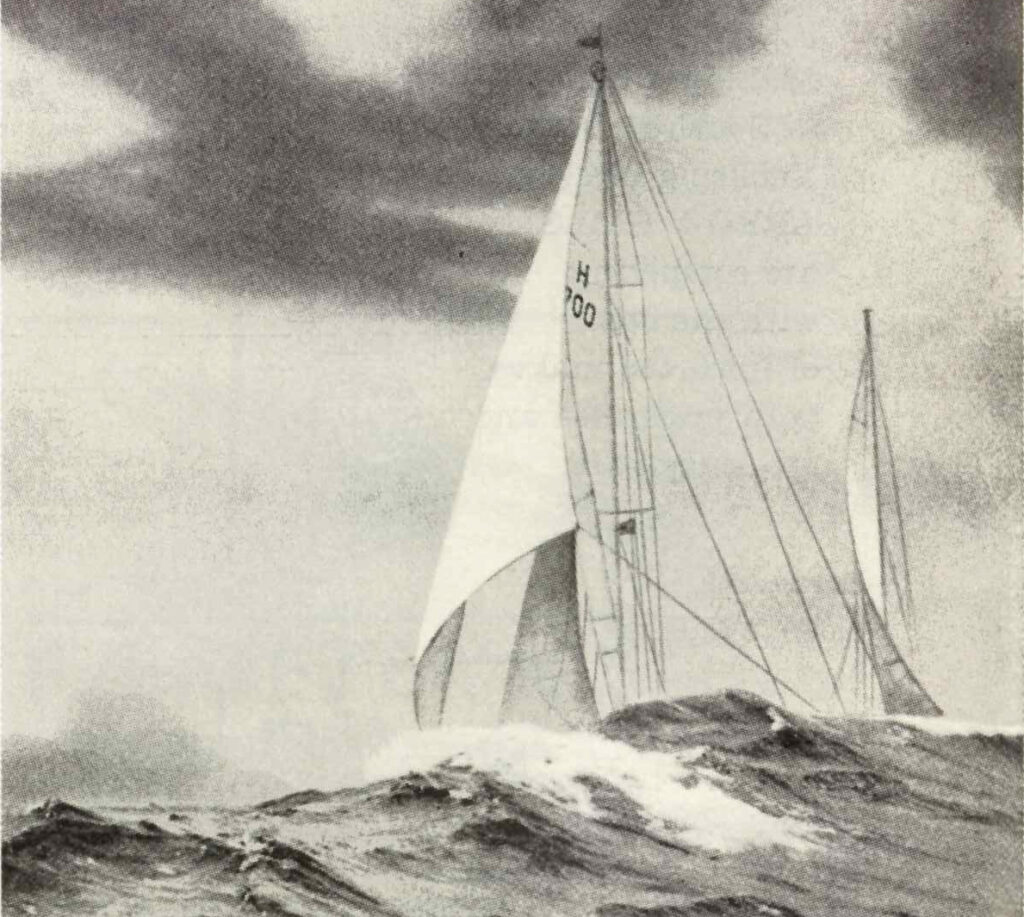 Kees Bruynzeel wrote a pretty detailed report on this race, but what struck a chord with me was the make-up of the crew which he described in his report as follows:

So, all together, there are 17 mouths to feed – 17 mouth of six different countries. South Africa, England, Germany, America, West Indies and Holland, all speaking one language, English, but what different kinds of English!”

Although they did not win, Bruynzeel describes being surprised to receive a large trophy at the prize-giving. “Four days later, when the prizes are presented by the Governor, the first name called is ‘Stormvogel’. l am handed a big challenge cup and a smaller one “for keeps”. Not being aware that we are entitled to any silver, I ask in my amazement an official what this cup is for.

“To put flowers in” is the answer!

“It appear to be for first foreign yacht to finish.”