“Talking Sailing” From My Archives. Stormvogel Fastest in the Fastnet 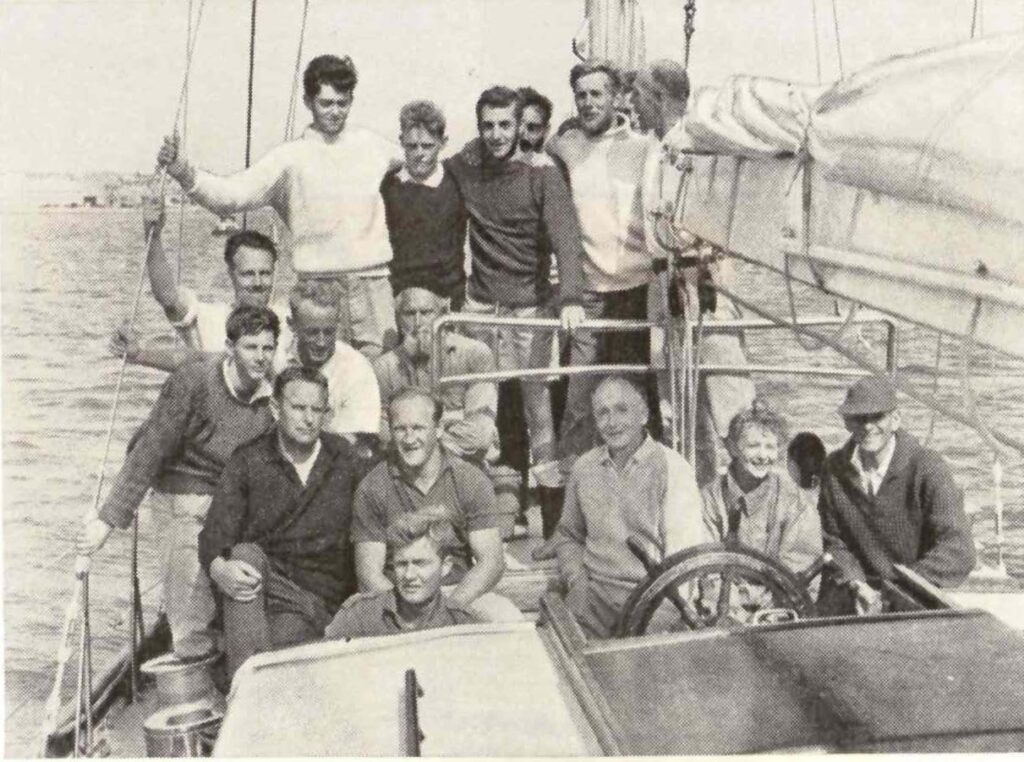 Well, exactly as predicted, ‘Stormvogel’ did everything she se t out to do – with great credit to her owner, South Africa and Holland and, of course, England. Hers was the sort of co-operative effort which is so often a feature of ocean racing on an international level, and is one of its pleasantest sidelights.

Briefly. after an exemplary voyage to Europe, she put up fastest time in every race, but was knocked back on corrected time because of the crippling way a long, light displacement boat is treated by the measurement rule. But this was expected and no one is complaining. after the thrilling sailing that went into those fastest times.

She introduced a dozen South Africans to world-class yacht racing and properly-conducted cruising – and showed that an average bunch of Springboks could crew efficiently enough, under experienced leadership, for a boat that would have broken the long-standing Fastnet record, but for a broken main halliard. And it is worth remembering that the Fastnet is one of the two or three out-and-out ocean racing classics of the world and lived up to its reputation for usually producing the toughest weather.

Interestingly enough, and as pointed out yesterday by David Staniforth, an avid follower of this Blog, that ‘Stormvogel’ finished 7th overall in last years Fastnet Race.

So the old girls legacy continues to this day. What a wonderful old lady?