“Talking Sailing” From My Archives. Stormvogel – An Introduction to this Famous Ketch 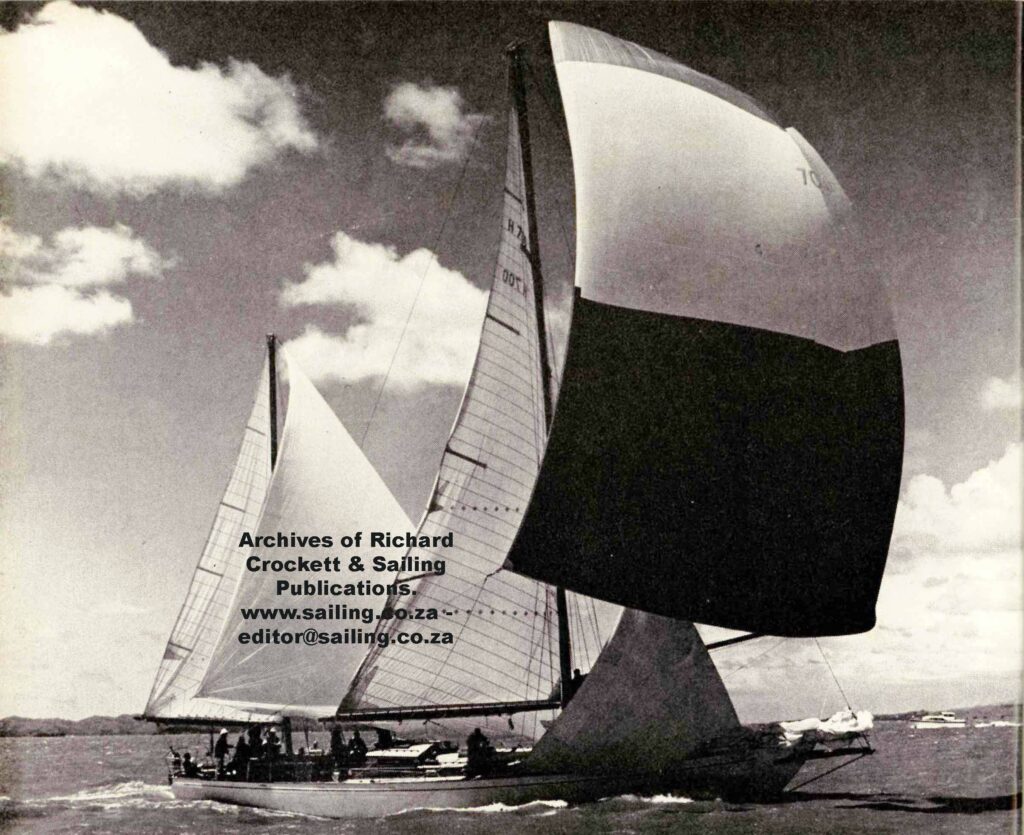 ‘Stormvogel’ is a name that many older South African sailors remember with some pride as she was locally built, competed successfully at the highest levels, was crewed by a healthy number of local crew, but was sailed under the Dutch flag!

For her preamble I unashamedly give you a brief taste of what she was about taken from the book “Yachting in Southern Africa” by Anthony Hocking.

This is how he described ‘Stormvogel’: “For all the glamour they suggest, cruising yachts can never hope to match the glory of the aristocrat of the deep sea, the out-and-out ocean racer. Recent years have seen the emergence of an elite band of devoted yachtsmen prepared to race their yachts around the globe, with expense apparently no object. One of the most famous yachts in this world, in her day very much a pioneer of this kind of racing, was built at a timber yard in Stellenbosch.

Cornelis Bruynzeel was responsible. He had left his native Holland in the years after the end of World War II, and settled in South Africa. Before the war he had already won himself a world-wide reputation as an ocean-racing skipper – with a win in the Bermuda classic, among other things-and he quickly established himself in South Africa.

After the initial successes of his Van der Stadt-designed ‘Zeeslang’ – he imported it to South Africa from Holland – CB decided it was time to opt for a more dramatic craft. He wanted a yacht which would take line honours in every race she entered, regardless of her place on handicap.

CB first consulted the South African marine designer Brian Lello, who roughed out the initial conception. Finally she emerged as the joint brainchild of Van der Stadt in Holland, and Laurent Giles and Captain John Illingworth in England. Her total cost, never disclosed, was in the region of £100 000. The new boat – ‘Stormvogel’ was a 73-footer, in keeping with the maximum then permitted on the ocean-racing circuit. But though Bruynzeel raced her under the Dutch flag, the successes that came to make Stormvogel one of the most famous yachts in the world reflected more on her country of origin.

As the owner’s business interests allowed him to join his yacht for only short periods of time, Stormvogel had a series of paid sailing masters to ferry her from race to race, and a crew drawn largely from South Africa. Bruynzeel would join his yacht a few days before a race started, skipper her to its conclusion, and then leave again while his crew cruised on to meet the yacht’s next commitment.

Stormvogel was soon in the news. Setting off for Europe with a South African crew under Gordon Webb, her first sailing master, she notched her first signal victory with the Fastnet classic, 608 miles from Cowes to the south of lreland and back to Plymouth. The ketch was first round the rock and first home.

Cornelis Bruynzeel gathered an experienced crew for the race. His navigator was a
sexagenarian, one Francis Chichester, who had recently won the first Transatlantic solo. Chichester described his skipper as a ‘cunning old seadog’.”

That’s was ‘Stormvogel’ in an nutshell, yet the best is to come in this series, which commences now, and will run for several days to come.

Her earliest history goes back to 1960 when her build was announced in the pages of SA Yachting. 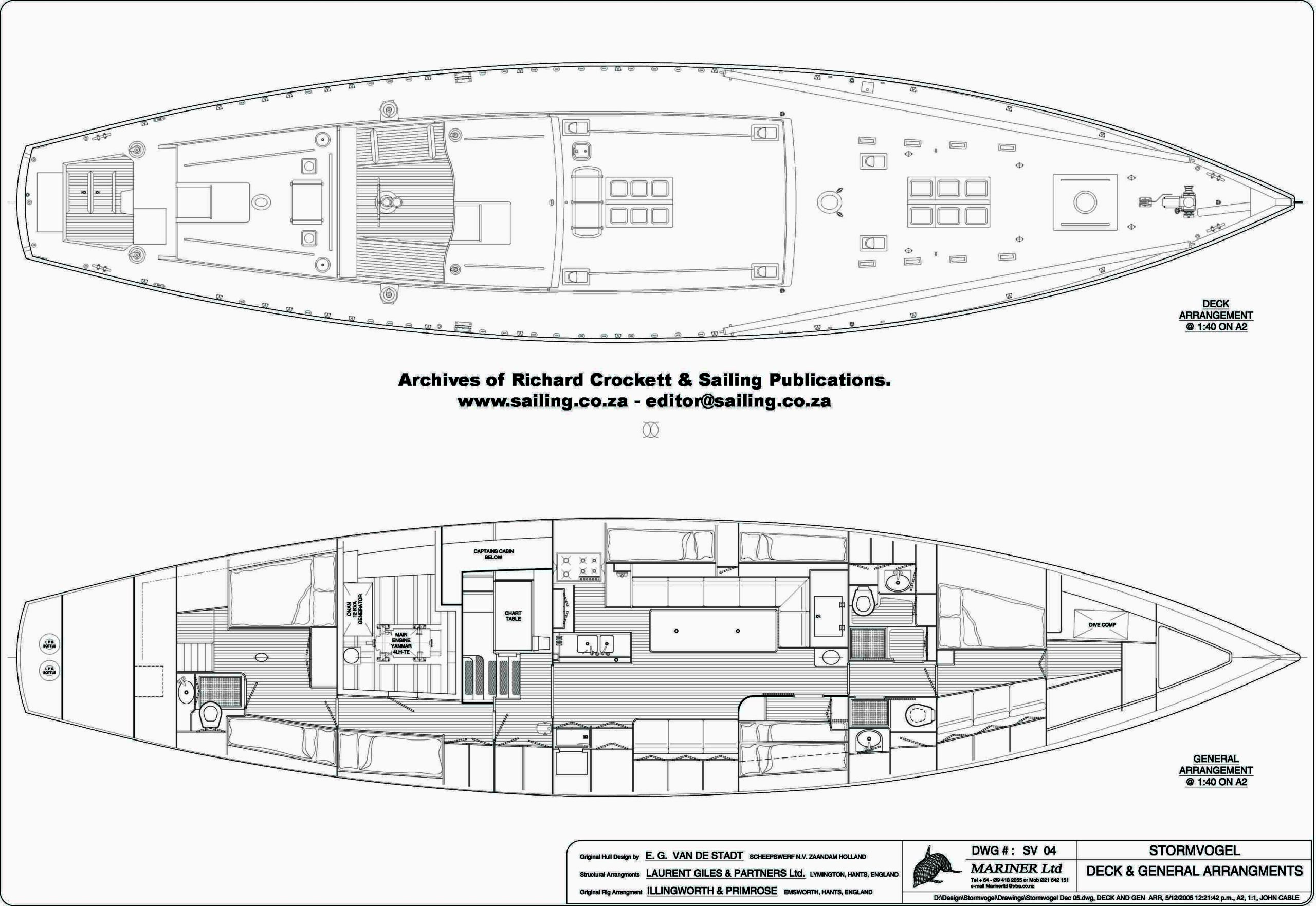 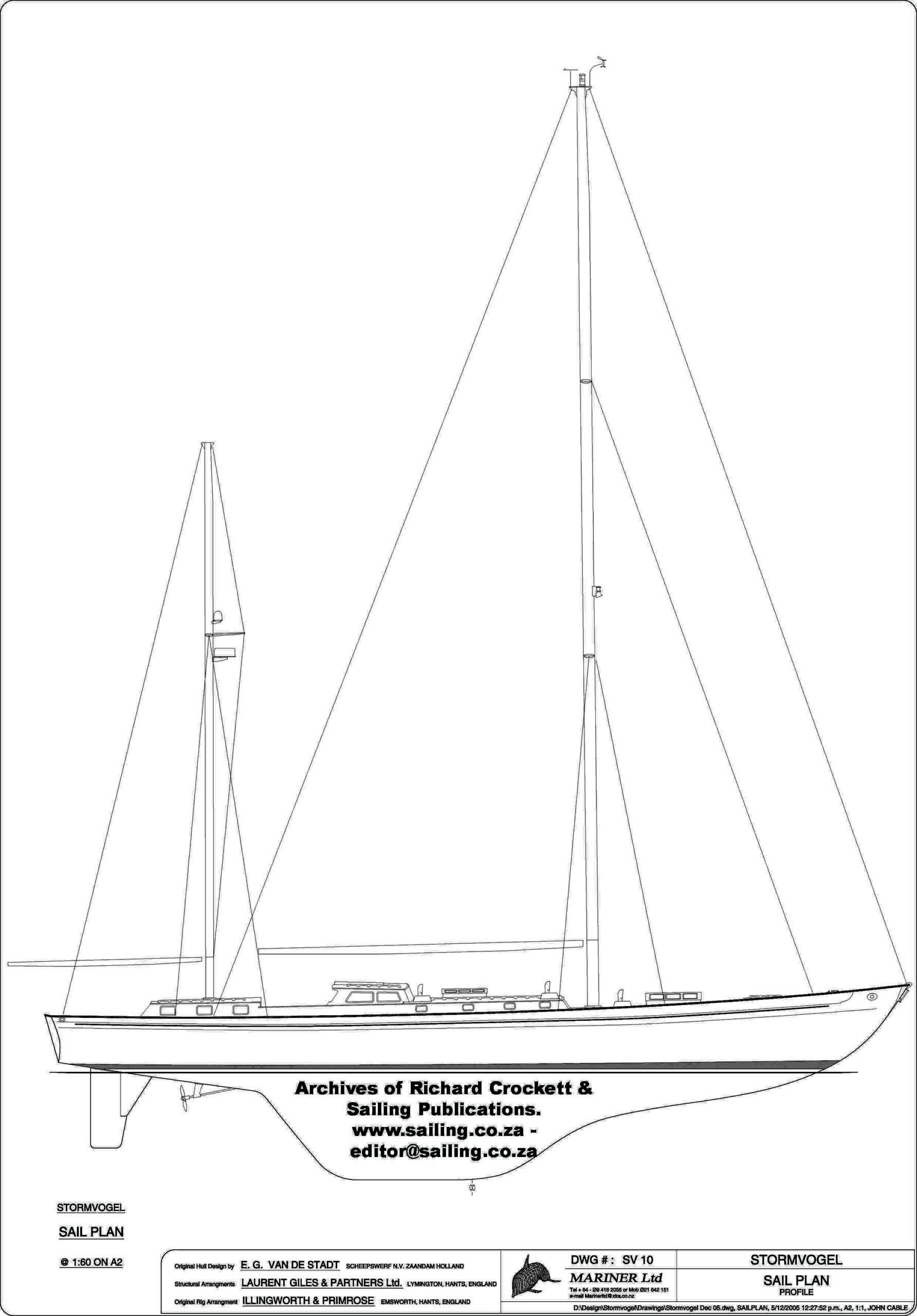