“Talking Sailing” From My Archives. Stocking Up for An Ocean Passage 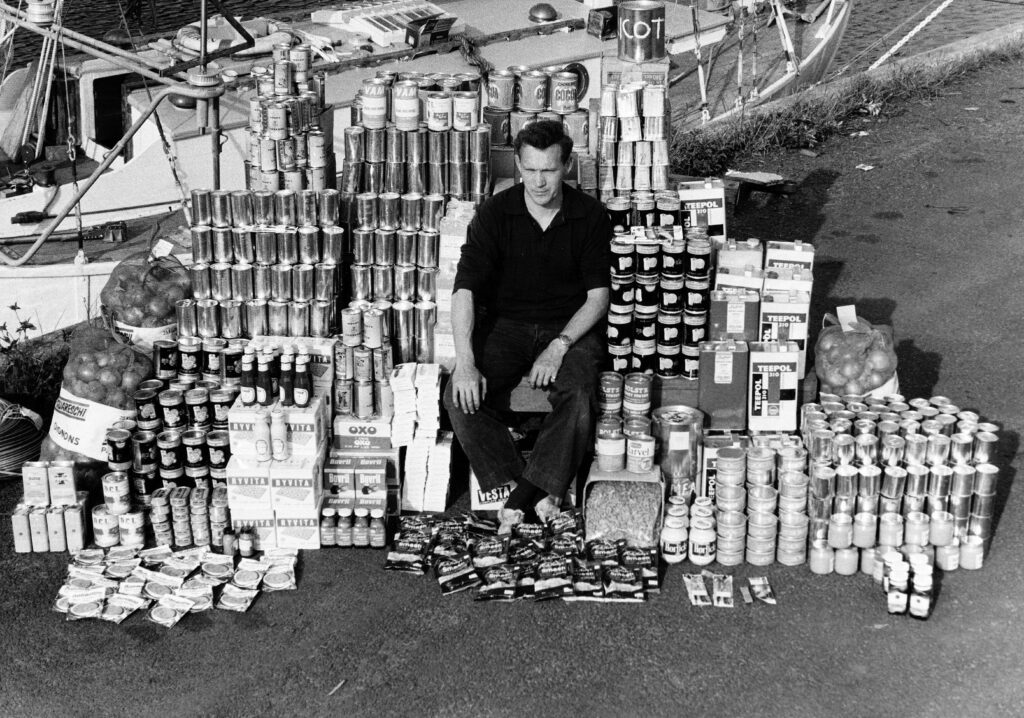 Robin Knox-Johnston pictured with all the stores which he took with him aboard Suhaili.
Pic from PPL Archive

When one looks at the pic of Sir Robin Knox-Johnstone and the provision he stowed aboard ‘Suhaili’ for his epic non-stop solo passage around the world, one realises just how much times have changed as today it’s all about weight saving, weight saving and more weight saving.

Competitors in the early races to Rio would have “packed” similarly, and would also have taken the labels of the cans and written the contents on each can with an indelible pen. And then they would varnish each and every can to avoid them rusting and ruining the contents.

I remember that in the first few Whitbread Round the World races each boat had a dedicated cook who was normally a professional chef, and who would look after all provisioning, feeding and watering of the crew, and little else. They even had fridges and deep-freezes aboard in those days.

By hey man – did the crew eat well in those days!