“Talking Sailing” from my archives. Some 1976 Rio Race Cartoon Humour 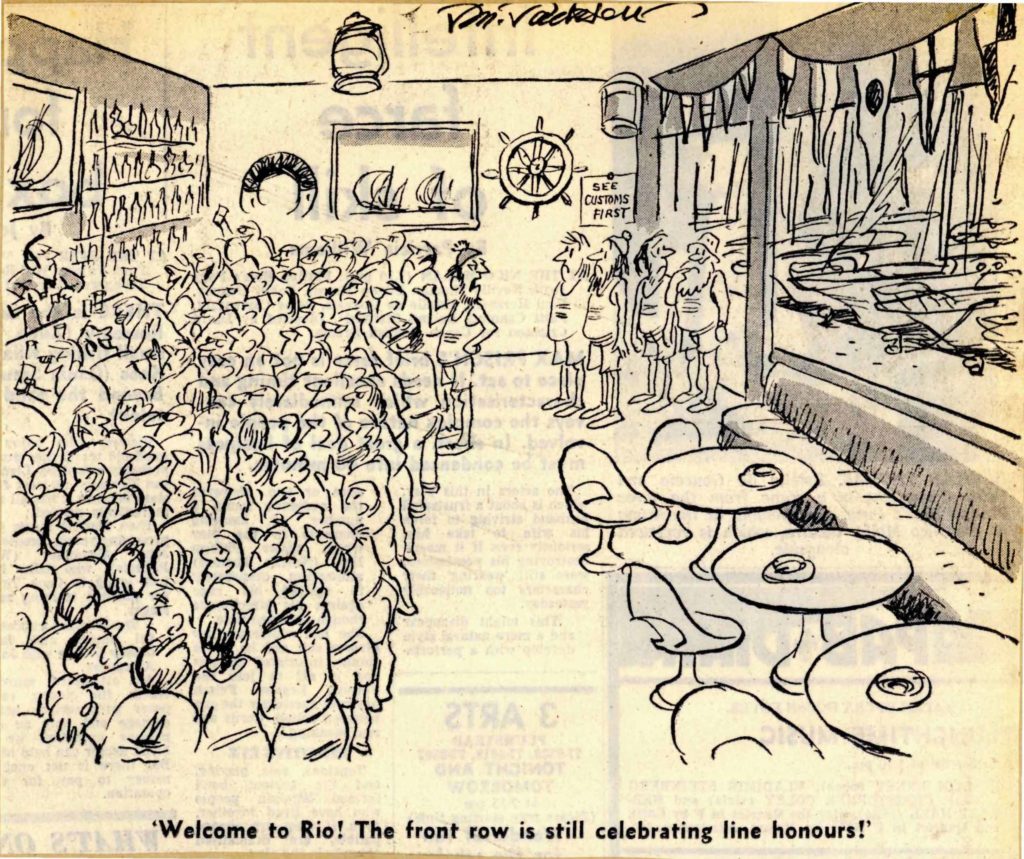 Good cartoonists can really capture a moment, a scene, a situation or a picture so well. The gift they have is so wonderful and rare, yet so often their work is dismissed or simply glossed over. It’s a gift I would love to have as I regularly see things I would like to capture as a cartoon!

So let’s start this week in a chilled fashion with a bunch of cartoons from the 1976 Cape to Rio Race that I have in my archives from the Frans Loots collection of press cuttings.

My favourite is the bar full of line-honours winners at the counter celebrating. There’s a lot to be said for being the first boat home! 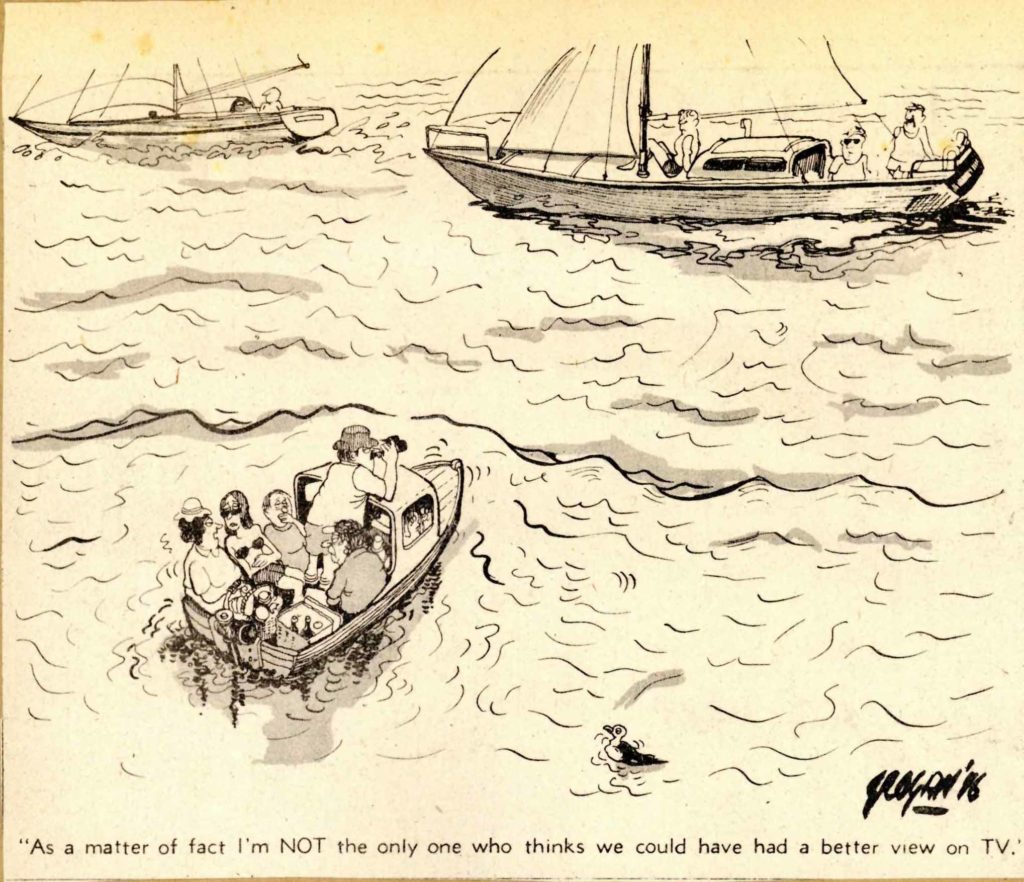 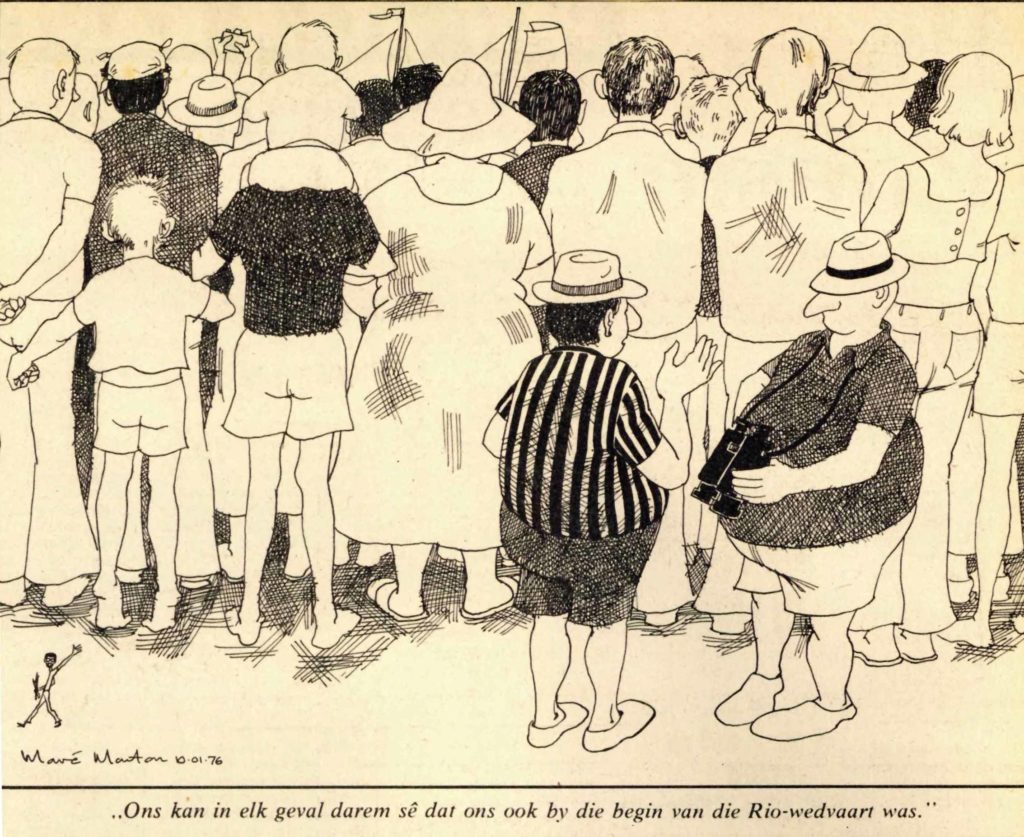 “We can at least say that we were also at the beginning of the Rio Race start”. 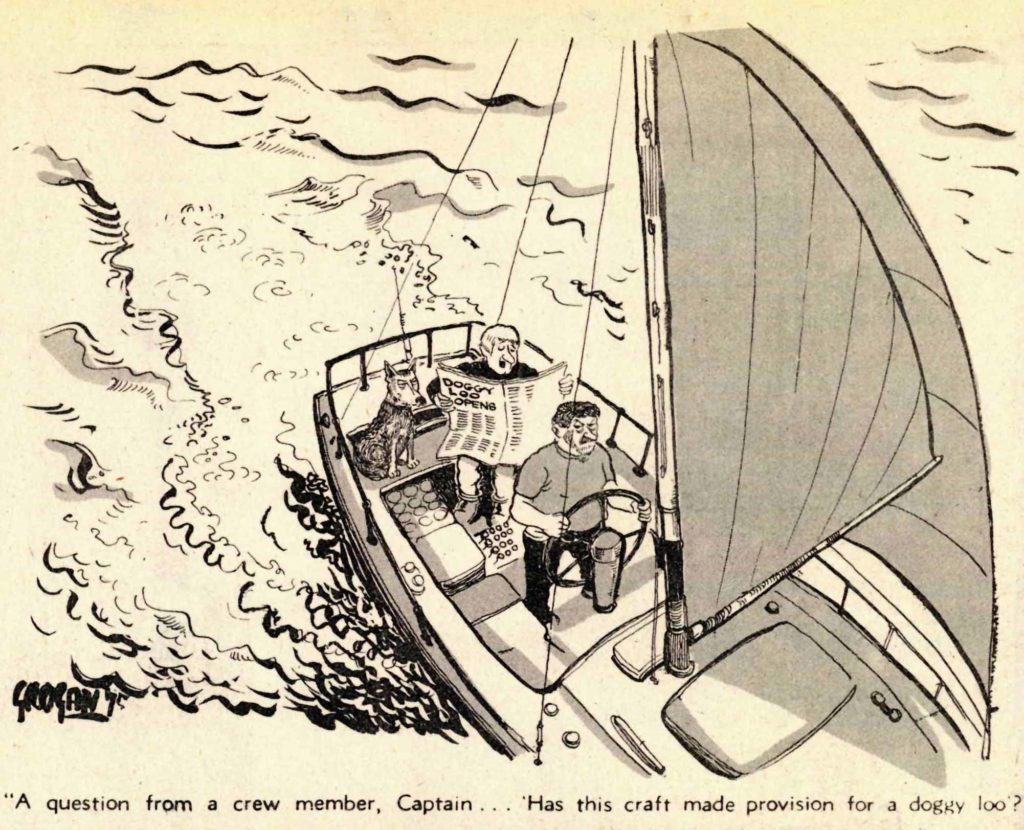 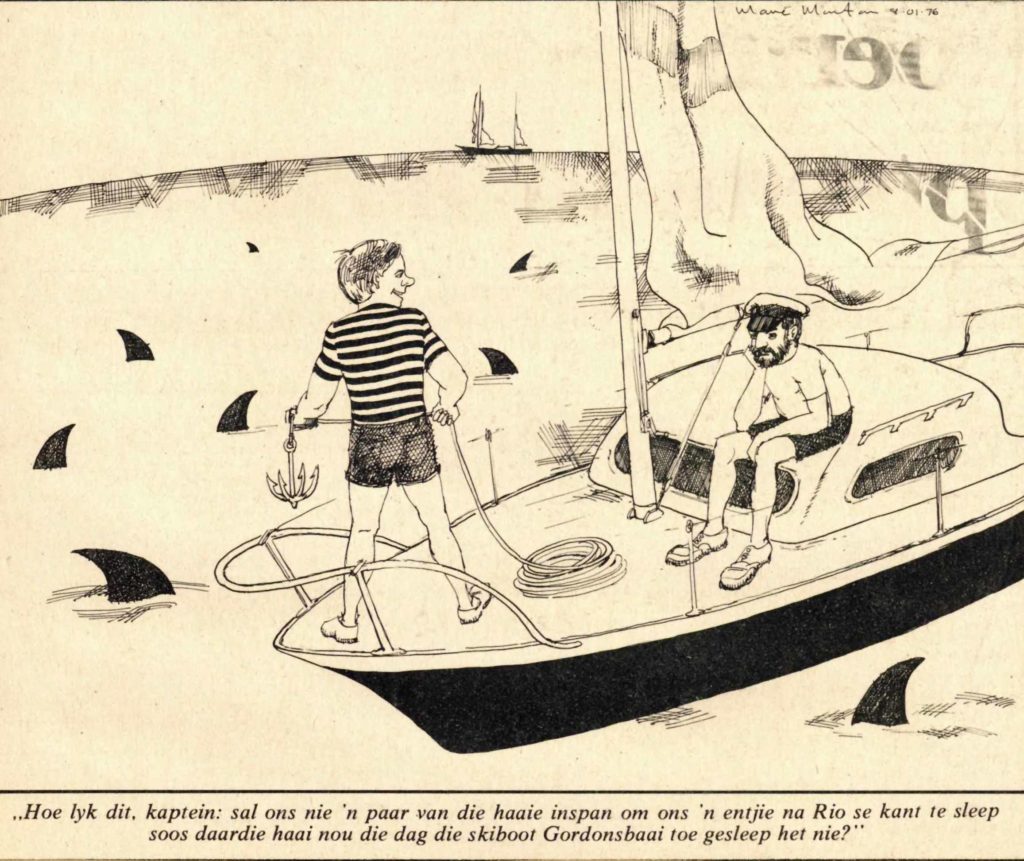 “What does it look like. Captain: Why don’t we use some of the sharks to drag us to Rio like that shark dragged the ski boat to Gordon’s Bay the other day?” 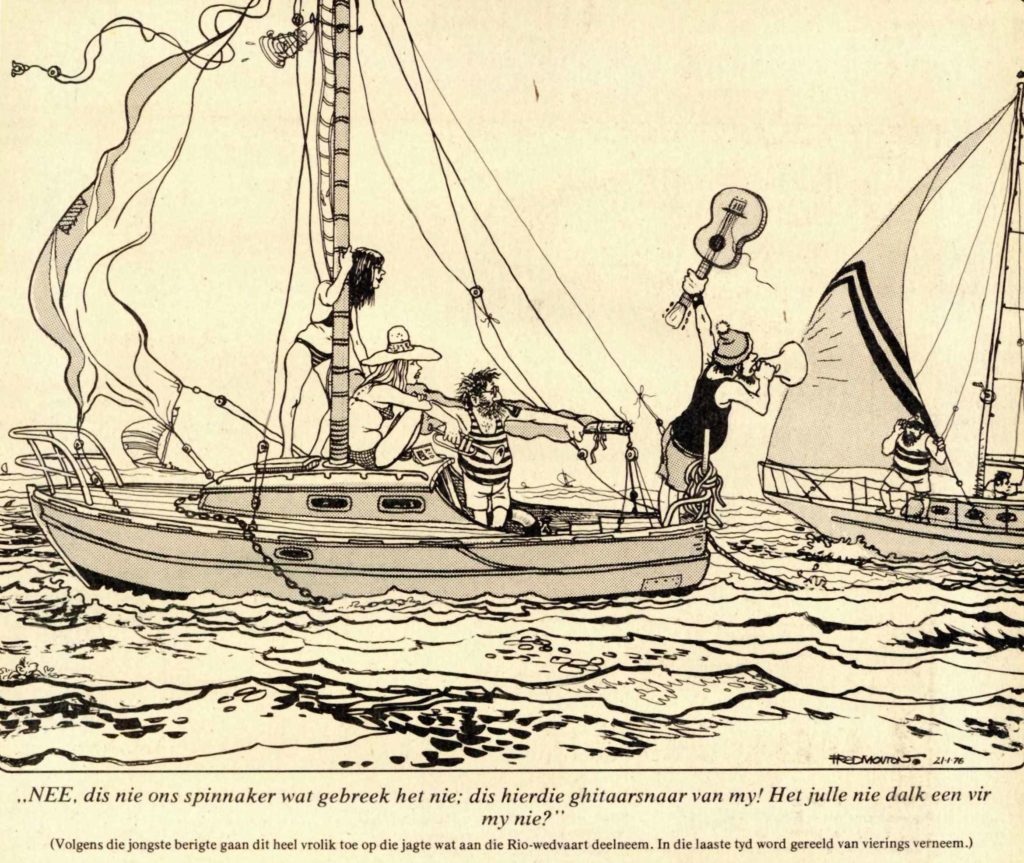 NO. it’s not our spinnaker that broke: it’s this guitar string of mine! Have you one for me? 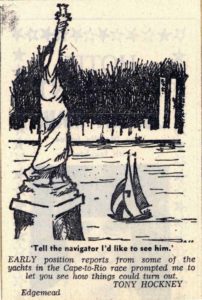 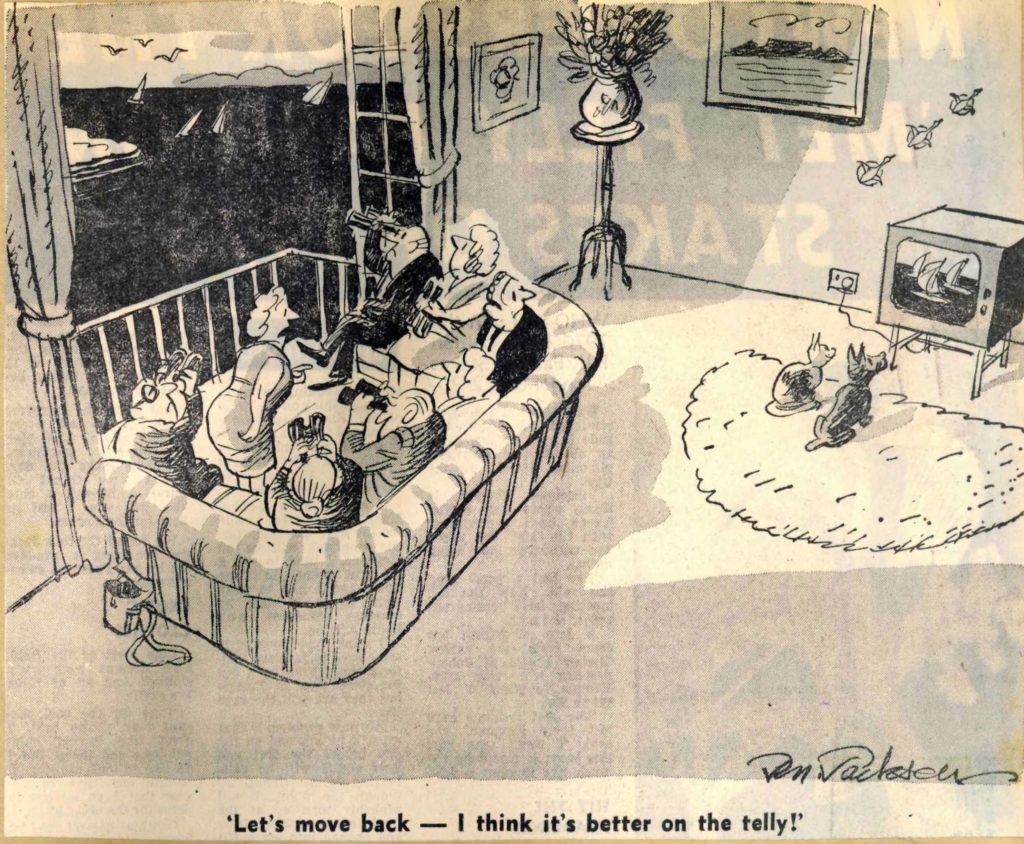 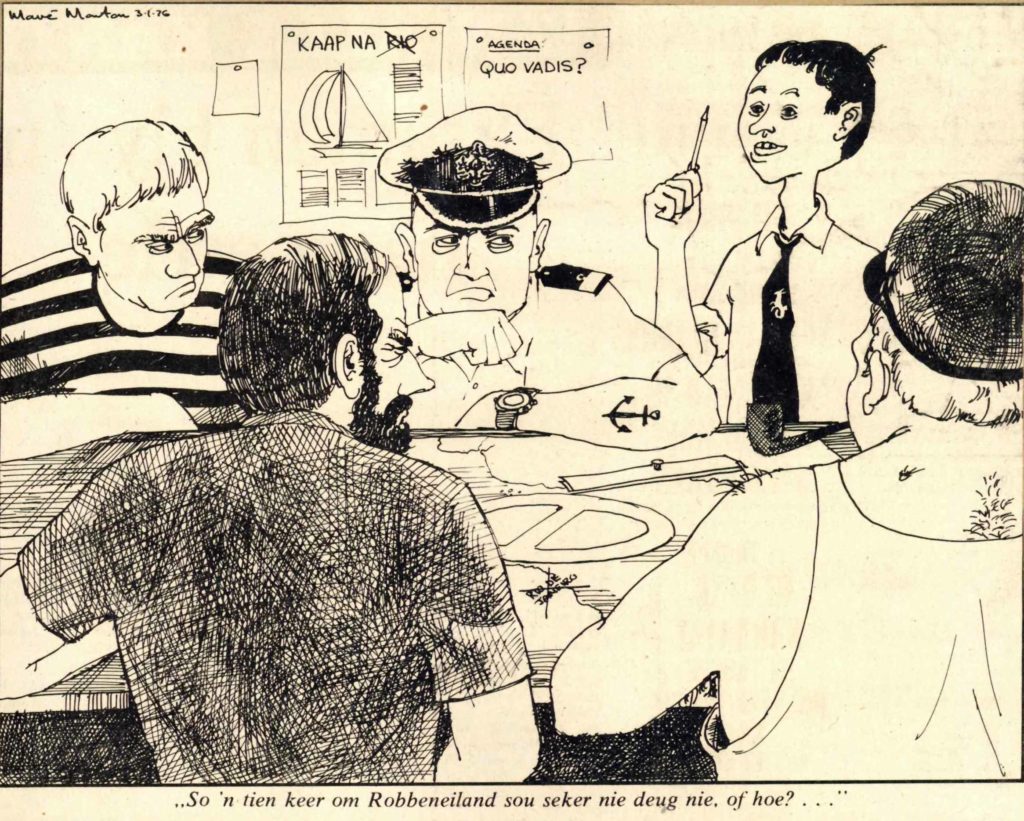 .. About ten times around Robbe Island would probably not do, so how? 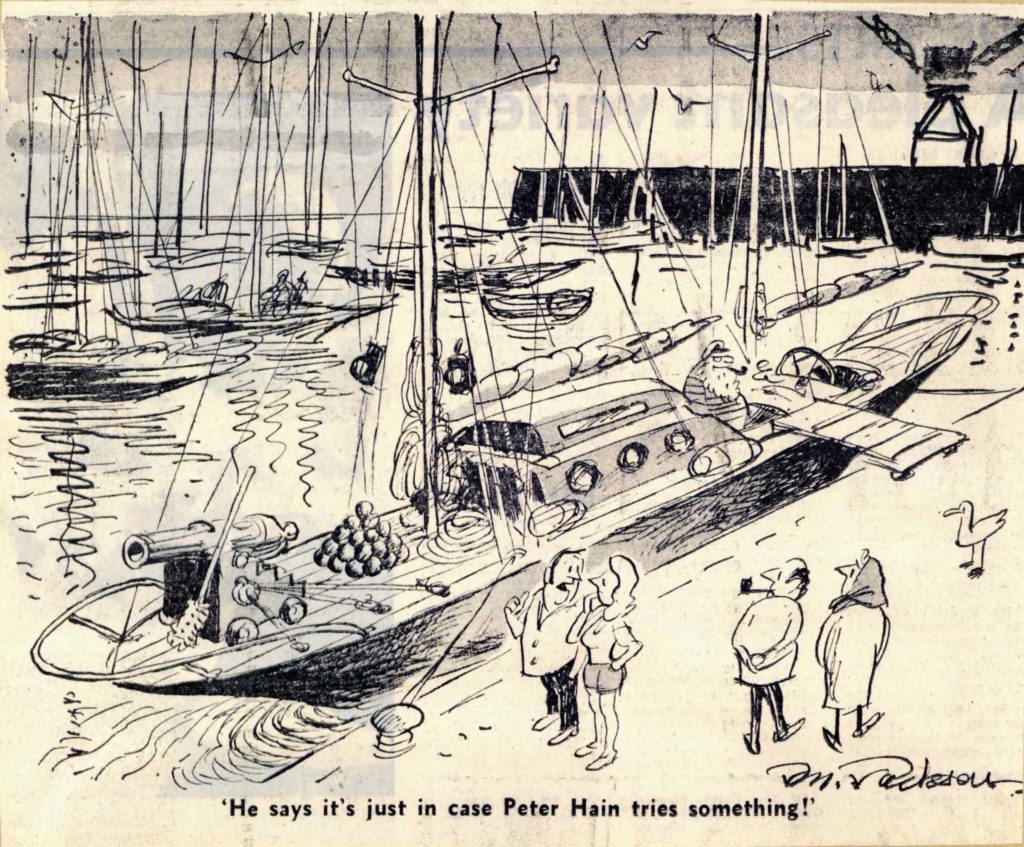 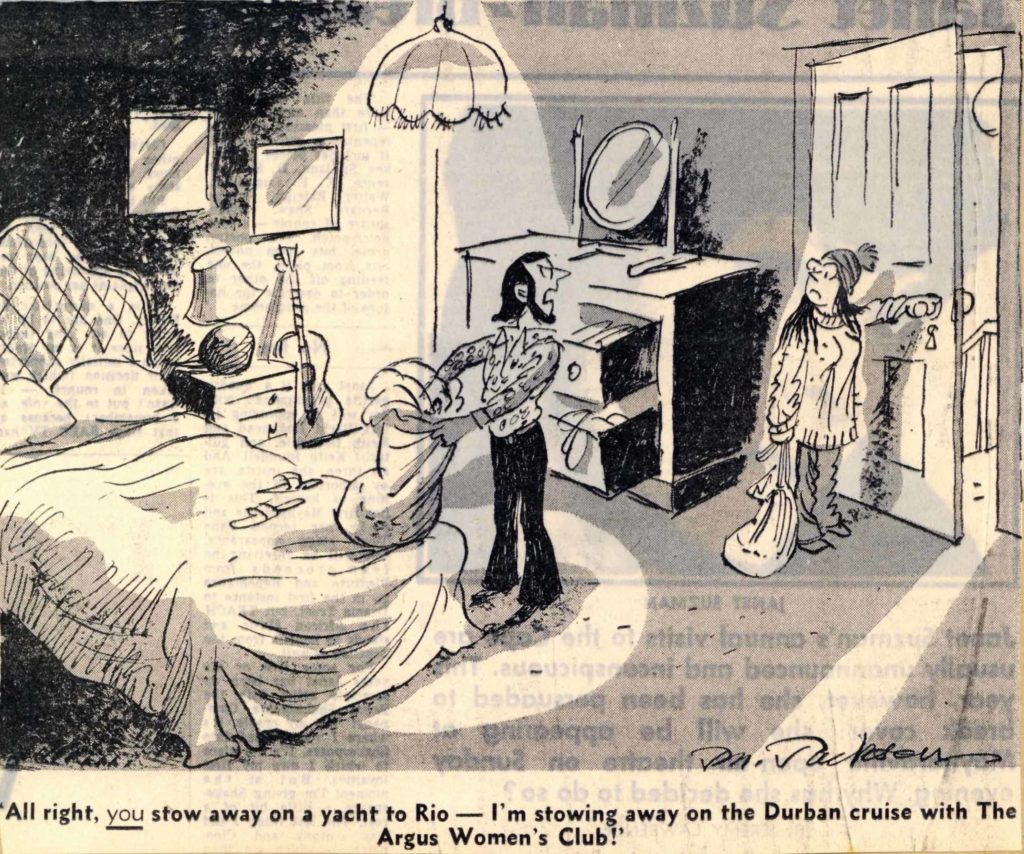 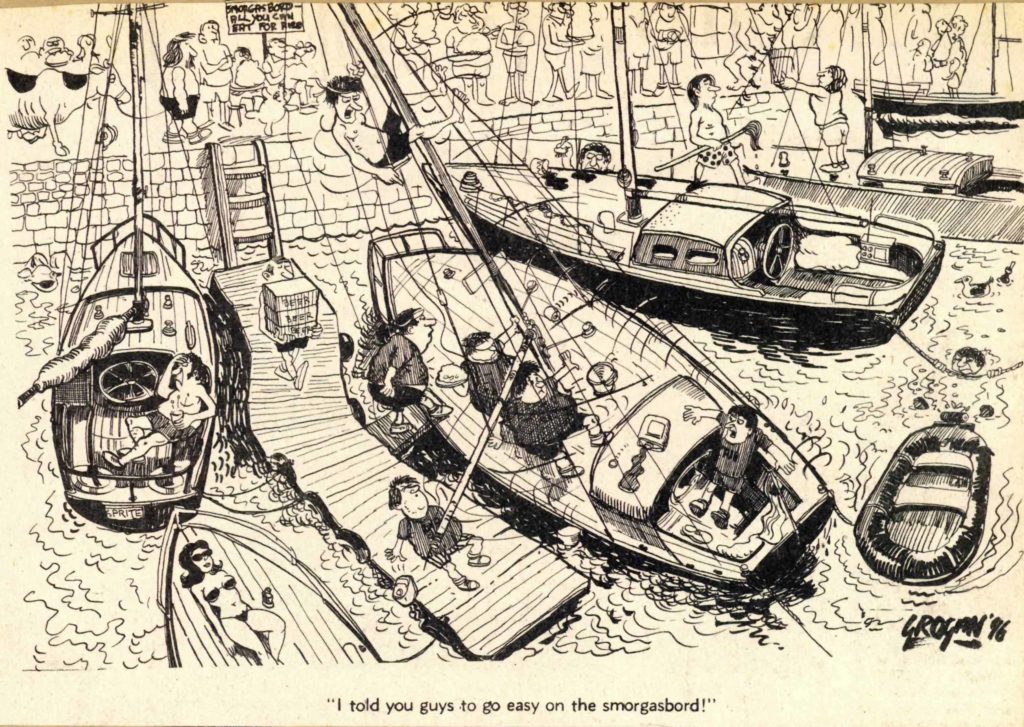 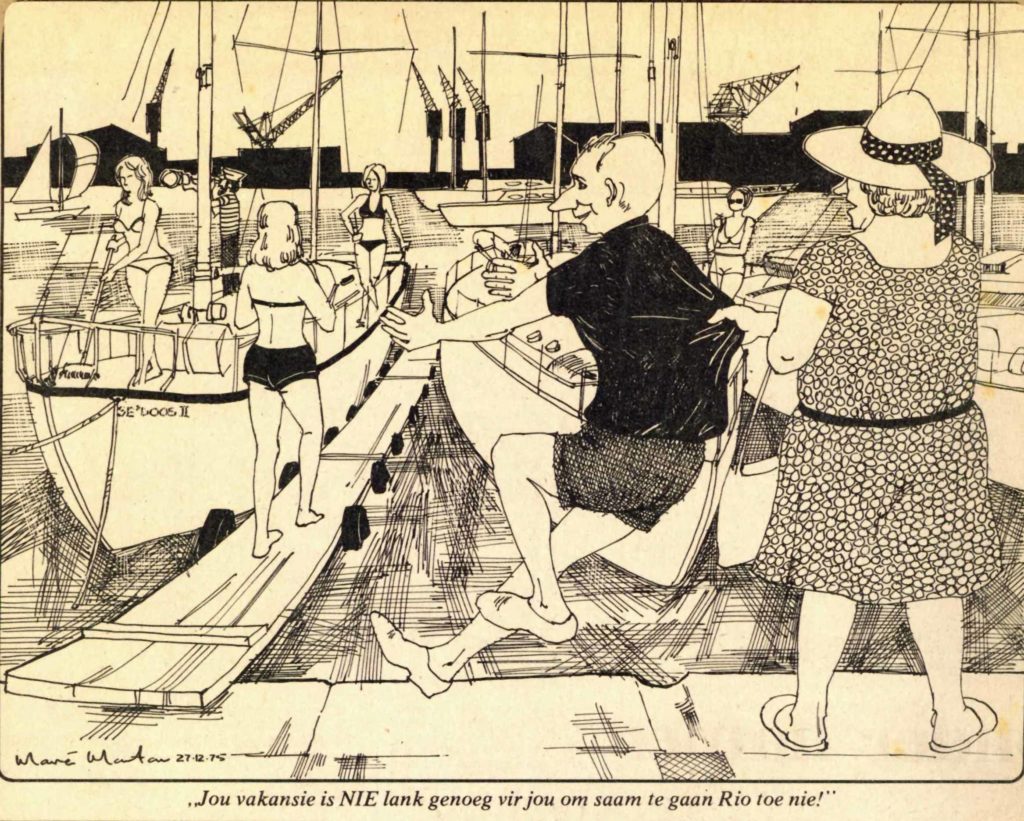 “Your holiday is NOT long enough for you to go to Rio too!” 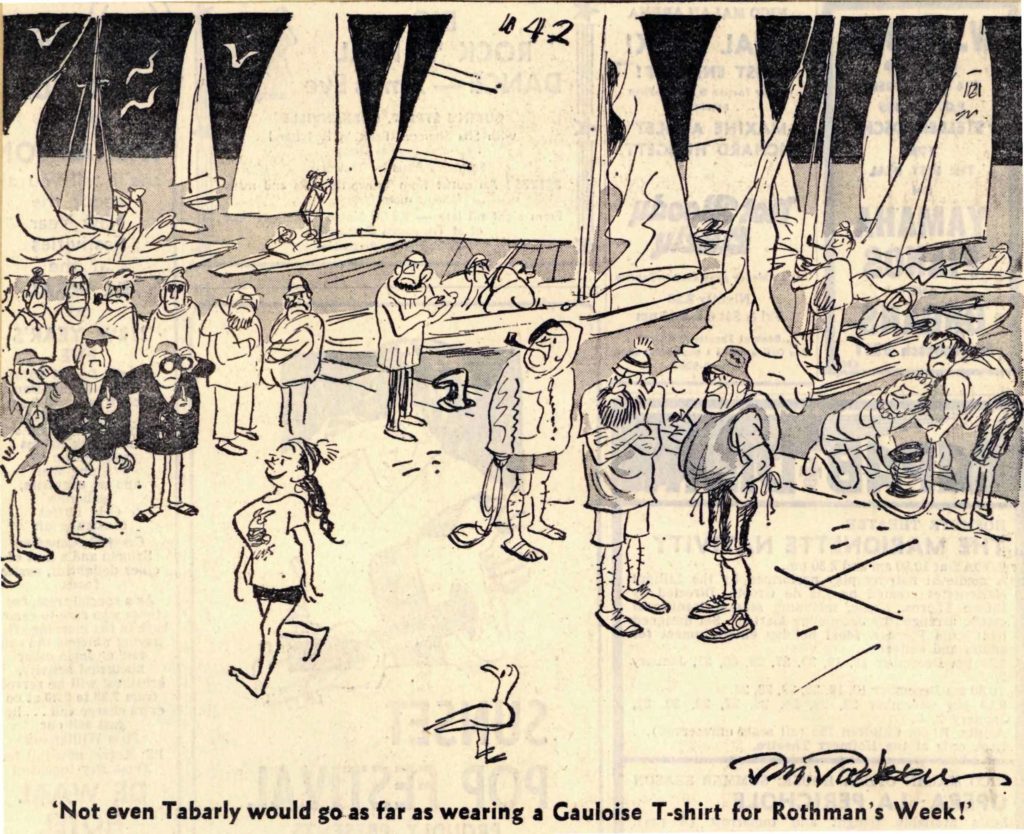 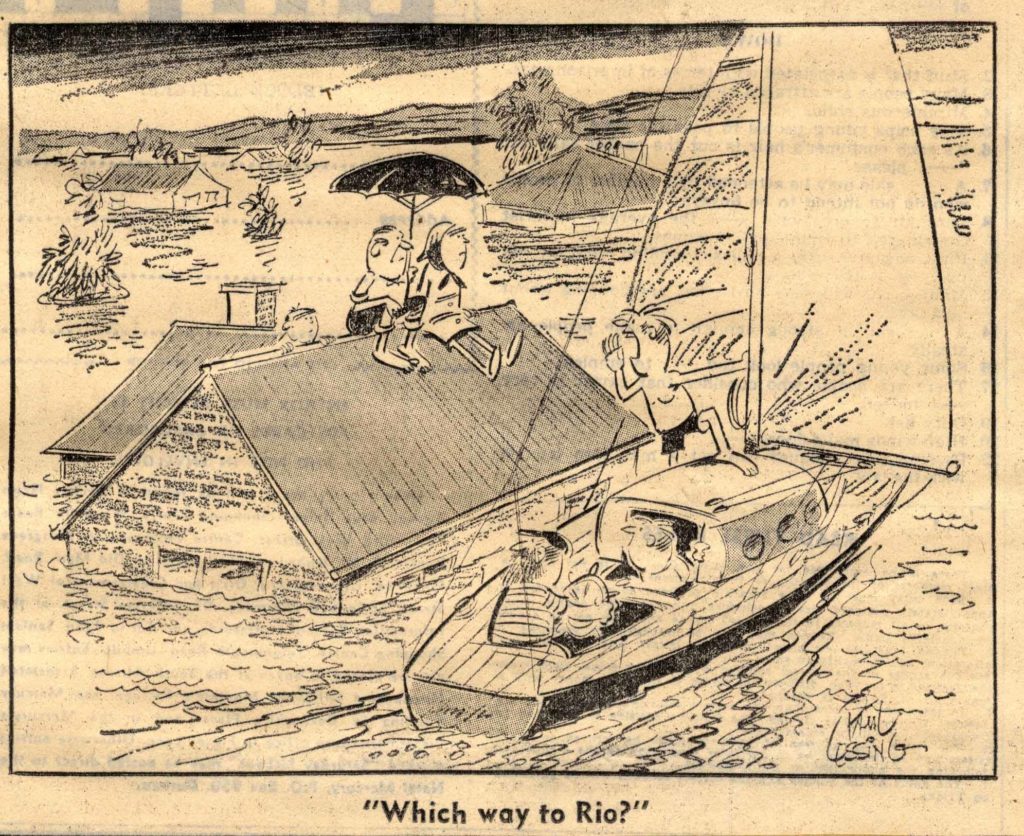