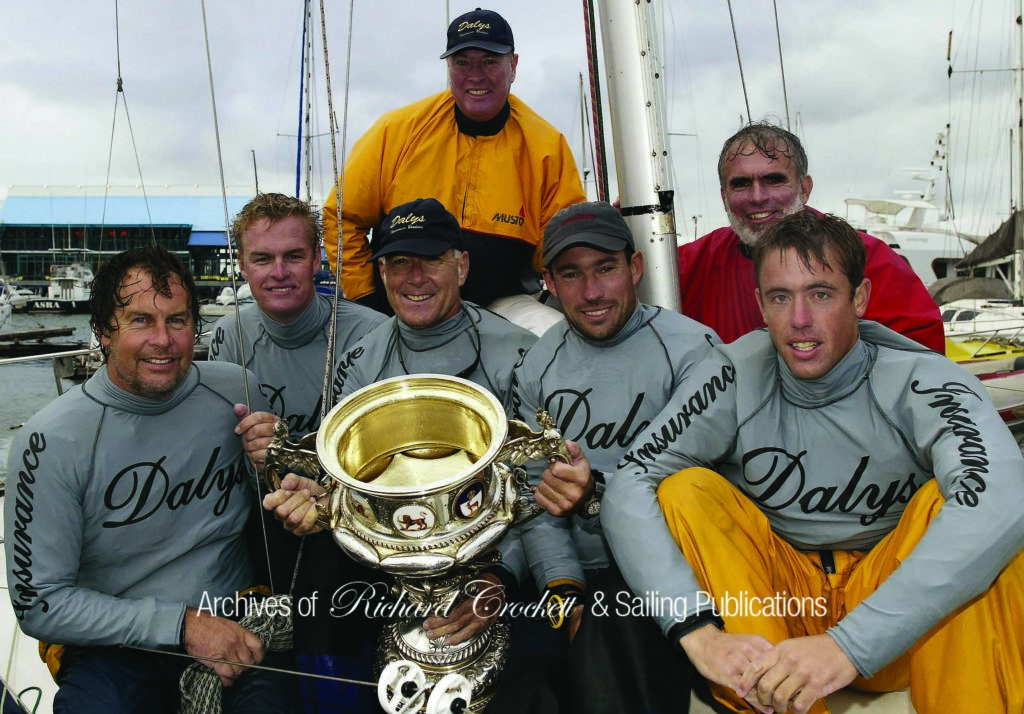 “Due to an incredibly sporting gesture from the Lipton Cup winners in 2002, Zeekoe Vlei Yacht Club, Durban’s Point Yacht Club became the host for this year’s Lipton regatta, held immediately after the NCS Regatta” reported Roy Dunster in SAILING Magazine.

“Durban itself served up a good range of generally superb sailing conditions – strong north easterlies for the first three days, nothing on day four, lightish easterlies on day five and then a strong south westerly on the final day. Apart from being fun to sail in, this also kept the regatta open. There is no discard at Lipton and the fresh breeze on the final day meant that Daly’s Insurance, the convincing eventual winner, still had to be conservative, preserving boat and crew to avoid being robbed of the trophy by gear failure or an incident on the water. The Cup was last sailed in Durban in 1986 and one sincerely hopes that it doesn’t take another 17 years before it comes back here again.”

Well guess what, it took another 10 years before the Lipton Cup came back to Durban.