“Talking Sailing” From My Archives. RNYC Take the Cup in 2012 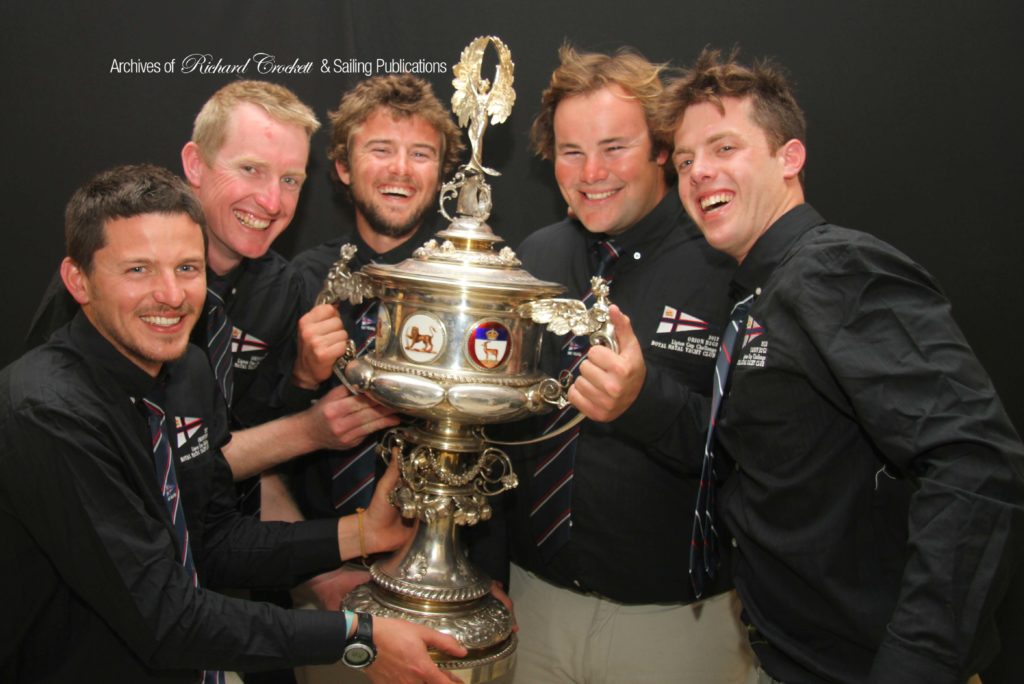 It was always clear that this year’s Lipton Challenge Cup, probably the most coveted trophy in South African sailing, was going to be a real humdinger, with competition stronger than ever. And that, it certainly was!

Knysna Yacht Club’s win in Lipton in 2010, and the consequence of Greg Davis and the KYC team taking it to Mossel Bay last year where they lost the trophy to ‘Team Intasure’ from FBYC (ED. That result was ultimately incorrect as ‘Team Intasure’ Retired After Finishing some years later) was, ironically, one of the best things to happen to the event. Mossel Bay’s sailing conditions levelled the playing fields, with five different winners over the six days of racing. It restored sailors’ faith in the dream of winning Lipton, proving that the defenders could be successfully challenged. This year, Lipton in False Bay did that – again.

The penultimate day of racing laid on light, patchy winds, and hence very tricky sailing conditions. The course was again windward/leeward (four rounds). The first beat was in 5 – 6 knots, but two-thirds up the beat, the wind died completely. Life on the water became interesting when after 10 minutes of parking-lot conditions, the wind shifted 40 degrees and came through from the north west with speeds of around 12 knots – False Bay winter sailing at its most tricky!

ZVYC got to the top mark first, followed by PYC and then RNYC. The wind settled in and it was the Durbanites’ race from there on, with PYC taking first place with the RNYC a split second behind in a photo-finish. Defenders FBYC were third.

And just like that – BAM – things had changed going into the last day with the RNYC’s ‘Orion B2G2′ suddenly leading, a point ahead of RCYC, and three boats, UCT, PYC and FBYC tied in third place. To add to the tension, the forecast for Friday was for no wind – which meant sitting in the sun with a glass of wine.

Race Officer Doug Alison did his best. With the last possible signal no later than 13h55, he started the race at 13h55, taking no chances of a general recall and putting up the black flag. However, towards the top mark, with the wind dying gradually, it was clear that it would be impossible to finish a race, and racing was abandoned.

So there it was – Ricky Robinson and his young team from Royal Natal Yacht Club had won the Lipton Challenge Cup on ‘Orion B2G2′ – the first Kwazulu-Natal Club to win the trophy since the University of Natal Yacht Club’s victory in 1984.