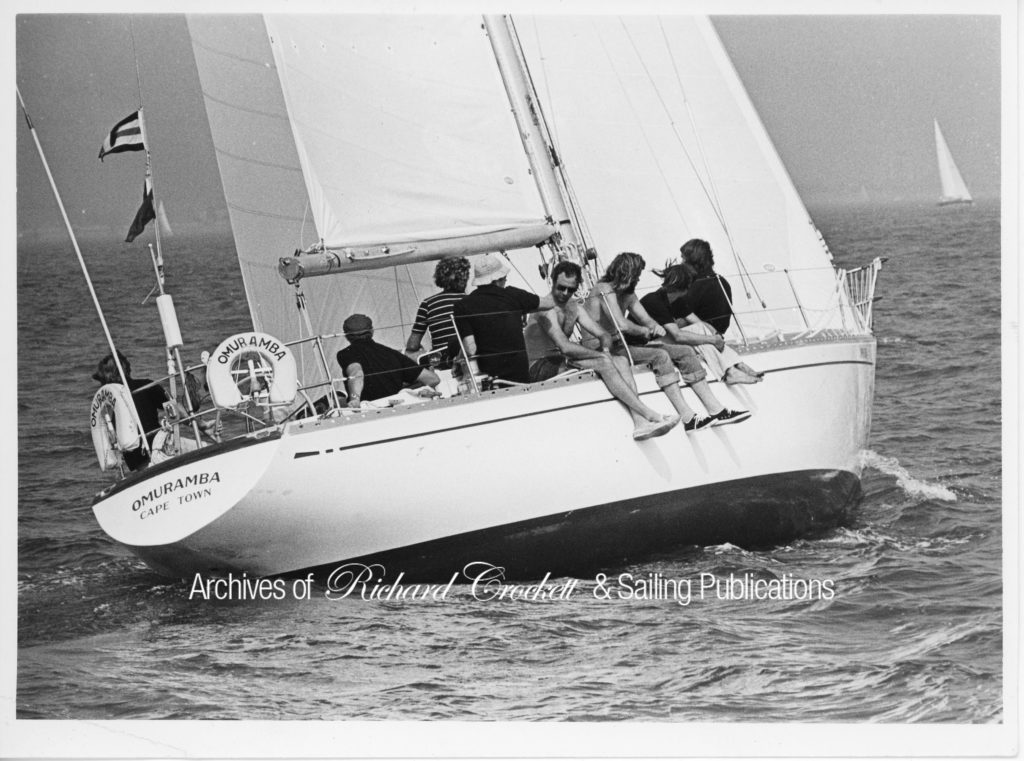 Omuramba at the Channel Race start during the Admiral’s Cup of 1975.

The final yacht in the 1975 South African Admiral’s Cup team was ‘Omuramba’, owned and skippered by Hans Berker.

It appears that little expense was spared to get this boat ready for the Admiral’s Cup, as is indicated by this report from SA Yachting Magazine:

“And our veteran ocean-racer, Hans Berker’s ‘Omuramba’, has just finished a tremendous retune, to bring her up to date with recent changes in design thinking. 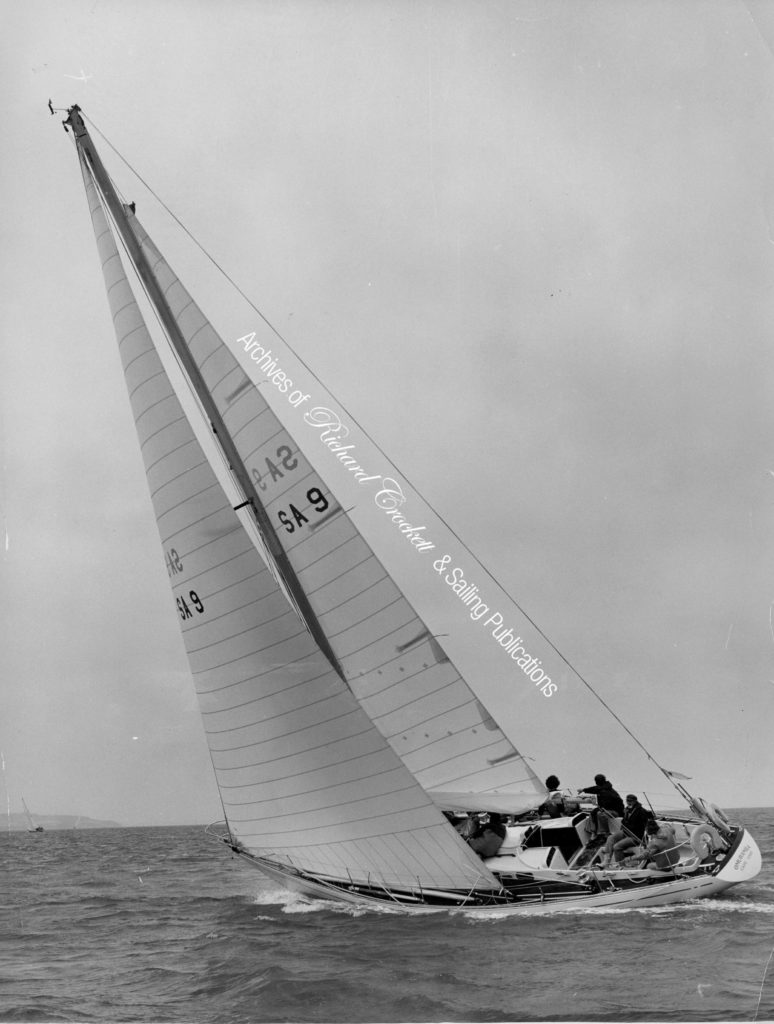 “It appears that these modifications, including the grafting on of a new stem carried out under the care of Keith Bellamy, have been a tremendous success – far more so than we could have ever hoped. Dave Abromowitz of Cape Town was over in England at the beginning of last month and unofficially skippered ‘Omuramba’ in the first of Britain ‘s preliminary races for the selection of her team.

“‘Omuramba’ startled a lot of people (including Dave) by cleaning up Britain’s outstanding new racers, all of them specially built and bigger than the SWA sloop. Boats like ‘Battlecry’, ‘Marionette’ and the new ‘Prospect of Whitby’. ‘Marionette’s’ owner, Chris Dunning, was so flabbergasted that he asked Dave to turn out for a match race the next day. ‘Marionette’, which rates 33 ft as against ‘Omuramba’s’ 31,4, got a 250 metre advantage at the start but within two sea miles ‘Omuramba’ was 150 metres ahead and well up to windward of the British yacht. The months spent in methodically revamping our veteran yacht now show that meticulous preparation can achieve as much as buying new boats and spending lavishly.

“Time will tell what the significance of all this will be, but it has certainly pumped a lot of competitive adrenalin into our Admiral’s Cup crew men – who up to now might have been a bit overawed by the opposition they are likely to meet.”

In the final tally of the 19 three-yacht teams in the Admiral’s Cup, South Africa ended 13th overall, with the individual boats placed as follows from 57 yachts:

Britain were the overall winners.