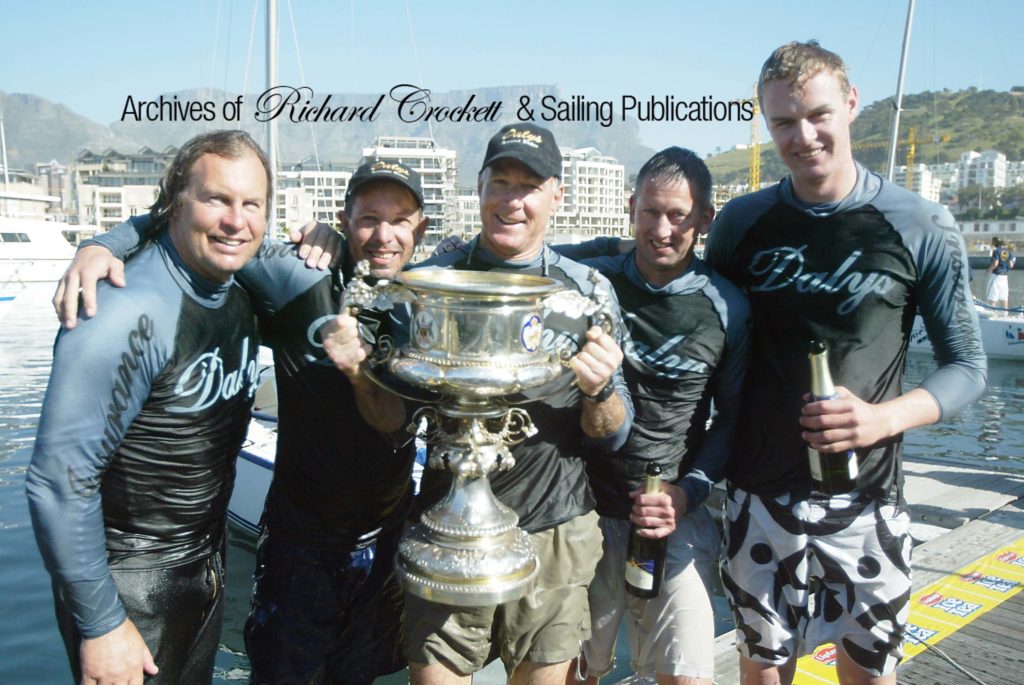 Gigi Eagles and Andrew Heathcote opened their joint report as follows: “Theewaters Sports Club, the host club for the Lipton Cup, took the bold move this year of moving the event away from a conventional yacht club, basing the regatta at the more publicly visible V&A Waterfront.

“There were 25 teams this year, and the event was blessed with some outstanding conditions. For the first time in years not a day was lost to the weather. Defending champion Rick Nankin, at the helm of ‘Daly’s Insurance’ for Theewaters Sports Club, retained the trophy in convincing style with a 21 point victory margin over his nearest rival, Dave Hudson, representing the Royal Cape Yacht Club on ‘Greenlight’.

“Taking nothing away from Nankin and his team, the consummate ease with which they won this regatta – some of their winning margins were really big – should perhaps be a cause for concern. Granted, a good number of the country’s top sailors didn’t take part in Lipton this year as they are now employed on the ‘Shosholoza’ campaign, and this no doubt slowed down the fleet on the whole.”