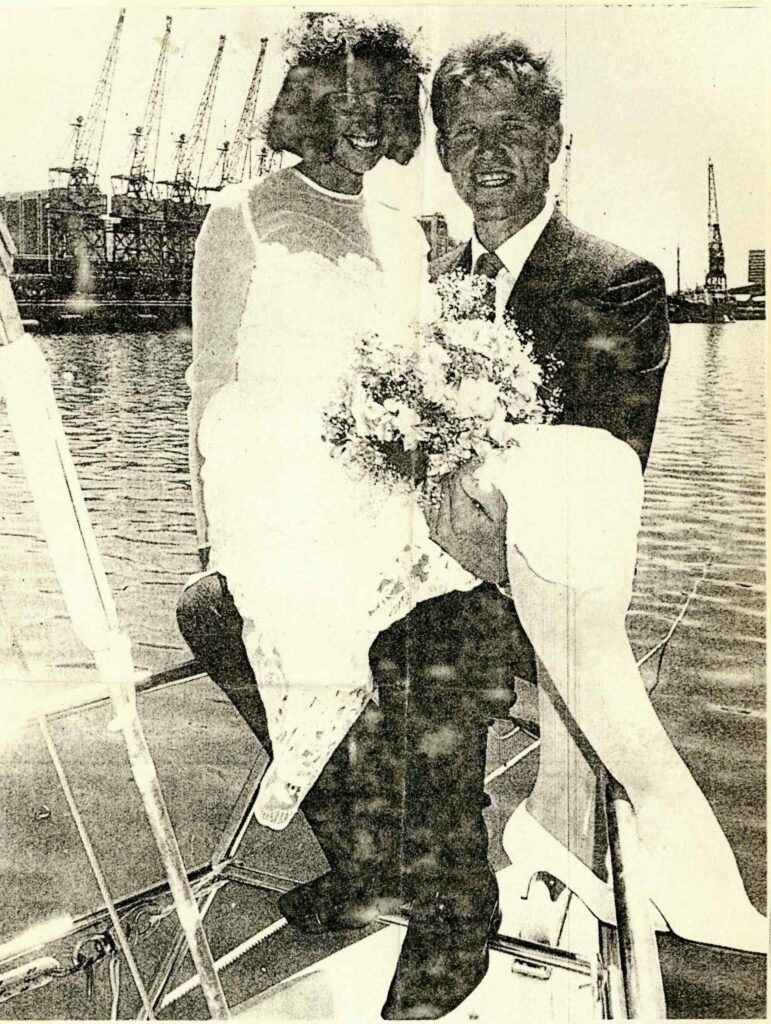 The last Blog uncovered all the work Wits University students, under the guidance of skipper Gerhard Aab, did to ‘Kapenaar/Mainstay’ to prepare her for the 1985 Uruguay Race where she was up against ‘Apple Macintosh’, ‘3CR12′ and ‘Wesbank.’

Due to the interest in this project and the student themselves crewing the boat, I have selected a few additional newspaper reports in the final build-up to the start.

Few may remember that instead of carrying his bride over the threshold, skipper Gerhard Aab took his bride Carol aboard ‘Momentum Life’ – the 22-metre yacht they were to race to Uruguay – after their wedding at the St Martini Lutheran Church in Long Street.

Yes, Gerhard and his sweetheart Carol, got married the day before the start of the race, so their honeymoon was aboard ‘Momentum Life’!

‘Momentum Life’ was referred to as “the floating eggshell” due to her radical design techniques. Doubt was on everyone’s minds as it was speculated that she would not make it, and that her crew were “thin” on experience. Well she did finish the race in second place over the line in an elapsed time of 23 days, 31 minutes and 42 seconds. Line honours was taken by ‘Apple Macintosh” in a time of 22 days 6 hours 31 minutes and 42 seconds.

Over the next few days I will bring you more on the race and the boats. 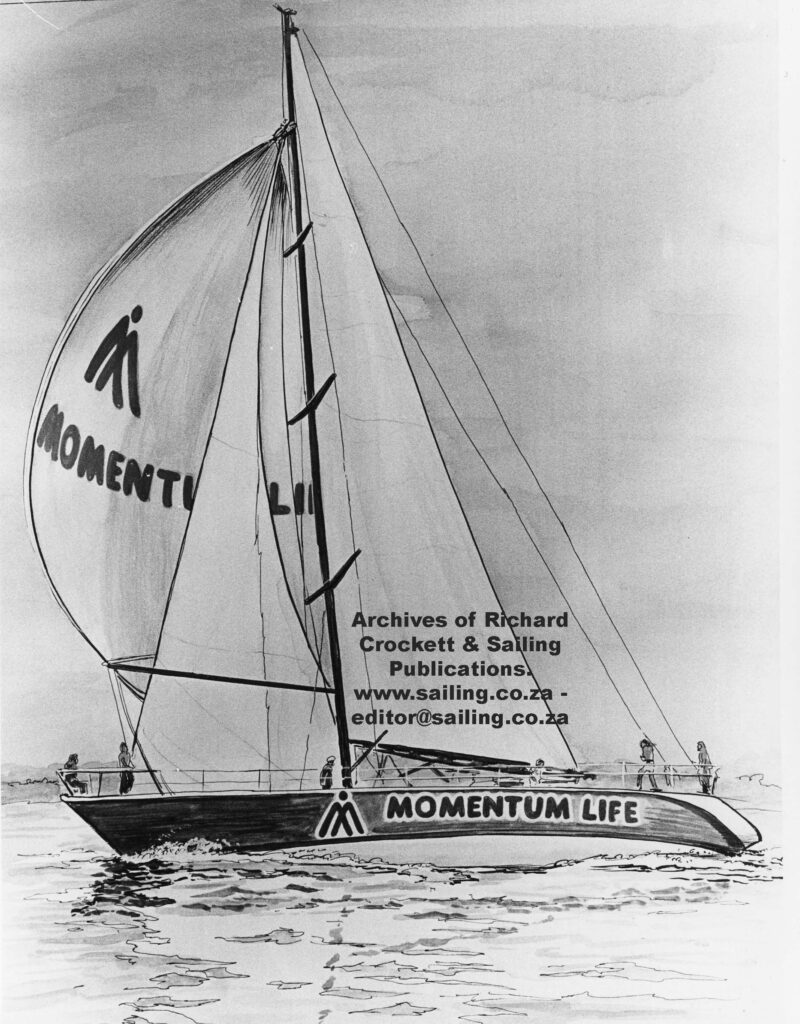 An artists impression of Momentum Life. 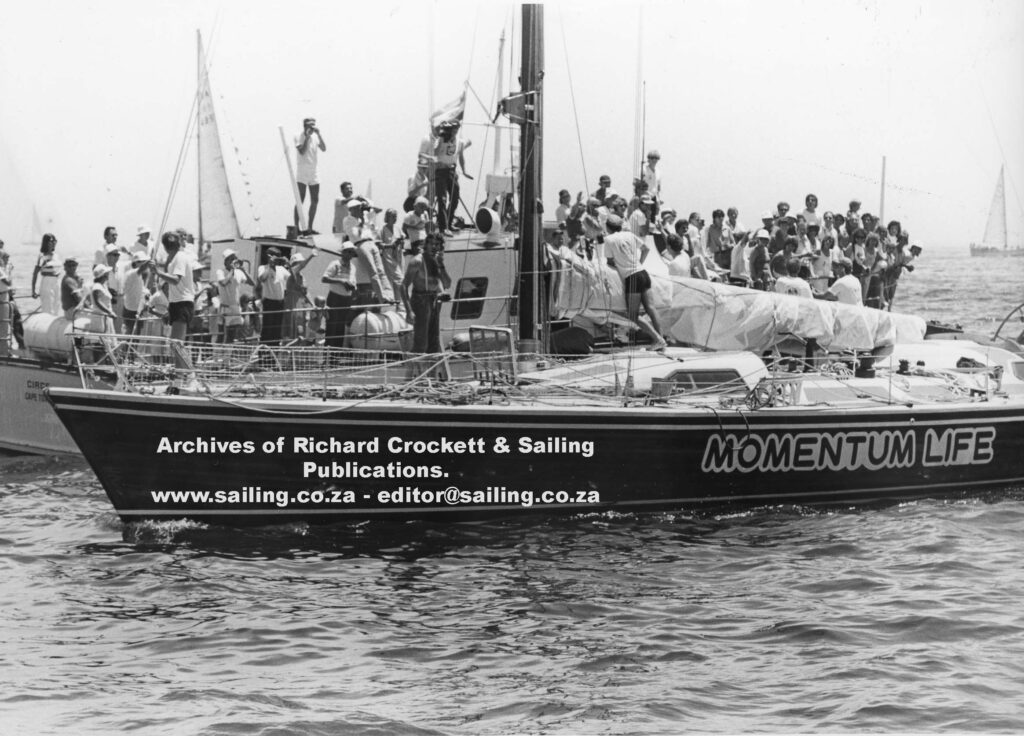 Last farewells from the crew of Momentum just before the start of the 1985 Uruguay race. 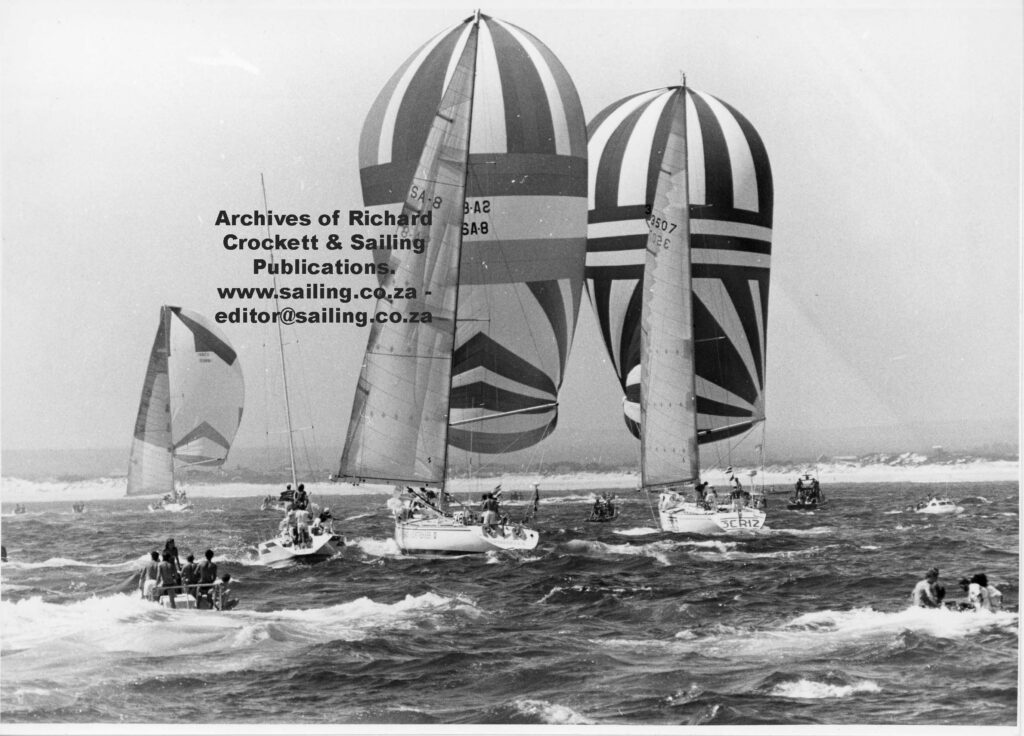 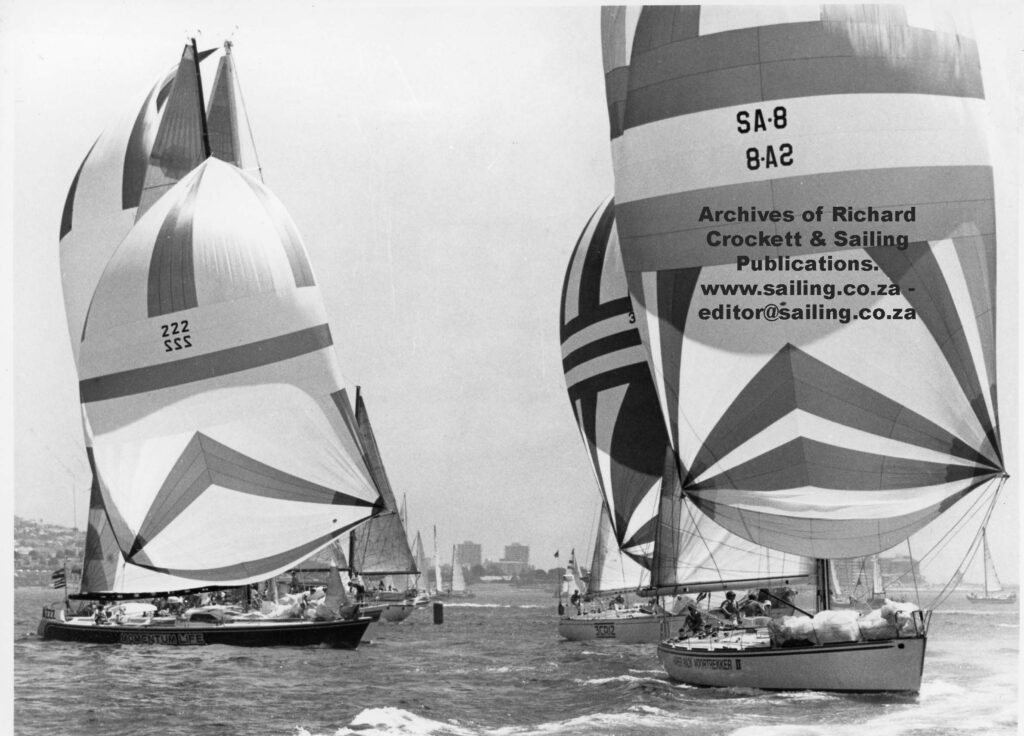 Voortrekker II, 3CR12 and Momentum Life at the start of the 1985 Uruguay Race. 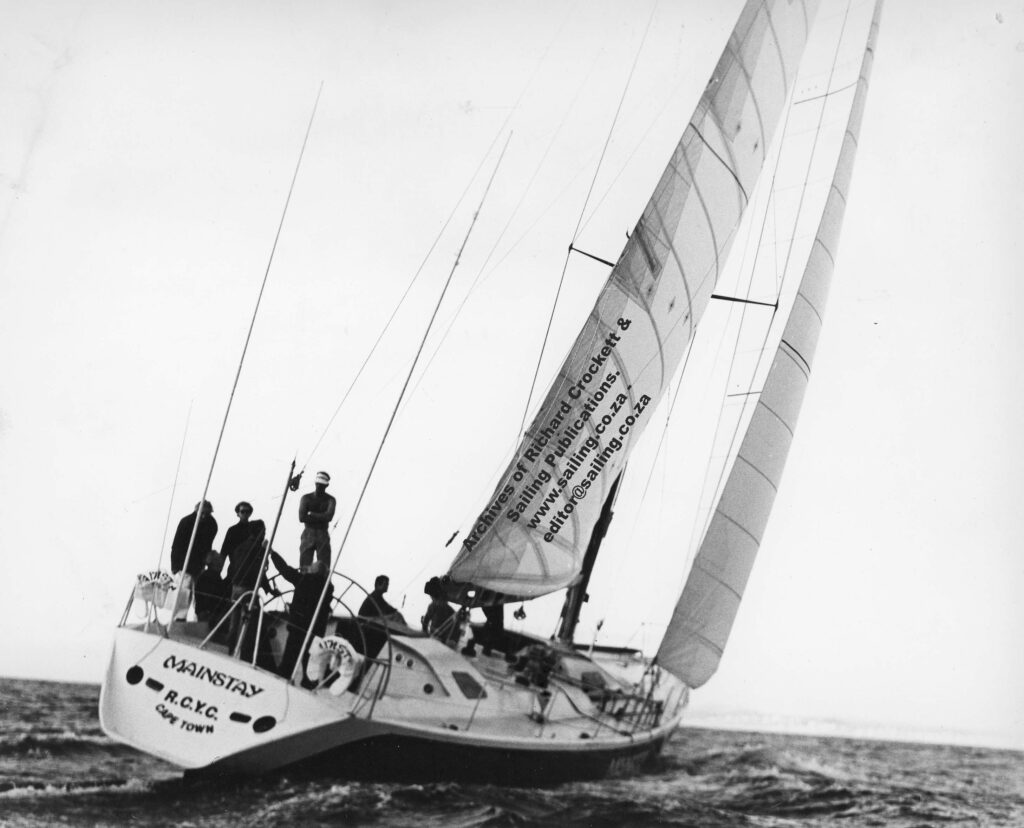 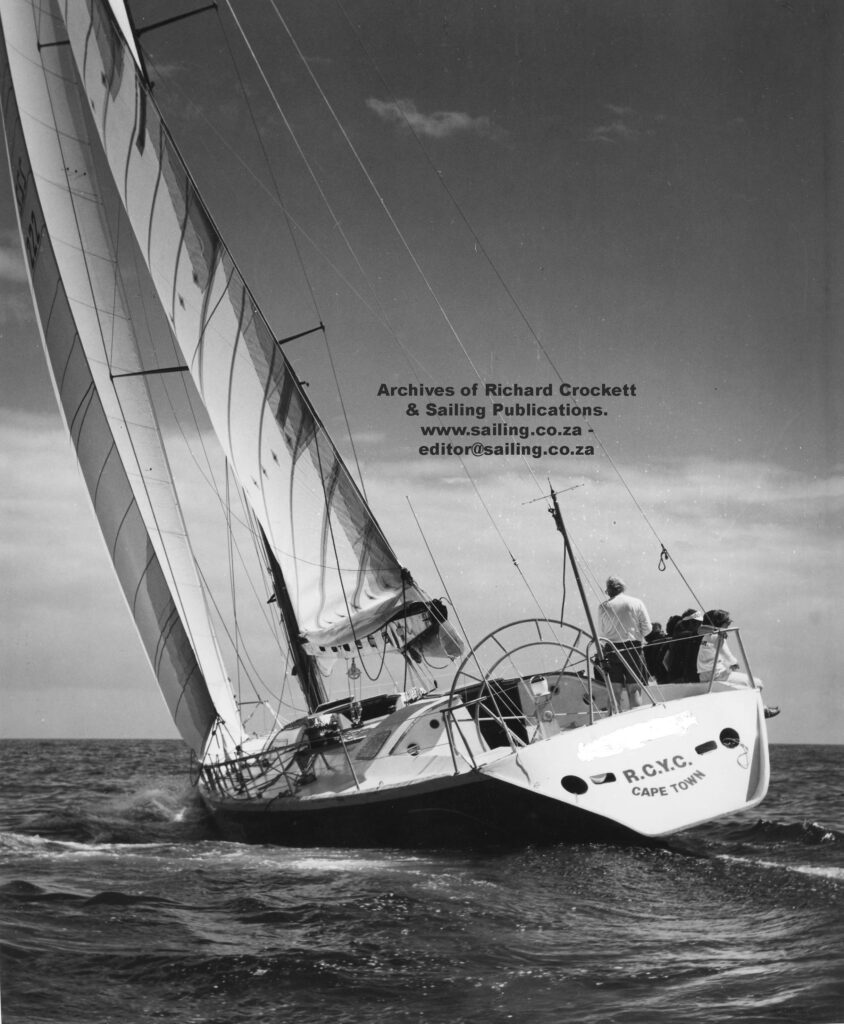 Mainstay was renamed Momentum Life for the 1985 Uruguay Race. 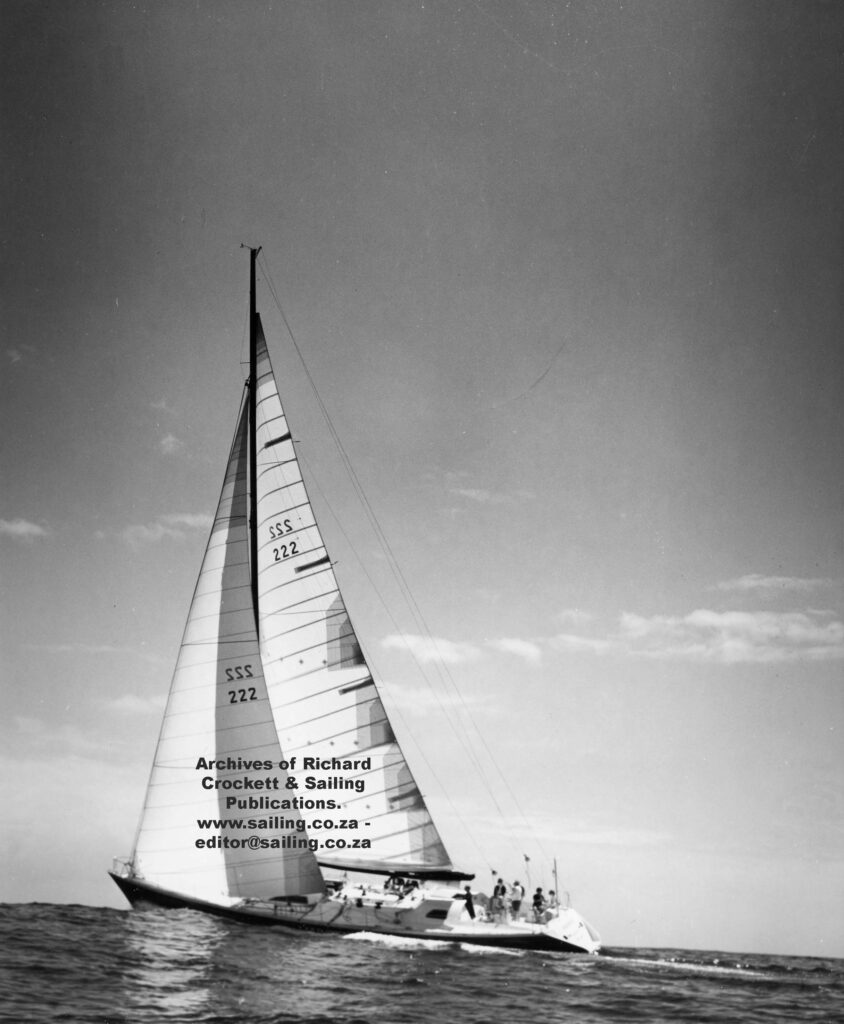 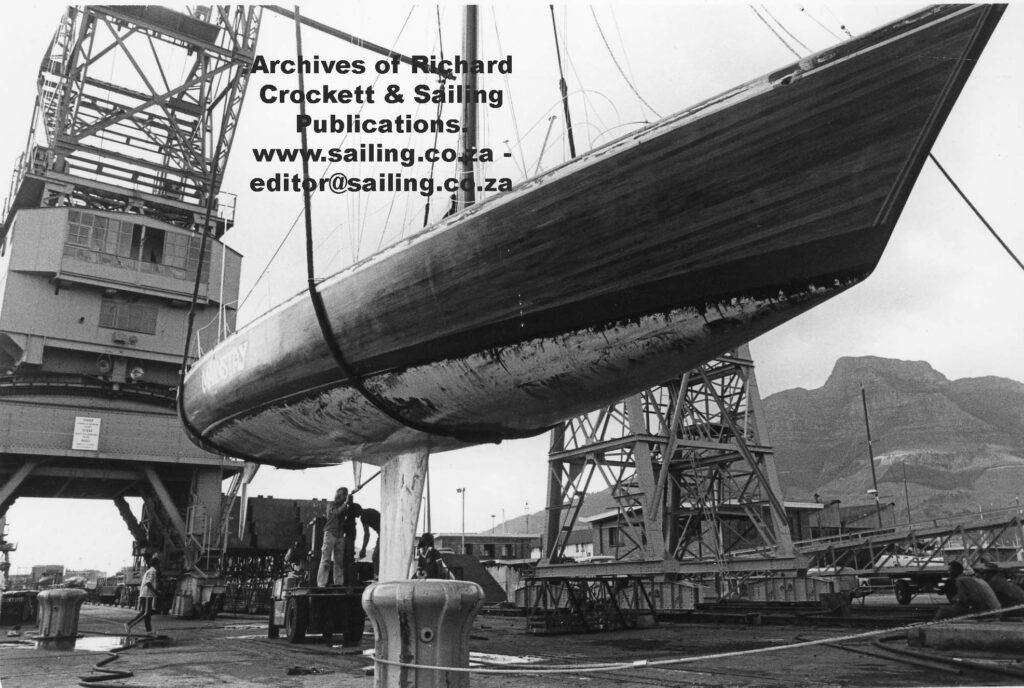 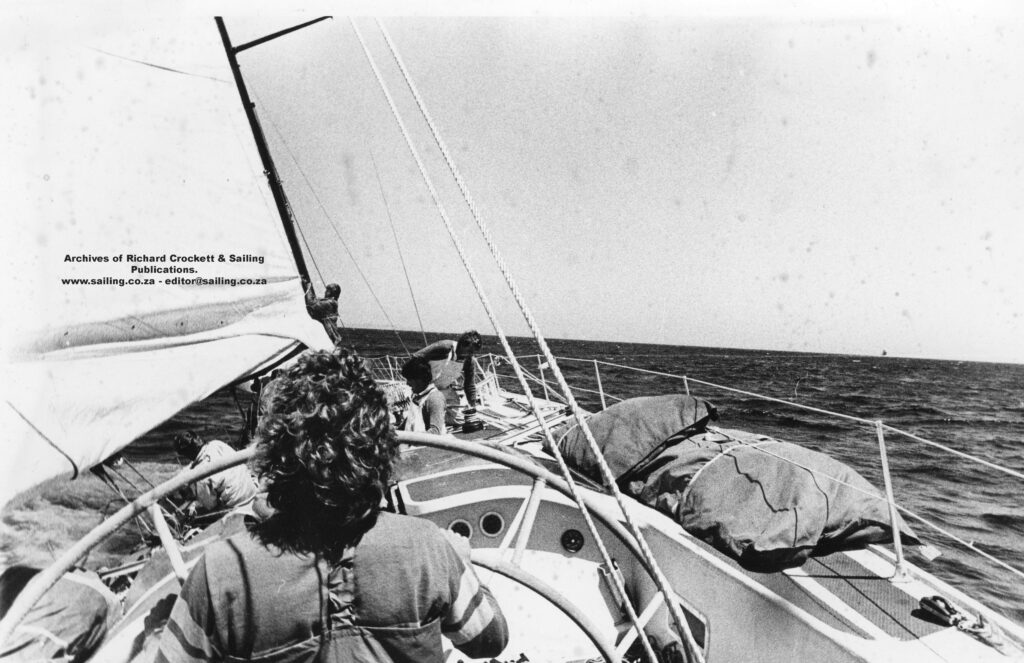 On board Momentum Life. 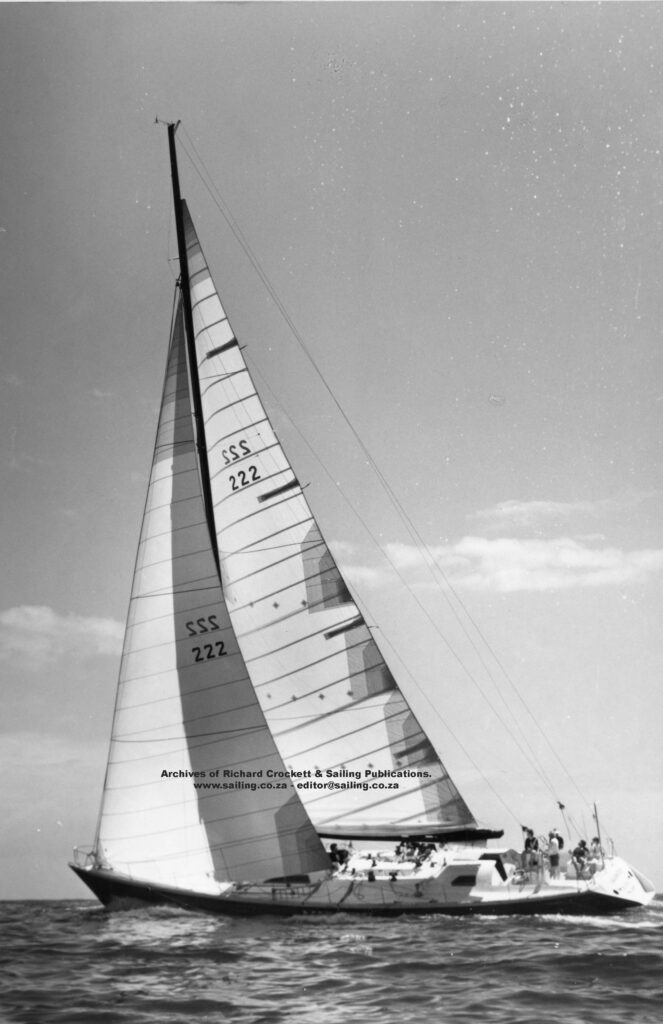 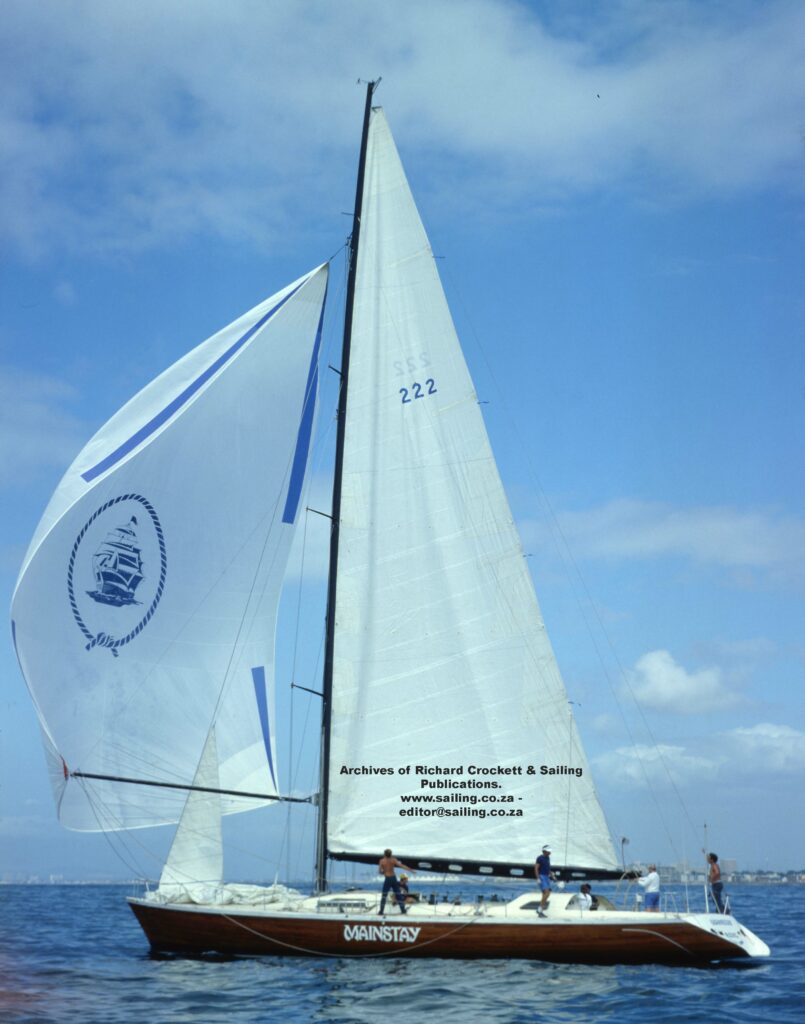 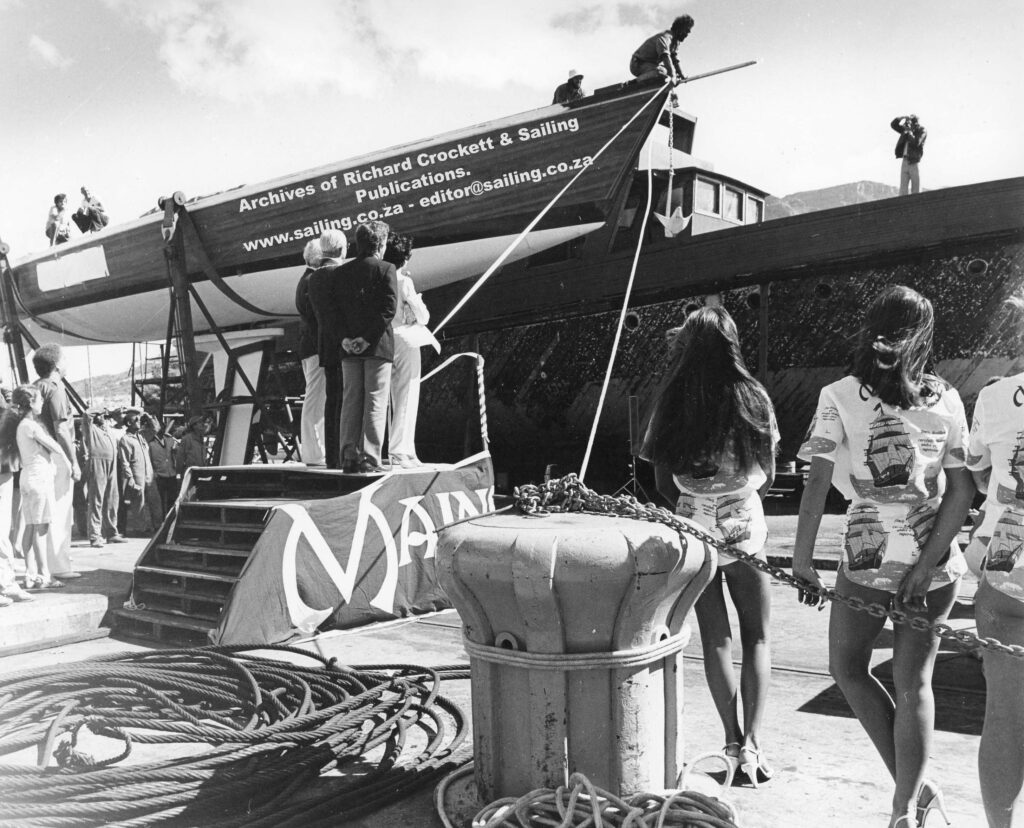 The launch of Mainstay was a lavish affair.