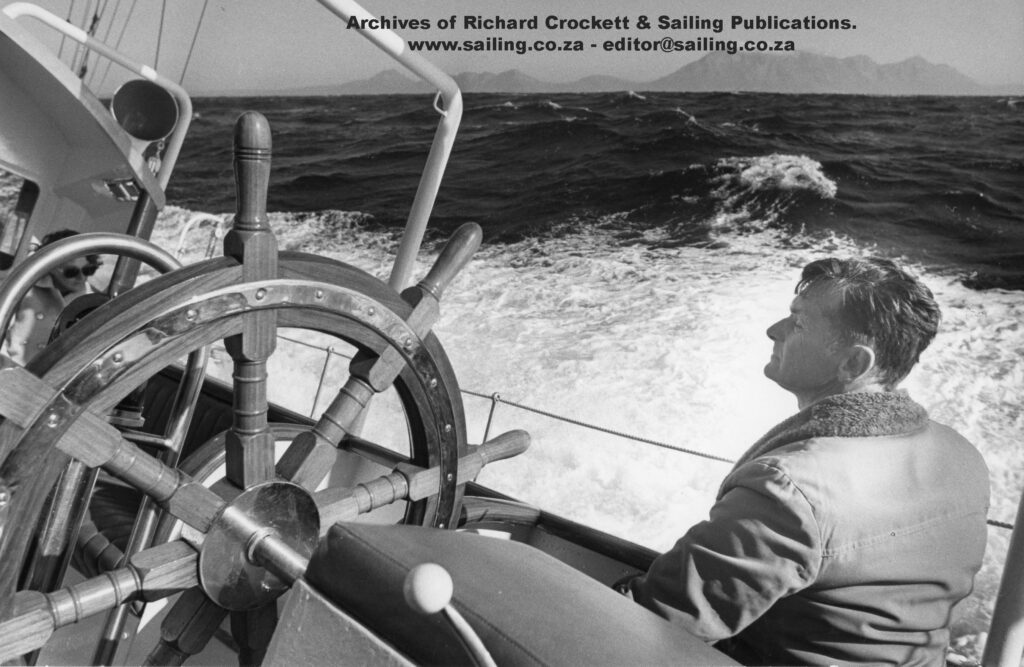 Arthur Holgate at the helm of Antares.

Today all those followers of this thread about Arthur Holgate and the three large steel boats he Built, ‘Titch’, ‘Lorraine’ and ‘Antares’ have a virtual pig-out today with four separate article featured.

He is a colourful character who even did time aboard ‘Lawhill’ one of the old classic sailing ships. “One day during the war year of 1942, Arthur and his brother, then only 14 and 15½ years old respectively, decided to leave the classrooms of the Sea Point Boys’ High School for a somewhat more practical education. With their parents’ permission, they stole into the Cape Town Docks to grasp their only chance to sail on a square-rigger.

“That evening, the ‘Lawhill’ set sail from Cape Town for South America and that night the Holgate boys failed to return to the fold.”

Once ‘Antares’, the 80-ton Schooner, was launched Holgate, unannounced and at night, weighed anchor and headed off to the West Indies singlehanded.

READ THE FOUR FEATURES AS FOLLOWS: