“Talking Sailing” From My Archives. Mightiest of the Amateur Built Boats 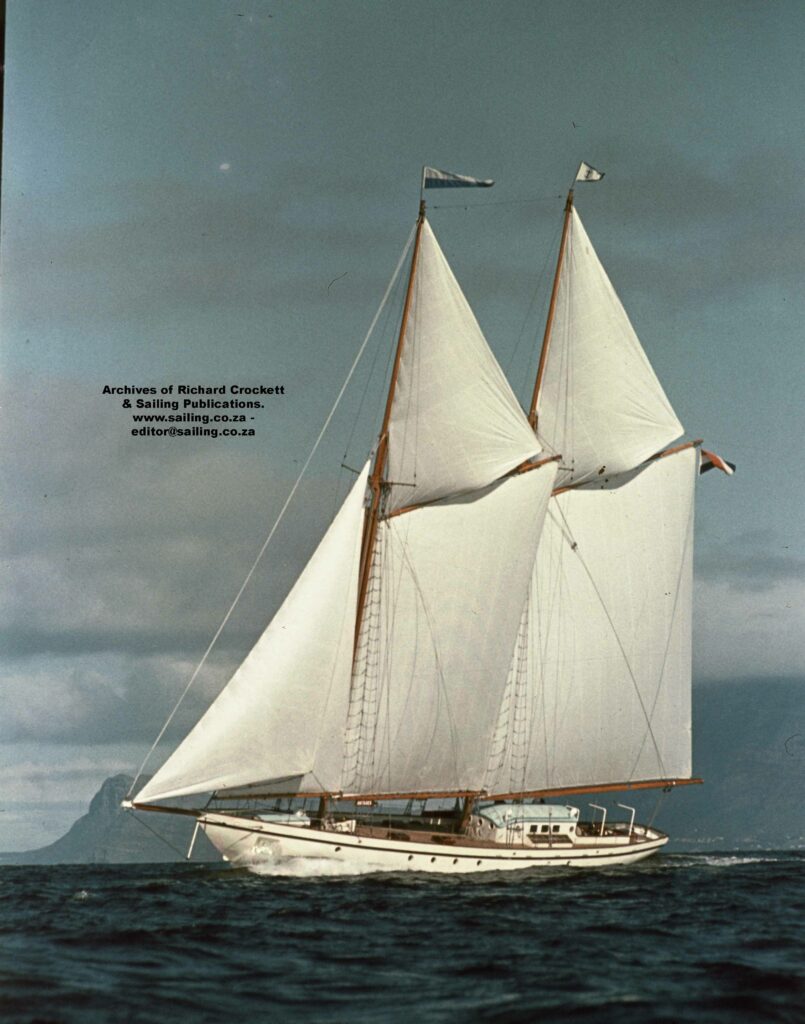 So far in this series on Arthur Holgate we have see two of his boats, both which he built himself, being Titch and Lorraine. But this time he has gone even bigger with a 27.5m schooner, which although not named in this article, was launched as ‘Antares’.

Arthur Holgate, one of the Republic’s foremost bluewater sailors, has done it again. This is the third, and the biggest schooner he has built at Wetton. And it bears the stamp of Holgate professionalism and perfection that characterized his ‘Titch’, sunk, salvaged and now under new ownership in the Caribbean, and ‘Lorraine’, which is being used for cruising in the Mediterranean.

The new schooner, which has an all-steel hull, is more than 27m long and the taller of her two massive steel and spruce masts will when stepped be 27m high, from deck level.

This feature shows two sets of lines plans plus pics of the interior.

I have sneaked in an original preview pic of her sailing which I have in my archives.

Thanks to Ian Knipe, I can report that ‘Lorraine’, Holgate’s second build, has been renamed ‘African Queen’ and has been overhauled completely in the UK. 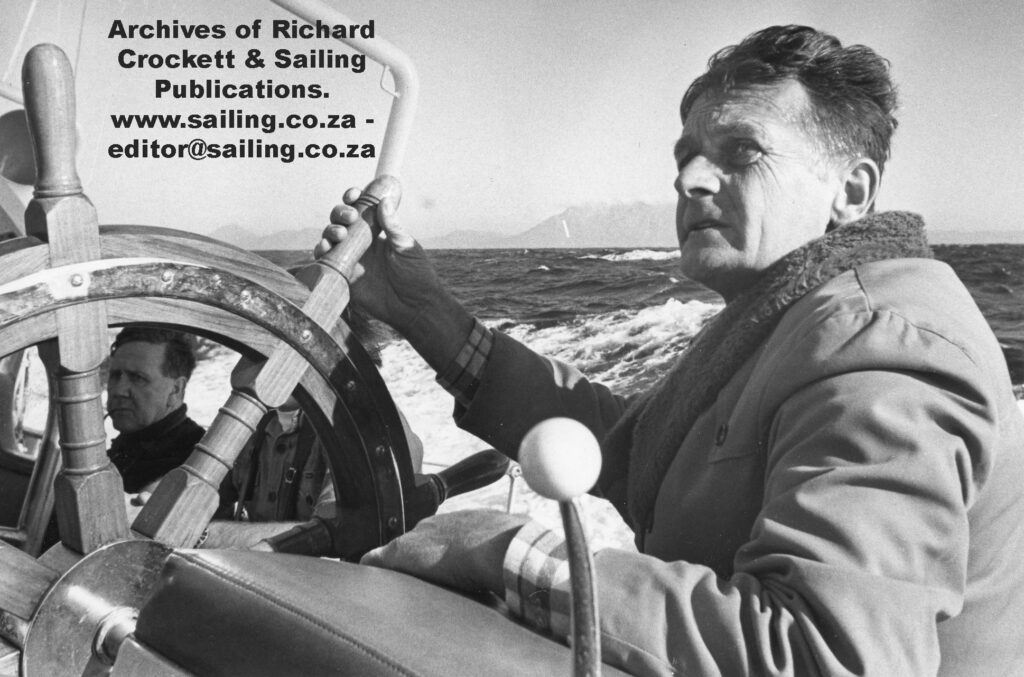 Arthur Holgate at the helm of Antares.