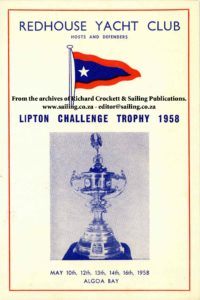 The dates and venue for the Lipton Challenge Cup later this year have been published, with the challenge taking place at Club Mykonos in Langebaan from 16 – 21 August.

So there is no time like the present to dig back into the archives and bring some history of the early events.

The earliest report I have of the Lipton Cup is from 1958, which was the 13th Challenge, and which was held in Algoa Bay from 10 – 16 May, as the 1957 event was won by Redhouse Yacht Club whose crew sailed ‘Trickson II’ which was skippered by H W Kohler.

On reading through the report and looking at the pics one can quickly see the stature of the event as at official functions suits and ties were the absolute minimum dress. 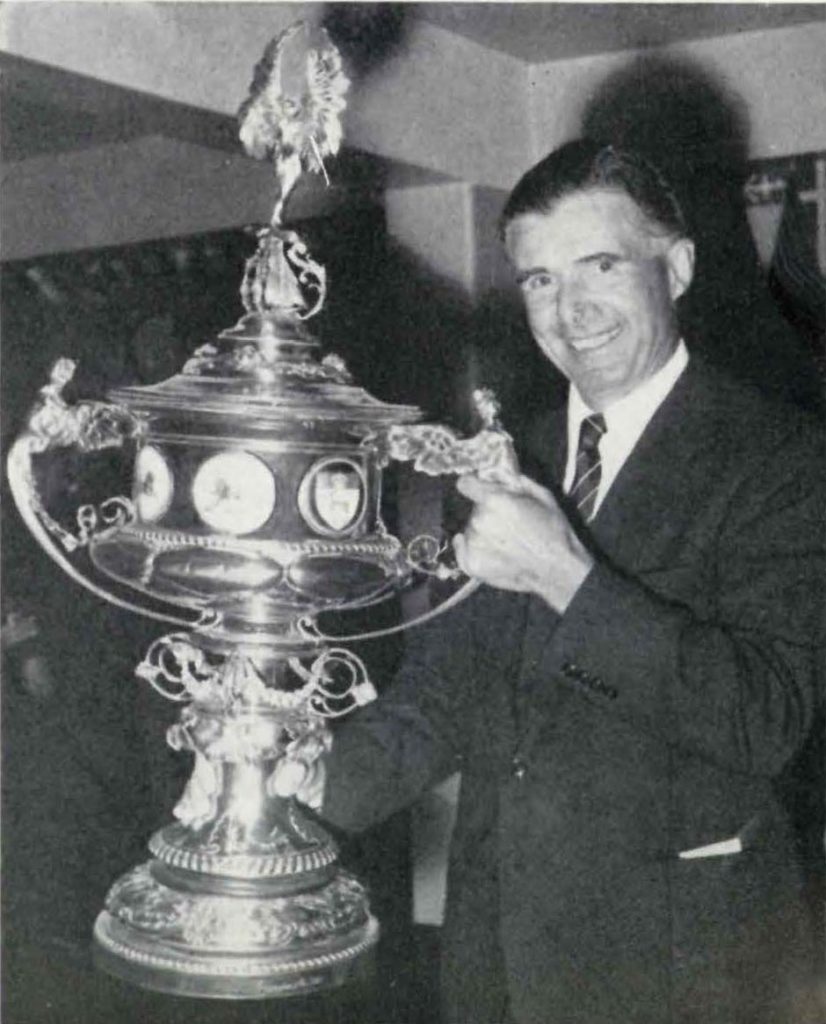 Major yachting trophy in South Africa is displayed by the winner, Wilfred Hancock. His record must stand for a long time.

What interested me is this opening paragraph of the report from SA Yachting magazine: “Sunmaid, Royal Natal Yacht Club, skippered by Wilfred Hancock, has won the Lipton Cup in this year’s series. In doing so he set a record of five successive wins that may possibly be equalled in the future, but cannot be beaten – unless of course, the number of contests is again increased.”

Are there a readers out there who can identify any other skipper/s who have won every race in a Lipton Cup Contest?