“Talking Sailing” From My Archives. Light on Far Horizons 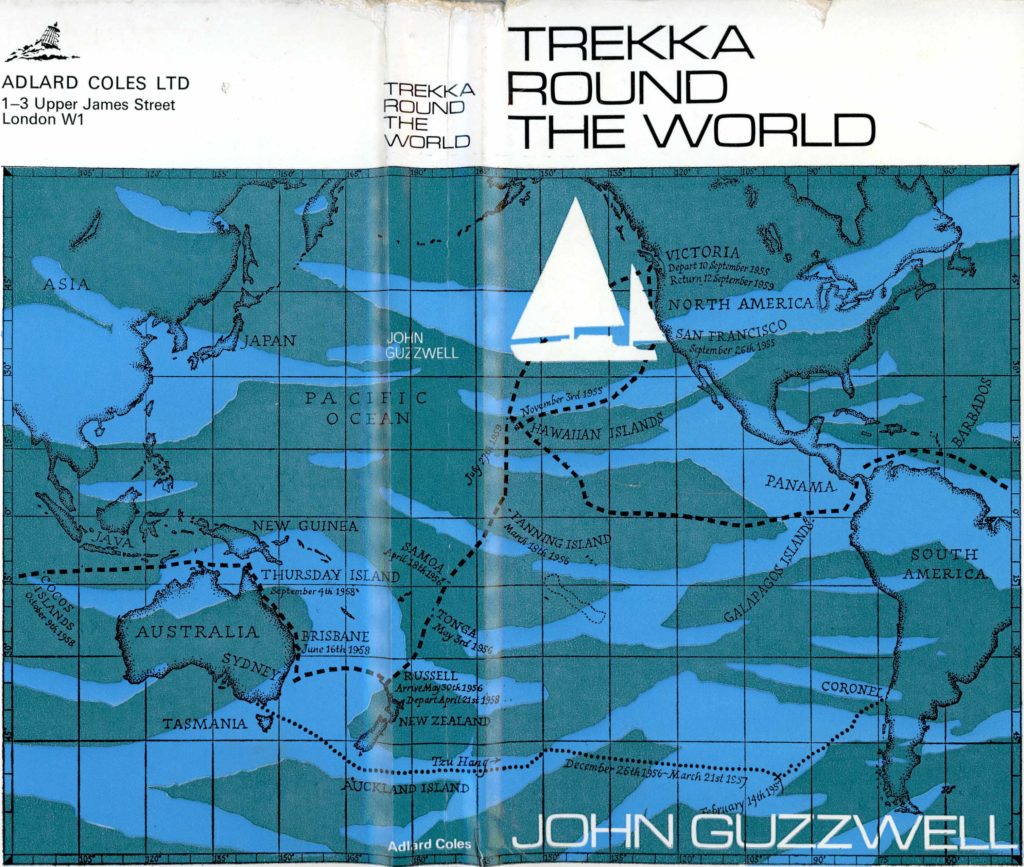 Cruising the trade winds is something many a yachtie dreams of, yet just a handful fulfill their dreams.

This article from the January/February issue of SA Yachting in 1958 shows that many of our local sailors were on the high seas fulfilling their dreams, with many a well-know name amongst those mentioned in the article.

I am not going to mention any names as a hint, as this would simply spoil it for those who will read the article in full, except for mentioning John Guzzwell, Brigadier Miles Smeeton and his wife Beryl. All three were truly magnificent sailors with John and Miles both prolific with the pen.

Guzzwell, as far as I can recall, had South African roots, although I cannot find exactly what they were. A google search says he was Canadian who was born in the Channel Islands! My recollection is that he lived in Pietermaritzburg for some years. His fame in sailing came from his small yacht named ‘Trekka’, a Laurent Giles yawl of just 20ft 6in – and which cost 50 Pounds Sterling. He circumnavigated the globe between 1955 and 1959, and later wrote “Trekka Round The World” – a book about his circumnavigation.

It’s a great read, and a book I treasure in my library.

The Smeeton’s are mentioned as Guzzwell crewed for them on a Southern Ocean passage when their boat, ‘Tzu Hang’, was engulfed in a massive wall of water, pitch-poled and almost destroyed, losing her masts in the process, as well as her rudder.

These pages from SA Yachting describe that incident far too briefly, although Smeeton’s Book “Once is Enough” describes it in fine detail, as does Guzzwell in his book.

Both these books are, in my opinion, “must reads” – so get a copy and enjoy the full story of these legendary yachties, not just the gory bits!