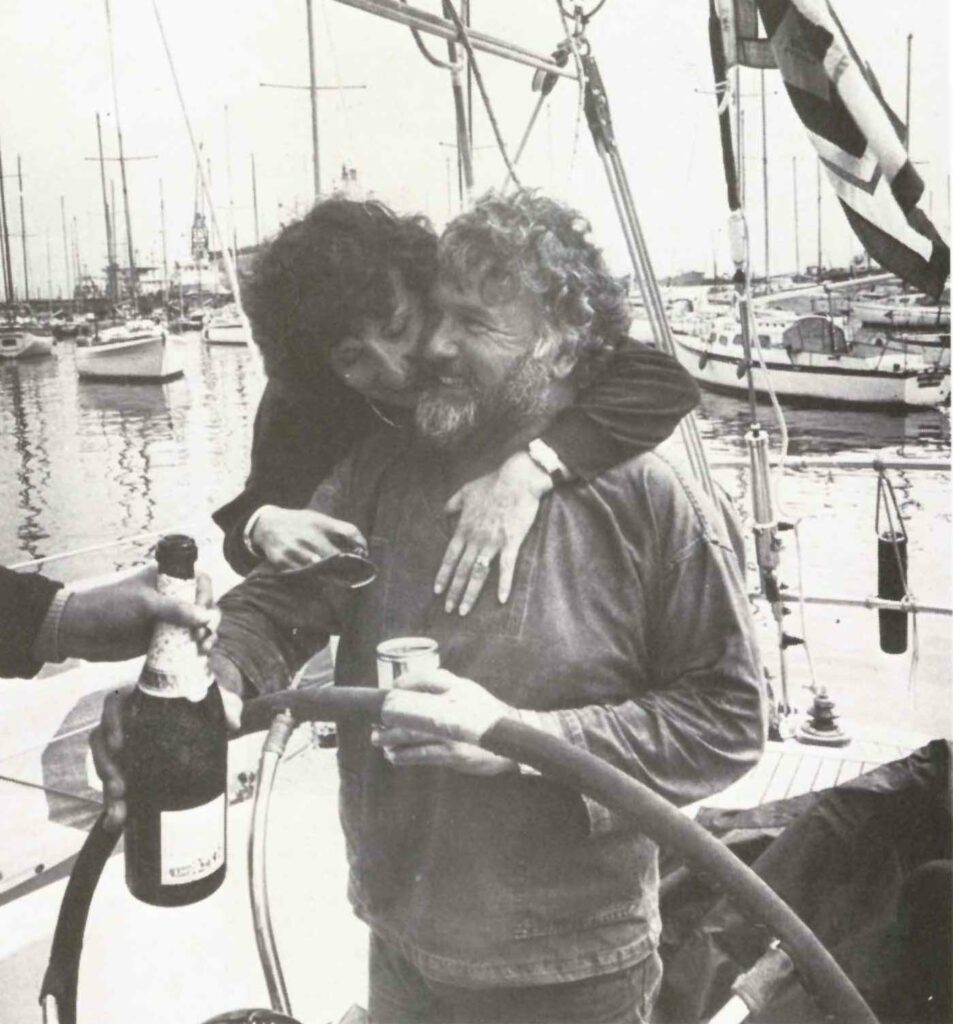 Owner and skipper of the only South African entry in the Whitbread Round the World Race Peter Kuttel is welcomed by his wife Joy on arrival in the Royal Cape Yacht Club basin. Kuttel’s Xargo Ill is a Swan 65, a series production yacht by Nautor.

One cannot help but be impressed with the time, effort and ultimately hard-earned cash, Padda Kuttel put into his sailing over a long career. But to have the courage and determination to tackle the Whitbread Round the World race, not once, but twice, is remarkable.

Today there is a report on the start of the third Whitbread Race in 1981, and a brief report and pics on Kuttel’s arrival in 11th place in Cape Town at the end of the first leg.

While Kuttel and his crew hardly received a mention due their “almost unknown” status. They certainly never let their South African followers down, and in so doing he built an insatiable desire to build a new “hot” boat for the following race.

The race was dominated by big names such as Conny von Rietschoten, Peter Blake and other high profile skippers at the time. von Rietschoten’s ‘Flyer’ was the favourite and she was the first into Cape Town. Aboard was South African Julian Fuller.