“Talking Sailing” From My Archives. Hudsons’ Win 2005 for RCYC 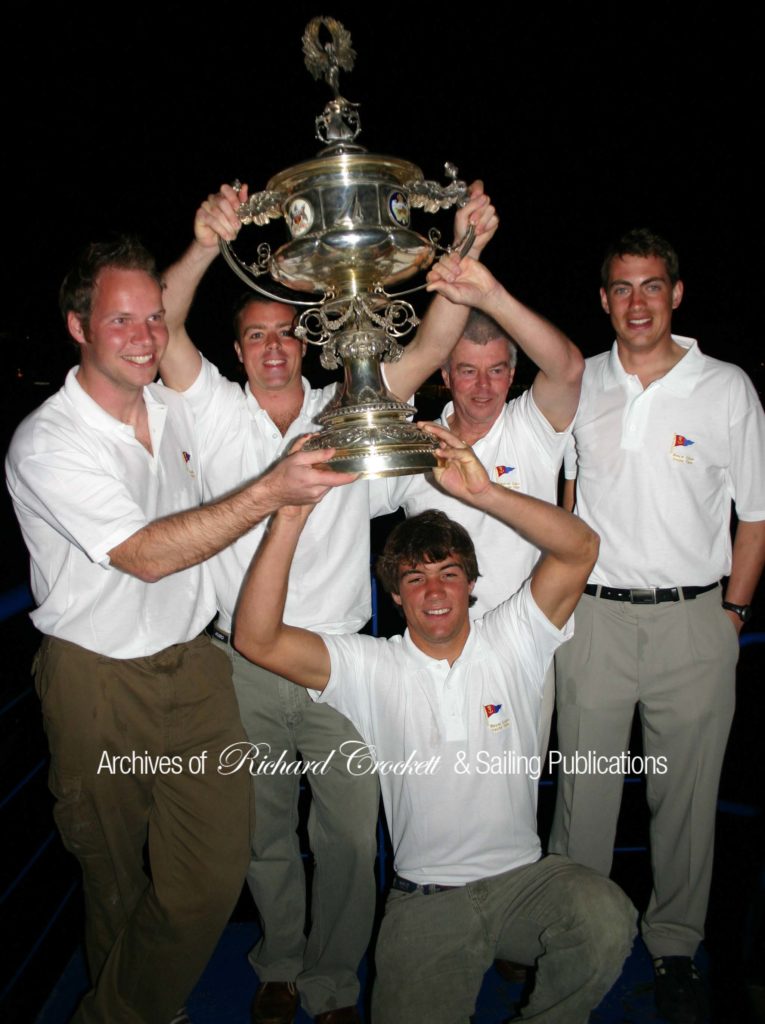 The Royal Cape Yacht Club won the 2005 2005 Lipton Cup. Greenlight was skippered jointly by Roger and Dave Hudson seen here at the back holding the cup.

Our scribe this year was Trygve Roberts who opened his report as follows: “Aside from a few protests and one or two chirps about the cost of moorings at the V&A, the only real problem was the unpredictable Cape winter weather, which threw everything at us – from flat calms to a full storm on Thursday evening leaving the bay like a giant washing machine on Friday”. So commented one of the Lipton Cup organizers with a touch of relief at having completed the required number of races.

A hallmark of the 2005 Challenge was the titanic struggle between youth and experience. Many of the talented, but less experienced young skippers were right up there with Dave Hudson and Rick Nankin. The dominance of the older skippers appears to be waning. These are healthy signs in our sport. The Willcox brothers (Graeme and Paul) showed good skill in boat speed and handling and were always near the front, as was young Andrea Giovannini, who had a good scoreline spoilt by a silly mistake and a DSQ.

There were just four races as described by our author: “With a serious storm reaching the Cape Peninsula on the Thursday evening and five metre swells in Table Bay, the Race Officer decided to cancel racing for the final day.”