“Talking Sailing” From My Archives. Holgate’s Titch Among the Islands 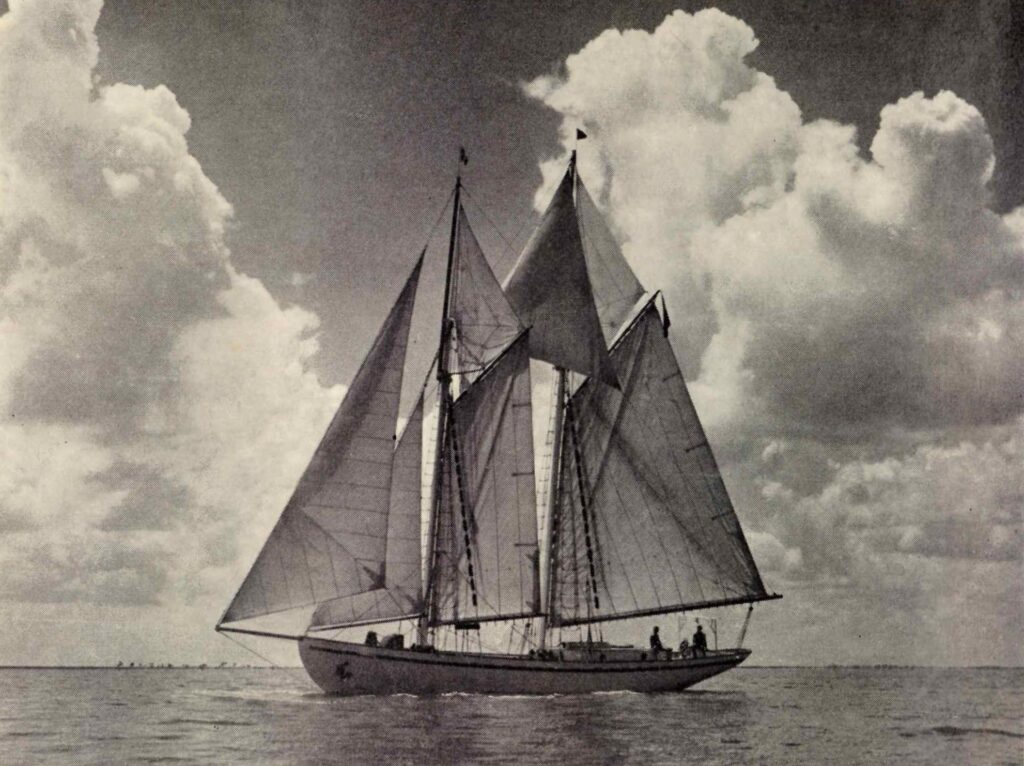 This is the type of dreamy sailing the Cape-built schooner Titch is enjoying these days under an American owner in the Bahama Islands in the West Indies. Two Cape men are still with her – John Allen, as skipper, and Teunis Roux. No rig sets a ship off more handsomely than the topsail schooner and nothing presents sails better than a lofty trade-wind sky.

Well I have not yet sourced the info on Arthur Holgate I am looking for, not that there is any rush at all. But what I do have is the first steel boat he built and which he named ‘Titch’ sailing in the Bahama Islands of the West Indies.

By this stage, having sailed her to the West Indies, Holgate had sold the boat to an American owner and headed back home to South Africa. The new owner let the two South African delivery crew stay aboard “as long as they liked”, which ended up being a year.

As with all cruising passages, one always has to be vigilant, and these young guys may have taken their eyes off the ball due to the fact that the owner provided such a variety of really good food when aboard, that their attention was on the menu.

“No wonder, then, that with more attention to menu than course we found our selves on a lee shore with the wind rising and the seas short and nasty. Clawing off, the yankee jib-sheet parted which was embarrassing – but, helped by engine, we made a funk hole that night, faces a little red” said skipper John Allen.

Cruising sailors, and those who dream of sailing off one day, will enjoy this feature.