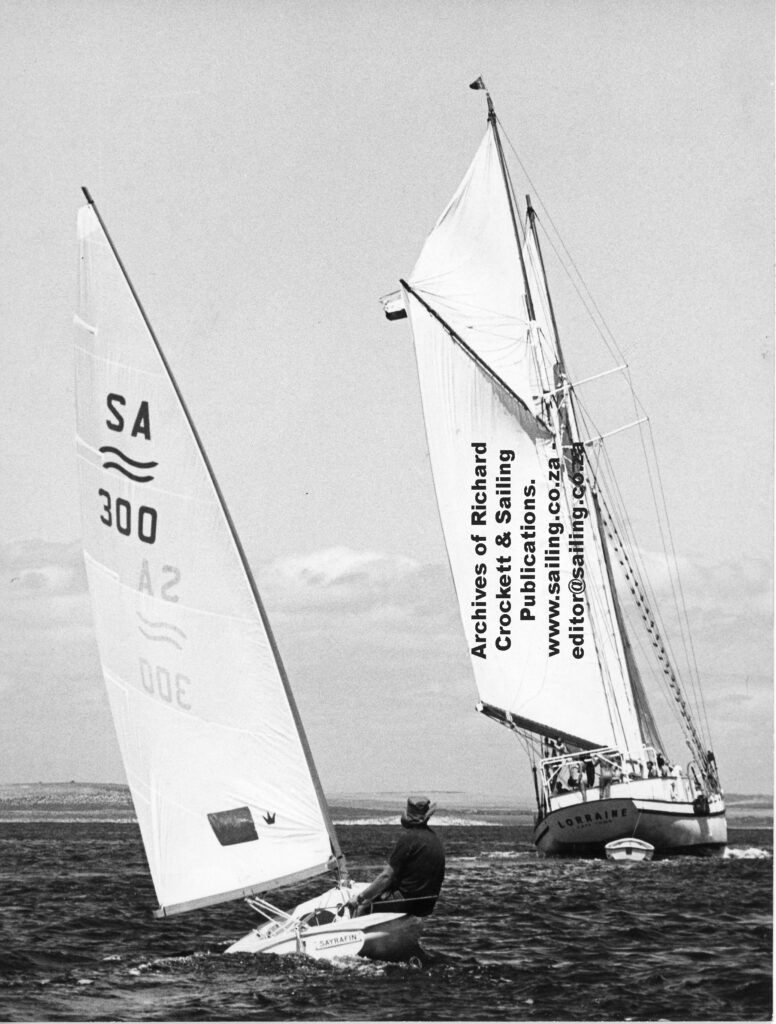 Carrying on with the Arthur Holgate theme, Cape yachties of yore were in awe of Holgate as he was a fine seaman, and man who could get things done, and one who was not afraid to tackle massive projects and build new boats.

An Editorial Comment in SA Yachting said this: “In 20 months he carried through the remarkable amateur feat of carefully rethinking and developing his previous steel 61-footer (‘Titch’); fairing up a new set of more handsome and more seaworthy lines; and building and financing a ship :which is now worth anything up to R60,000.”

And to show Holgate’s passion and drive, the Editor wrote: “A far smaller craft built as a lone-hander, backyard effort could have left a lesser man exhausted at the end-but Holgate put his ship into the water early one morning, christened her Lorraine and, with a loyal band of helpers, had the masts stepped and rigged and everything ready for the sea by nightfall.” 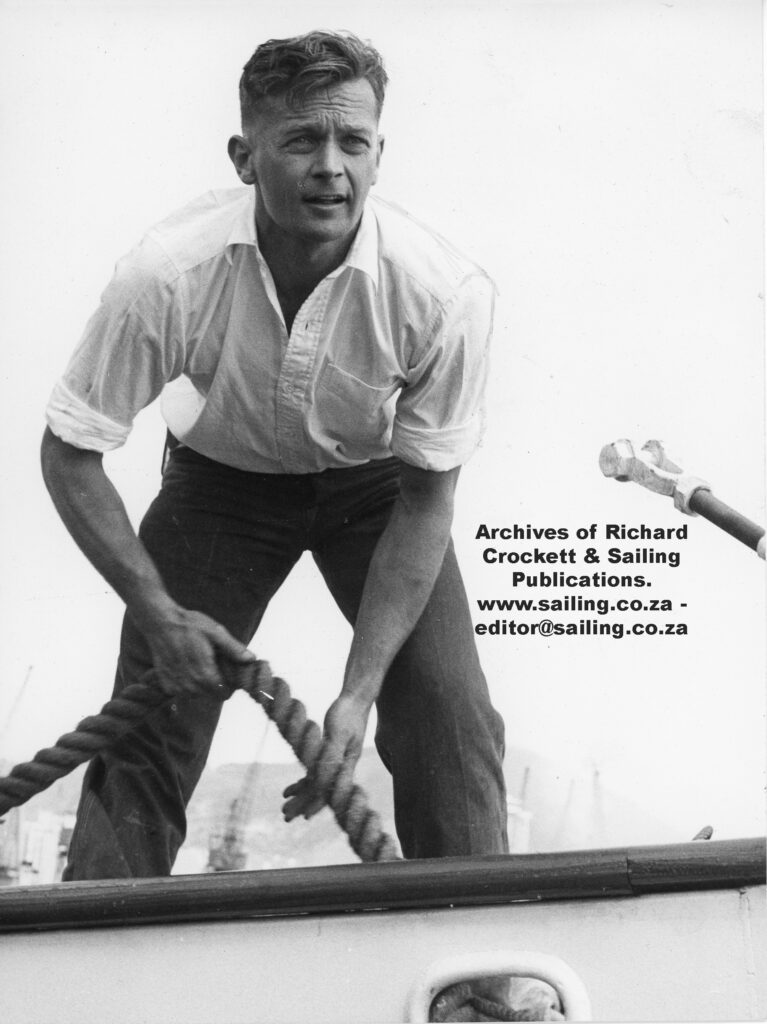