“Talking Sailing” From My Archives. Holgate is Back 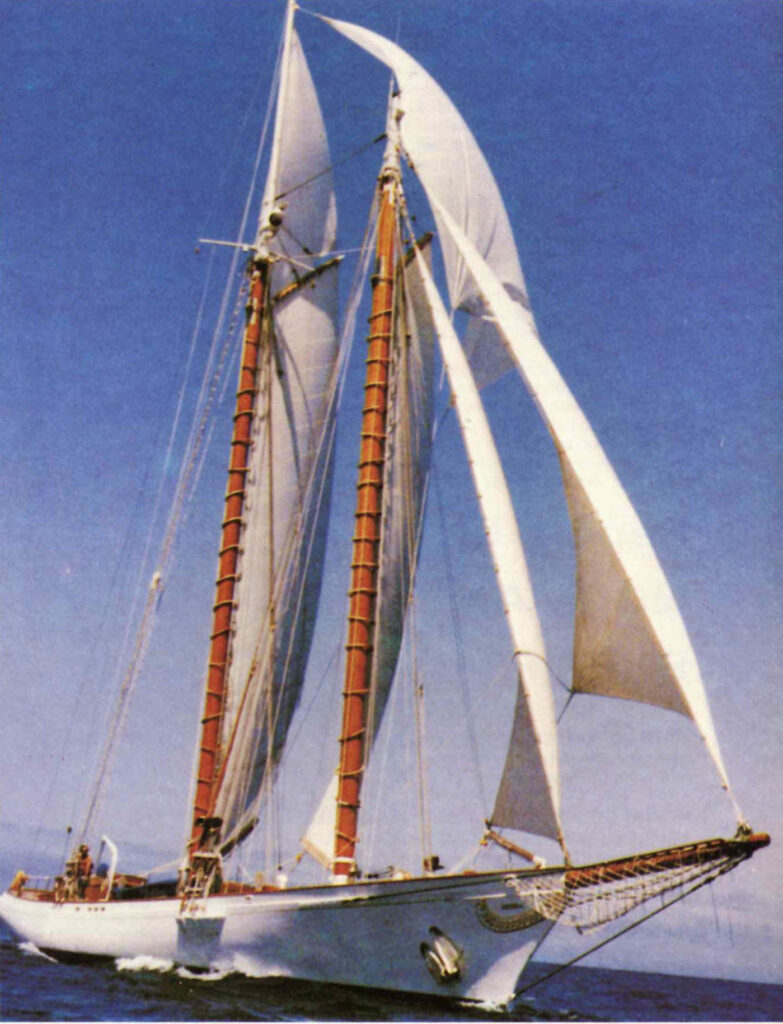 The replica of the schooner that gave her name to the world’s most prestigious yachting Trophy, the America’s Cup, sails in all her traditional finery. She was built by a famous US brewery, but sold later to her present owner, Carlos Perdomo. (1979).

By 1979 Arthur Holgate had sold ‘Antares’ and moved back to Cape Town, but was moving in rarified sailing circles aboard really big boats owned by interesting owners.

‘America’, or a replica of that famous schooner anyway, was one of his steeds which he sailed from Bermuda to Majorca.

He also sailed the Med with Juan Carlos, the King of Spain, an avid tall-ship sailing fan.

Sadly in early December 1981 Holgate was knocked down and killed by a car in Portsmouth, Rhode Island.

He was a Sea Point schoolboy who translated his and every other schoolboy’s fondest dreams into reality, in the half-century of life allotted to him.

This is an appropriate place to end this series on Arthur Holgate, and for me to recharge the batteries as I take a few days off prior to the Easter Weekend.

I’ll be back again next week.