“Talking Sailing” From My Archives. Having A Whale of A Time!!!

Spending 19 hours in a liferaft can hardly be classified as “having a whale of a time”, but that’s what the crew of Pionier did after hitting a whale mid-ocean, and at night too. Luckily for them they were rescued relatively quickly. Back in those days there was no GPS, no handheld satellite phones and basically none of the personal safety gear available today, so once in the liferaft they were at the mercy of the elements until found. Lucky they were as they were unable to get a Mayday out as they sunk so quickly!

Albatros still leads the race on handicap, and has now done so for four days, while her sistership ‘Mercury’ holds second spot overall. And the media continue to give the line-honours boats the bulk of the coverage, with ‘Striana’ now being the line-honours leader.

There is a delightful report about the three Johns aboard ‘Albatros’. 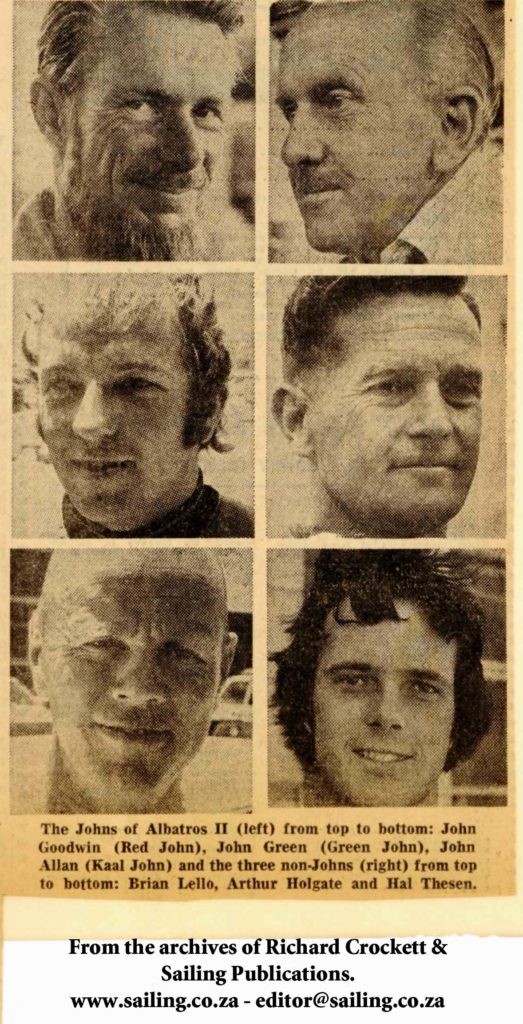 “Is There A John on Board? – Yes Three”. On board “macaroni-masted” ‘Albatros II’, the Knysna sloop carrying the hopes of the Thesen family and reported to be out front among the leaders, there are no fewer than three Johns. In order to avoid the inevitable confusion when anybody shouts “Where’s John?” or What a grotty supper John cooked to-night”, they have been dubbed “Red John”, “Green John” and “Kaal John”.
READ MORE HERE:  1971 01 29 – Rio 1971 – Dave Elcock Collection -000362 – OCR 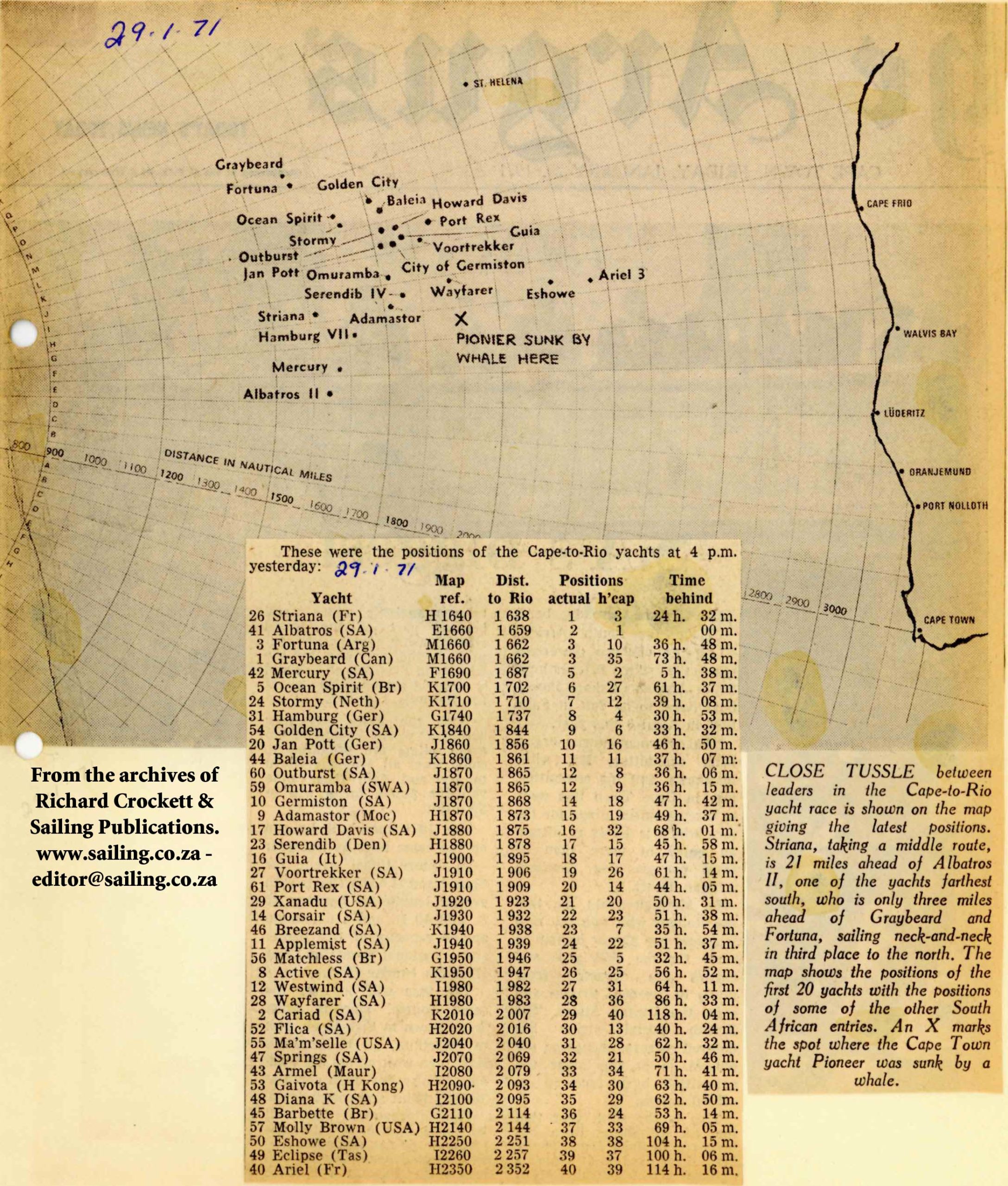