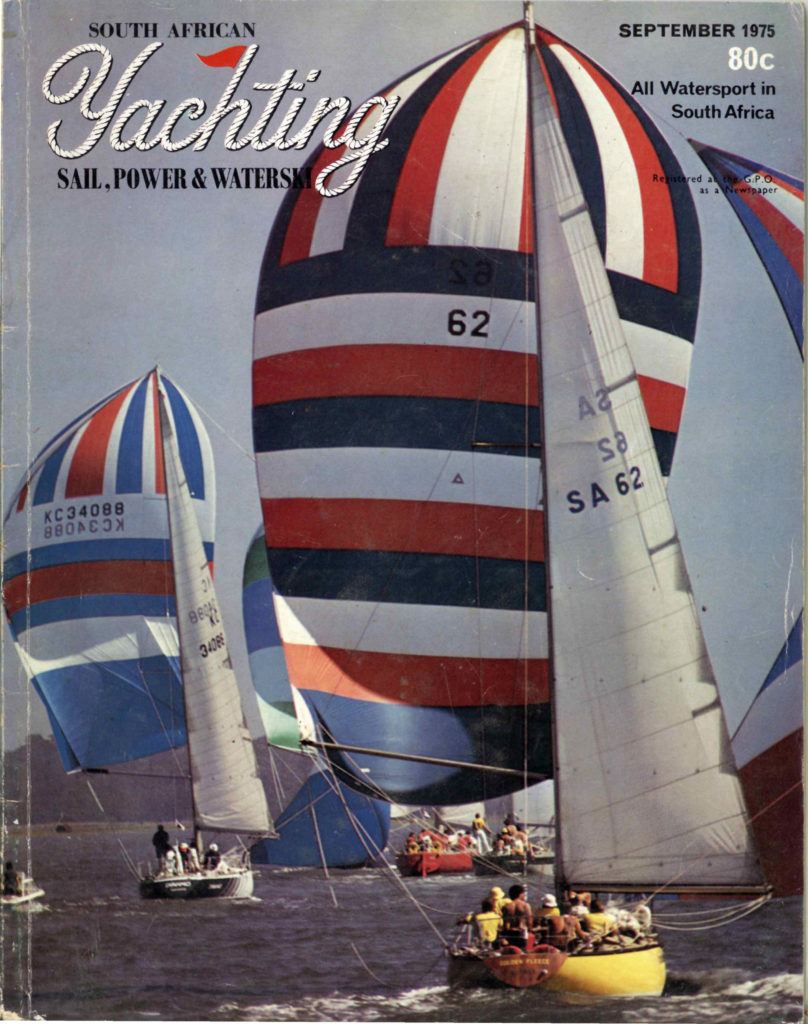 South Africa’s ‘Golden Fleece’ sailing with the cream of the world’s ocean racers at Cowes.

She is a Sparkman & Stephens design, with her crew as follows:

This was obviously the team of “Jaapies” with the best humour as one of her crew, writing in SA Yachting, had the following to say:

“We sweltered in Durban-type heat but the only streakers that we knew of was at the party of the famous “Auscrew” – members of Australian crews who have taken part in Admiral’s Cup races in the past. They fly in crates of Aussie beer, the total a top secret , and one can of beer is left and put up on the counter. The men all gather at the other end of the bar in the club where they hold their functions, and the first one completely stripped and reaching the can of beer can claim it. Several ladies have applied for membership of “Auscrew”, but none I believe have been successful.

“Close proximity in the case of Golden Fleece evolved a brand new language. To give you just a few of the words, here is a brief glossary:
• The Pick – The anchor
• A Fanny – a bucket. (Pass me the blue fanny).
• A Wet – a drink. (used in the plural sense quite often too) – or wettie.
• Rammy – pants
• Mate – what you call an Englishman
• Austruckinfalian – Guess who?
• Mushrooms – the below-deck operators.
• Gorries – foredeck operators.
• Pitties – anybody working any of the winches.
• The Donk – the engine .
• Drivers – helmsmen
• Skipley – the captain (who also has other unprintable names).
• Wobbles – some thing you get when another boat passes you, or something the manager gets when you are late for supper.
• Burn – a lighted cigarette. (siggie).
• A Doby – a wash.
• A No. 3 Headsail – a “widow maker” – due to its weight, everybody was convinced that in manhandling it, it was bound to impair their future sex life.
• The Hood heavy spinnaker – known as “Prudence” – Prudence gets its name from the action of peeling spinnakers, as all our other spinnakers are Hard sails – Hence, when you have the Hard on and the streaker – it is prudent when the winds up to peel on the “Hood”.
• Anyway, everybody was expecting a “fast” Fastnet and not a “Fast-not”, as it was in 1973. 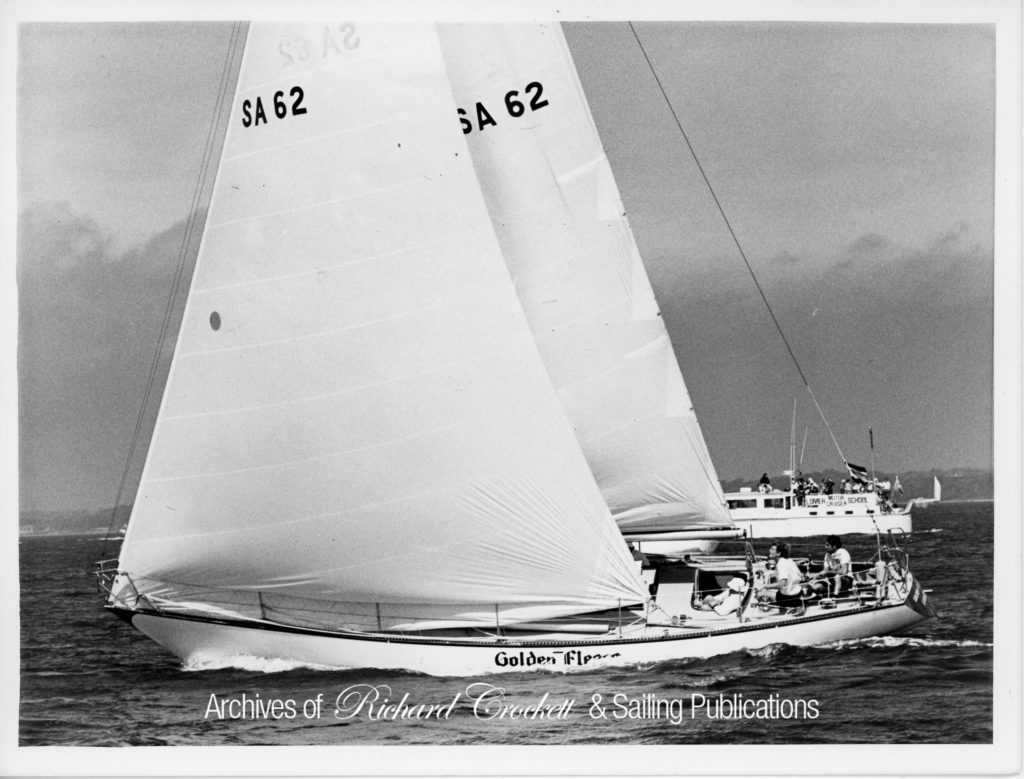 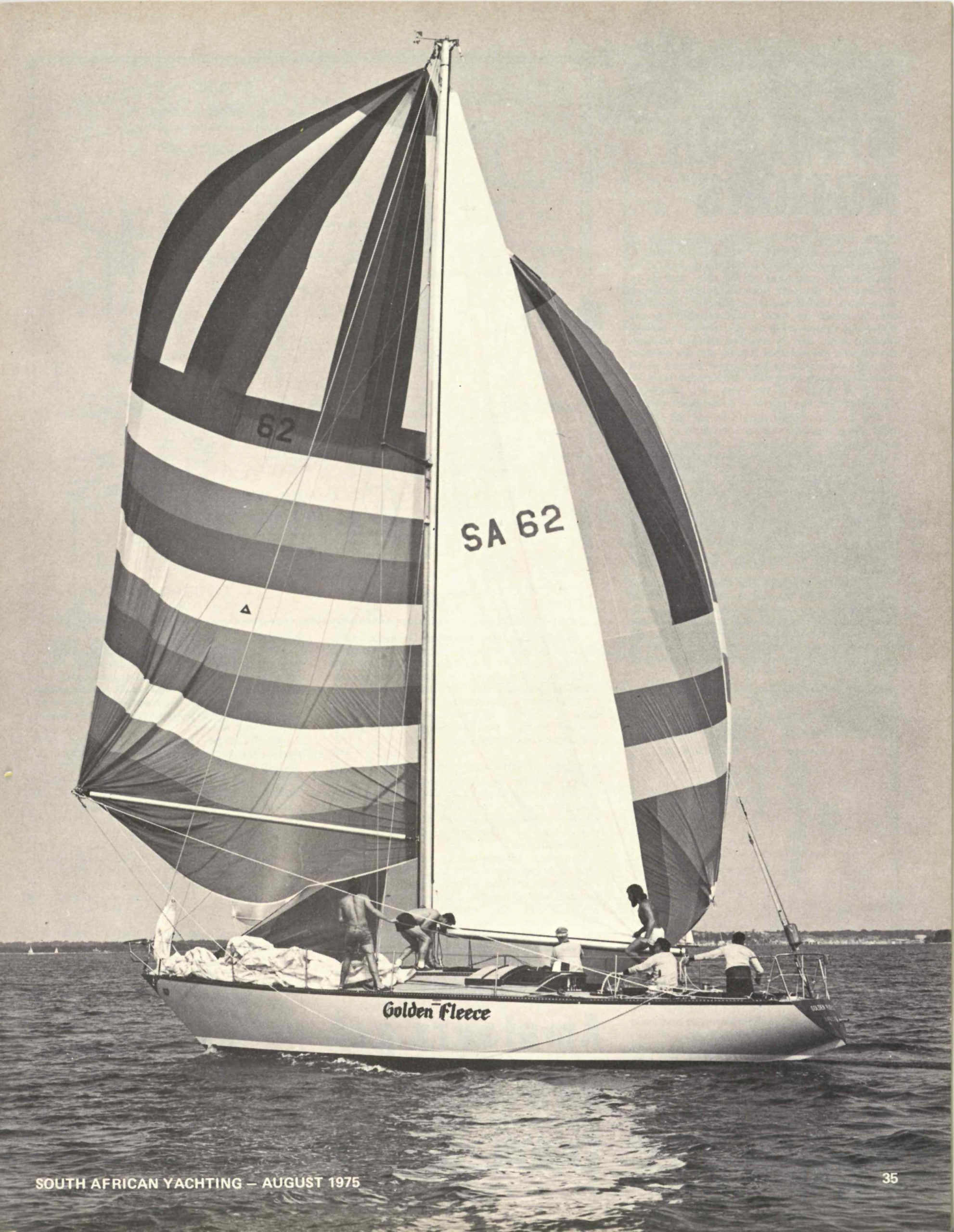