“Talking Sailing” From My Archives. GBYC Were 1998 Lipton Victors 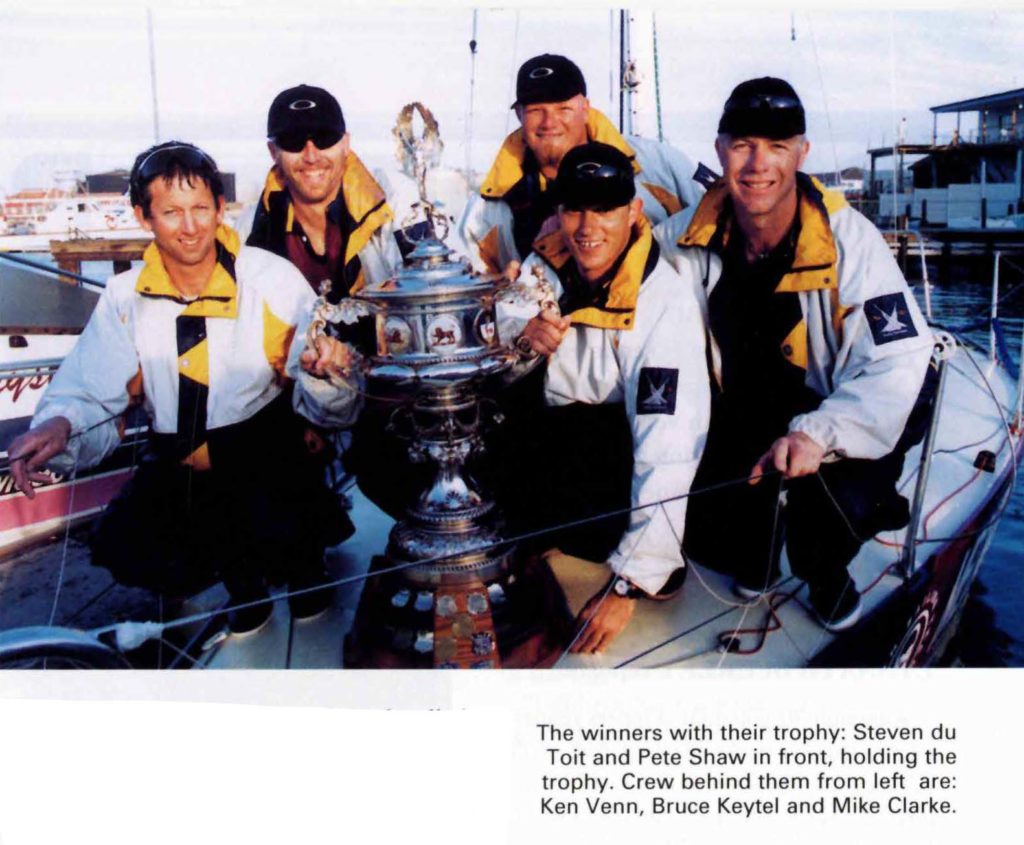 “With less than one point separating the first three boats going into the last race, this year’s Lipton Cup was one of the closest finishes in recent times. The event was hosted by Algoa Bay Yacht Club due to a sporting gesture by the Royal Cape Yacht Club, who, as defending champions, chose the Eastern Cape waters and not their own, in which to defend their title” was how SAILING Mag set the scene for this very close Lipton Cup Challenge tussle.

SA Yachting mag opened with this: “From the brilliantly-timed finish by ‘Fedsure Medway’ in the opening race to the last naiI-biting finish Gordon’s Bay Yacht Club snatched victory from Theewater Sport Club’s Daly’s Insurance in the 45th Lipton Cup in Algoa Bay at the end of August”.

In conclusion, they reported as follows: “Defending champions Royal Cape Yacht Club started poorly and when their spinnaker split on the final triangle of the Olympic course it ended their hope of a back-to-back victory. “It was just another day,” said Davis. “We should have been more conservative on day five, but we weren’t. We did not make the advantages we had, making us our own worst enemy.”

Co-skipper Dave Hudson said: “It was an extremely close regatta. In fact one of the closest in years. It is definitely the hardest racing in the country and therefore close competition like this is expected.””