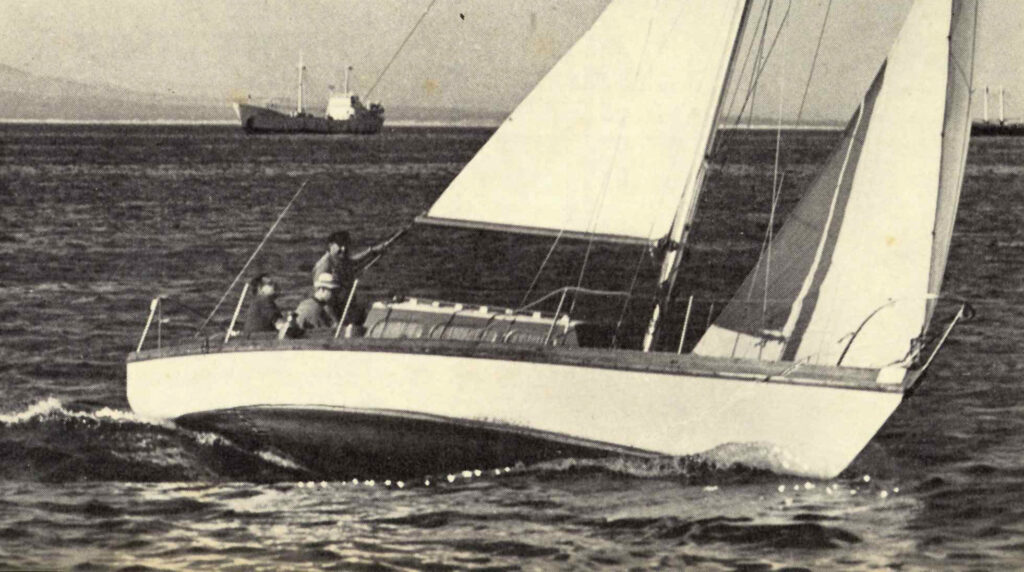 The Dogger-class sloop Falcon which did so well in the 1967 hard-weather race to Saldanha from Table Bay, also won the light-weather coastal “chess game” to Gansbaai and back by dint of unrelenting concentration.

The Gansbaai Race turned out to be full of light airs and graces as reported by Gordon Webb whose ‘Falcon’ took 68 hours for the 240nm passage.

Maybe there is an opportunity here for the Cape offshore sailors to give this course a whirl again?

In this report I enjoyed Gordon Webb’s comments on the choice of crew and why. This is what he said: “Because we are not a regular sailing team on Falcon the manning gave us considerable thought. The crew is all-important in any race and as much attention to this aspect must be given as to the boat and her sails. It has been my experience overseas, especially with the American and Australians, that passengers are not carried on winning ocean racers. It is only right that an owner who takes his racing seriously and equips his boat at considerable expense can expect his crew to be up to standard for major races.

“The only way to achieve this standard is for the Skipper to demand it, train with his crew and be prepared to sail short-handed rather than accept sub-standard performance.

There’s a lot of interesting info in this article.