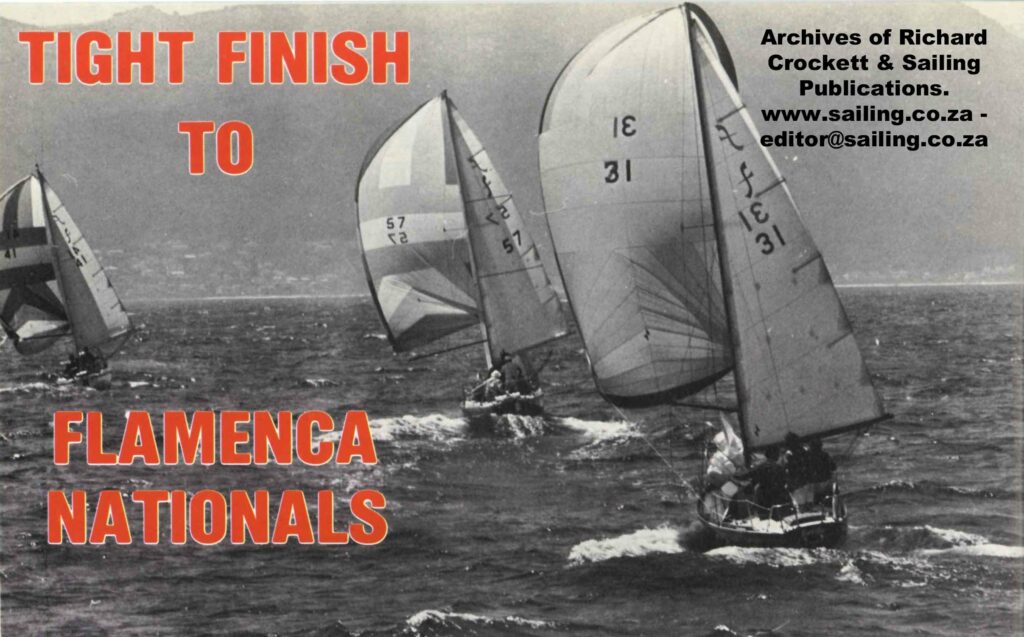 What better way to start off the week by having three very different features to read.

The 1981 Flamenca Western Province champs and Nationals were combined into one event on False Bay where racing was so close that just one single point separated the top three boats in the nationals. The winner was Nigel Clack aboard ‘Ole” followed by Ian Martin aboard ‘Tortilla’ and Geoff Johnson aboard ‘Hallucination’.

As “Talking Sailing” covers the historical aspects of our sport I have chosen the feature entitled “TYC Keelboat History Recalled…” as it is a delightfully light read from yesteryear.

Finally I was unable to ignore the Glenwood Ford Champion of Champions Match Racing series sailed in Flying Fifteens on Durban Bay. Match Racing provides wonderfully close-quarter competition, and this regatta did not disappoint.

The four main yachting provinces were represented with two teams from each, and boats drawn randomly at the pre-regatta cocktail party. Racing ultimately went down to the wire and concluded with a port-starboard protest between the Clarence/Warne team and the JJ Provoyeur/Terry Twentyman-Jones team. Ultimately JJ did not have the decision go in his favour and Terry Clarence with Derrick Warne as crew were crowned the champions. 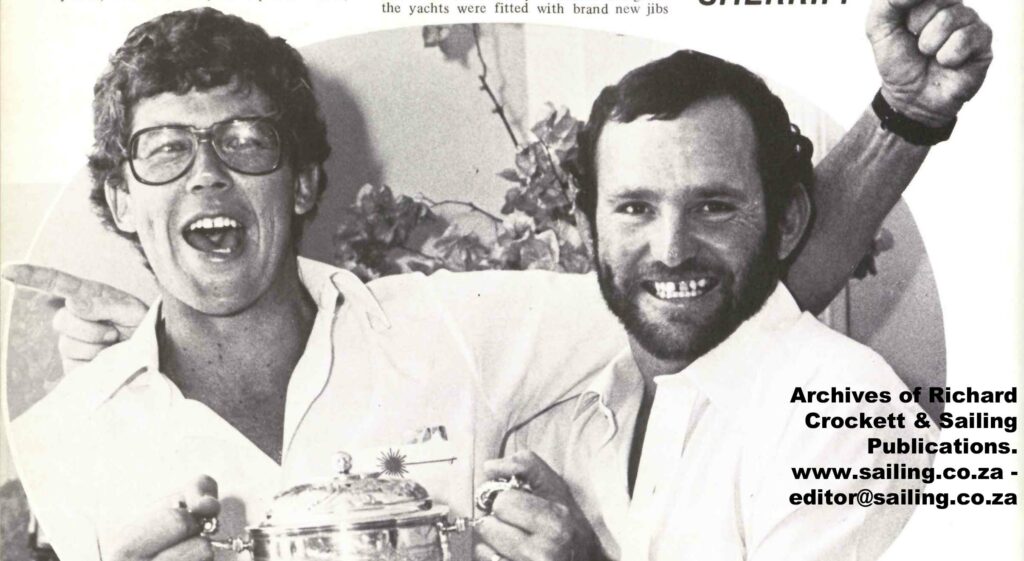