“Talking Sailing” From My Archives. First Message from Pionier Crew.

There is little news available today for some reason, other than news coming from the crew of ‘Pionier’ who were battling to come to terms with their dramatic sinking.

It is interesting, that despite a six-hour delay after the start to effect mast repairs in the clam of Robben Island, ‘Albatross II’ continues to lead the fleet on actual distance left to Rio, and on handicap. And her sistership, ‘Mercury, maintains second spot on both calculations. So the South African yachts were up there with the best in the world, although a host of non-South African yachts were planning to snatch those honours away as they headed for the finish.

It’s been an exciting race to date.

Tomorrow, Sunday, I will reveal the full account on the sinking of ‘Pionier’ and the rescue of her crew. It’s rivetting reading. 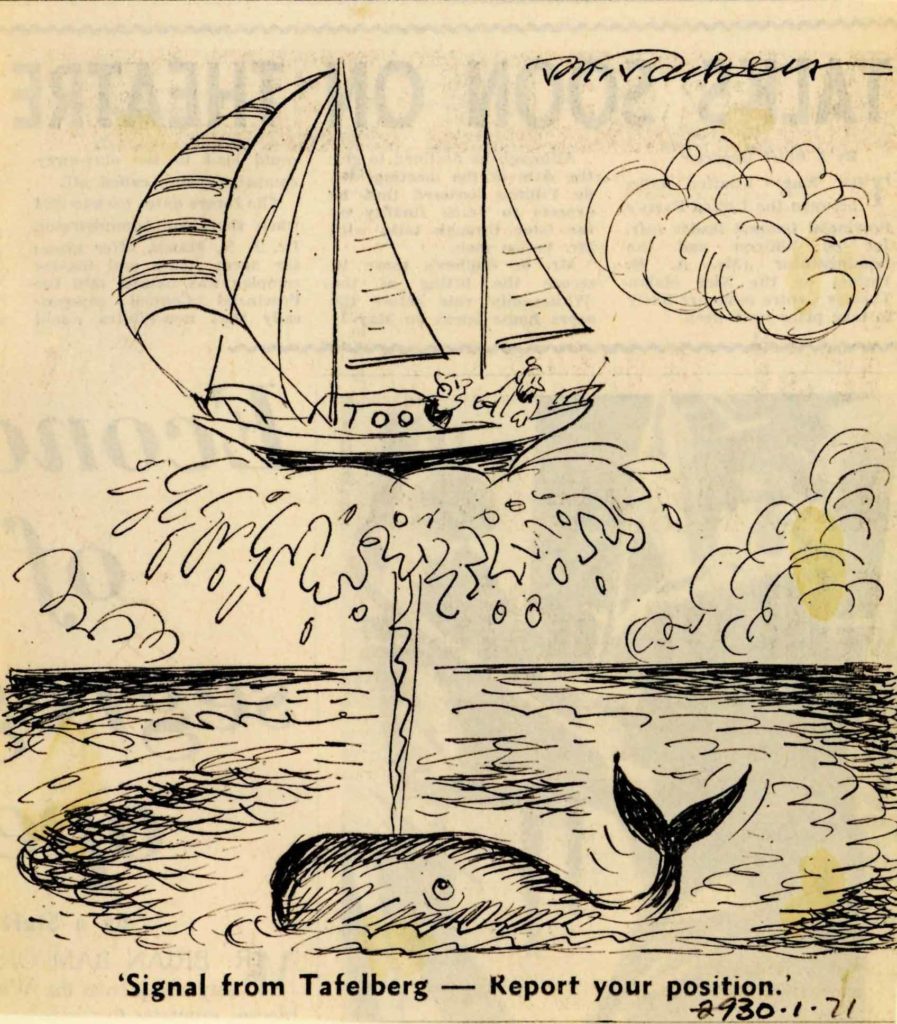 “Pionier Crew Send First Messages”. Something of the shock of having one’s yacht sunk in mid-ocean by a whale is conveyed in this terse message sent to The Argus by Jenifer Webb, who was in the crew of the ill-starred ‘Pionier’: ‘Still completely overwhelmed at sudden and dramatic turn of events.’
READ MORE HERE:  1971 01 30 – Rio 1971 – Dave Elcock Collection -000410 – OCR

“First Weeks of Race Have Been Full of Action”. The Cape-to-Rio yacht race is two weeks old – and much has happened since that blustery Saturday when a strident south- easter sent the world’s most beautiful armada sweeping out of Table Bay.
READ MORE HERE:  1971 01 30 – Rio 1971 – Dave Elcock Collection -000507 – OCR 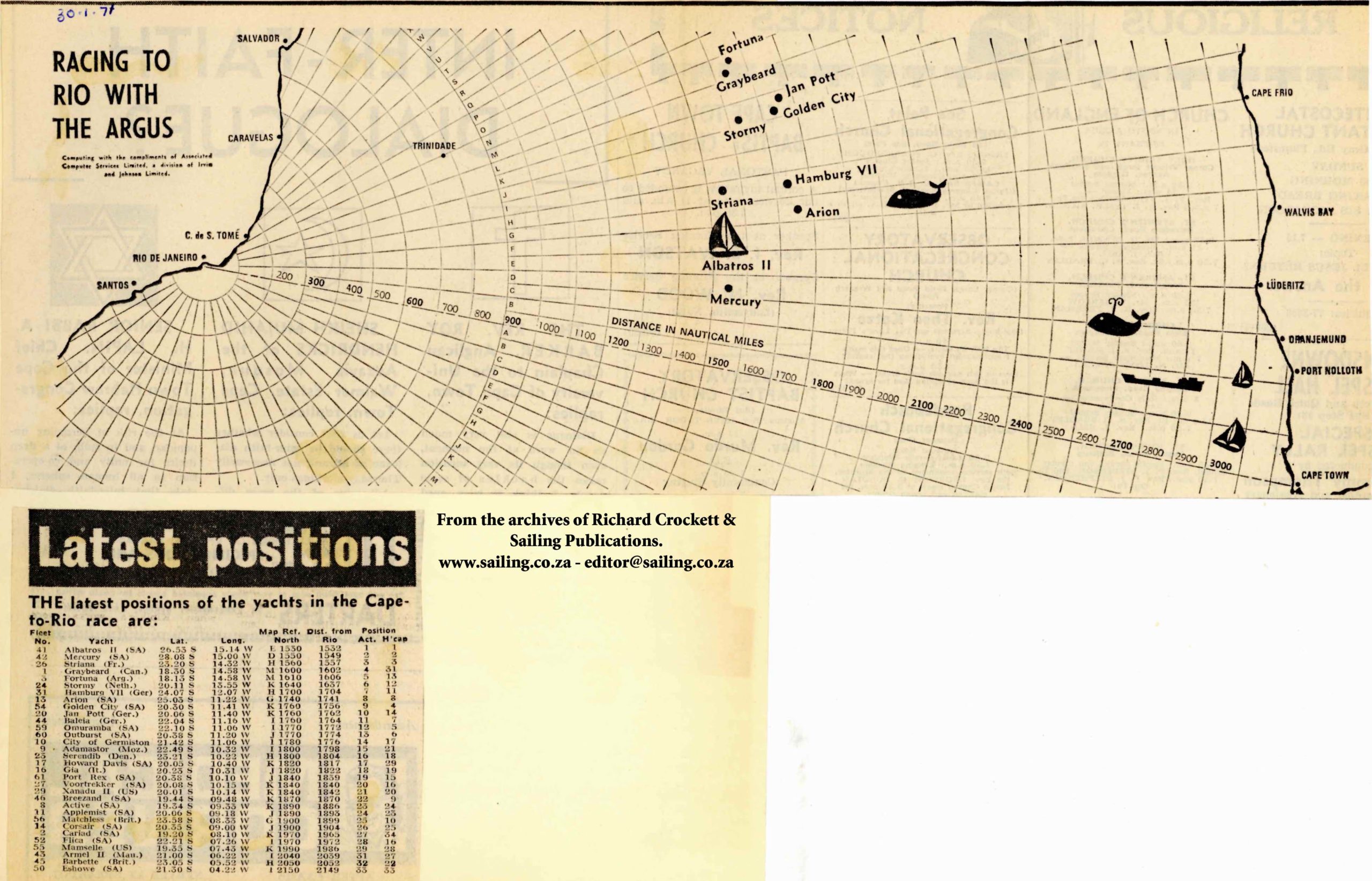 Don’t you just love the 2 whales depicted on this chart showing where ‘Corsair’ hit a whale and then the position at which ‘Pionier’ was sunk?