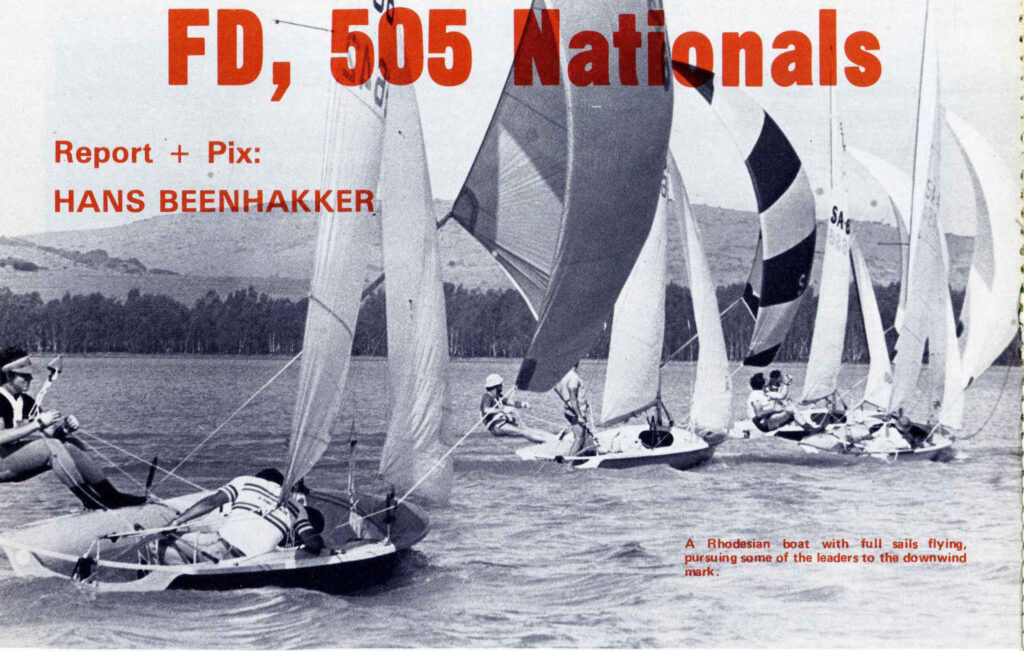 These Nationals towards the end of 1979 were reported on in SA Yachting in January 1980, with many of the big names of dinghy sailing in the country competing.

Names like Davidge-Pitts, Sutherland, Tucker, Leeksma, Manson and Cherry were “top dogs” in their day in the FD fleet, while Willcox, Hermann, Ehlers, Kuhn, Downham, Cardwell, Sternagel, Hishin, van Rooyen, Ellens and Hudson were all competing in the 505 fleet.

Competition was tough and tight for the podium places with Grant and Keith Davidge-Pitts taking the FD honours and Robbie Willcox with Ditmar Hermann taking the 505 honours.

A stormy fourth race was written up in detail in the report, It’s worth a read so I won’t elaborate too much other than to reproduce a single short paragraph that read as follows: “Inevitably the buster struck. In a matter of seconds it swept across the water and flattened almost everything in its path. Minutes later none of the 50 boats on the water were visible”.