“Talking Sailing” From My Archives. Experience Tells At Olympic Trials 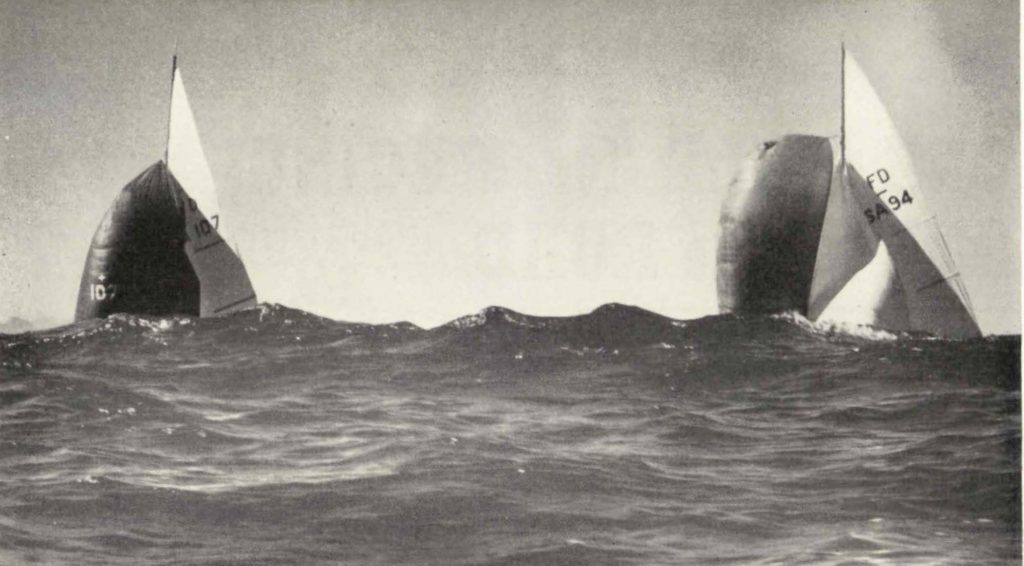 HIGHVELD SAILORS among the swells in Mossel Bay made a picture to remember, with Don Ord’s poppy red spinnnaker (left) and Walton’s bottle green one vivid against the blue sky. Ord, E.R.Y.C was sailing the new fibreglass Dutchman and Walton, Flamingo Y.C., Welkom, split his keelson under the mast step during this afternoon.

Browsing through my archives always reveals something interesting, with this report on the 1959 Olympic Trials being no exception.

Trials are always tough, and there will always be some disappointed competitors, and some “if only” questions asked. These trials were no different as the opening paragraph of the report shows:

“Maturity won the day after a week’s keen sailing for the Olympic dinghy trials on the water of the Mossel Bay Yacht Club early in September. And although it is probably small consolation to that justly ambitious group of young yachtsmen who sailed so brilliantly, there is every expectation that the selectors of the South African Yacht Racing Association will be proved right in the Bay of Naples next September”.