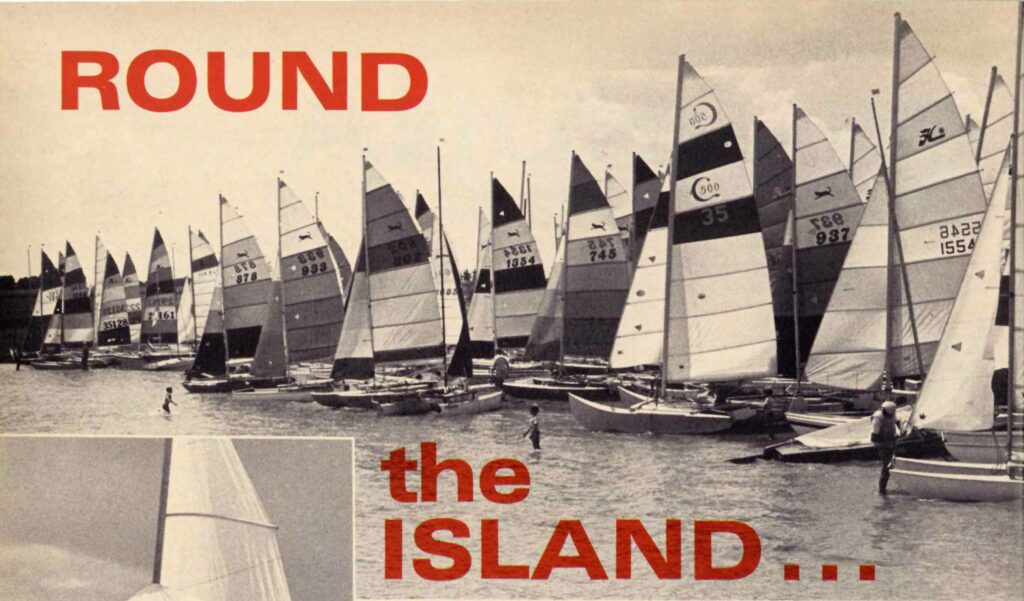 From 534 to 549 – it’s not a big leap forward, but it was a positive indication that the vent was in the hearts and minds of yachties as one of those on the bucket list of events to compete in.

For the record there were 549 entries. Largest class, 92 Halcats.

Fireballs were the largest dinghy class with 25.

There were even 10 Soling entered.

Oh, and for the record, a 505 skippered by G Calderwood won overall.

Apologies for keeping in the Glinane Week report, but that’s how SA Yachting was produced in those days, with articles starting and finishing later in the mag! But Glinane Week was always a highlight on the calendar.