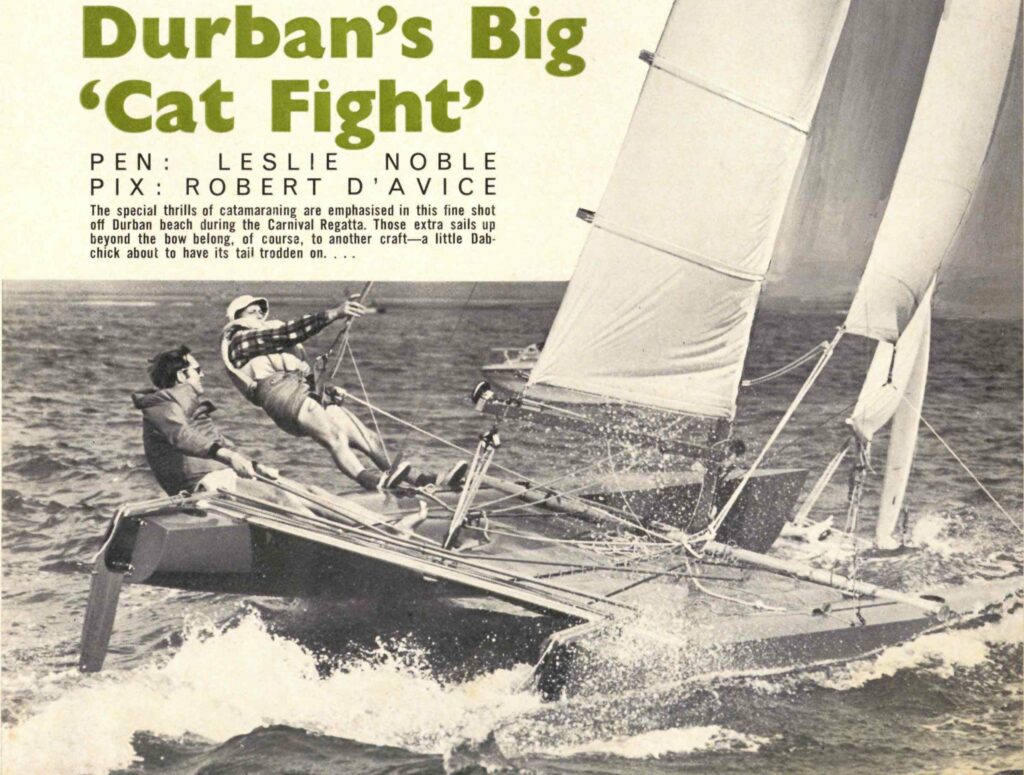 Before plunging into the ‘cat fight’, while researching material on Hobie’s, I came across two very interesting editorials on the Oceana Powerboat Club, the one, published in May 1973, said this: “Growing strong within the club at the moment is a sailing section. Mainly sailing types who started using Three Anchor Bay and thought it wise to fall in with the club. Four Hobie cat owners are on the membership List and at the A.G.M. Harold Stern, one of them, was appointed to take care of that section of the club. With multi-hulls not too popular at Zeekoevlei, they are not going to have much option other than to sail on the sea.

In the October 1973 issue, under the headline “Power Stages A Cat Regatta”, the following was how the article was introduced: “POWER and sail spent September 9 together in Table Bay – making history and having a record amount of good clean fun at the first Seven Sea Catamaran Regatta”.

I found this interesting as the Race Ahead sailing squad was welcomed at Oceana Power boat club, and our Olympians Benji Daniel and Alex Burger both used that Club as their base when training for the Olympics.

That aside, Durban’s Big ‘Cat Fight’ was a Rio-type Carnival type in July when a good fleet of Mirrors took part, with smaller fleets of Sprogs, Finns, Enterprises and Dabbies, a few Fireballs, a couple of 505s and Penguins, a Flying Dutchman and a ditto Fifteen- but all these boats were completely eclipsed by CATS.

The place was warming with Cats!