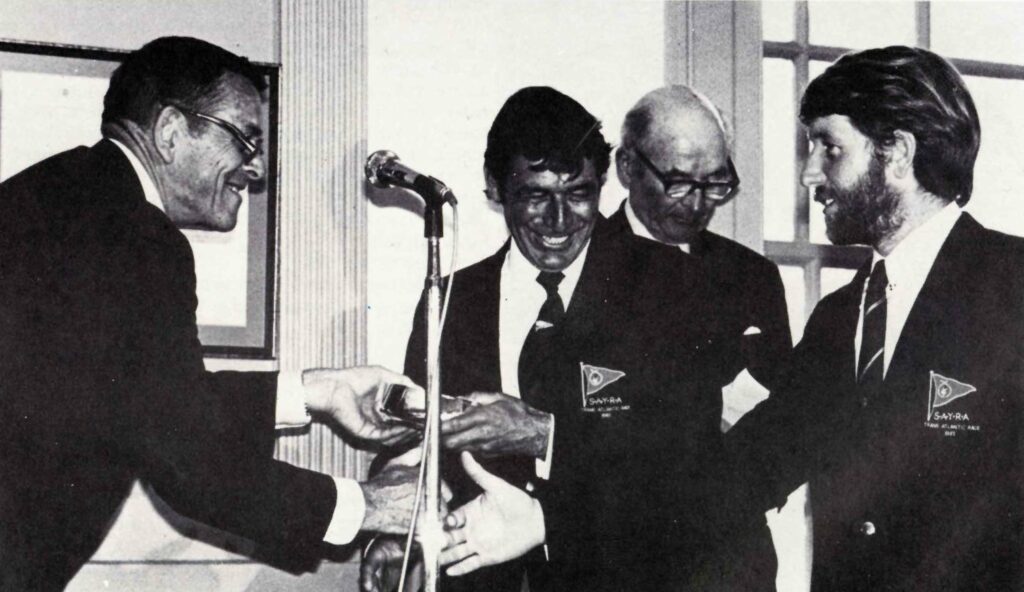 The heady days of the ‘80s when Bertie Reed and John Martin brought honour to our sport with their single-handed and double-handed exploits are almost long forgotten.

Like the original races to Rio in the early ‘70s, South Africa, our boats and our yachtsmen too were put on the international map as the Rio Race was the longest ocean race in the world at that time.

Our two “toughies” took it on the chin and continued to impress with their exploits every time they took to the water.

In spite of a stormy approach to Newport, Rhode Island, in which she blew out a headsail, the 14-year-old South African entry in the “Two-Star” Transatlantic Race, ‘Voortrekker’ had a splendid prize-winning finish in the veteran yacht’s seventh contest across the Atlantic.

‘Voortrekker’, skippered by Springbok helmsman Warrant Officer Bertie Reed and with Lieutenant John Martin, also of the South African Navy, as the other member of the two man crew, chopped four days off her elapsed time set in the Observer Single-handed Transatlantic Race last year to finish in 19 days and 20 hours – and to be the second monohull in her class to cross the line.