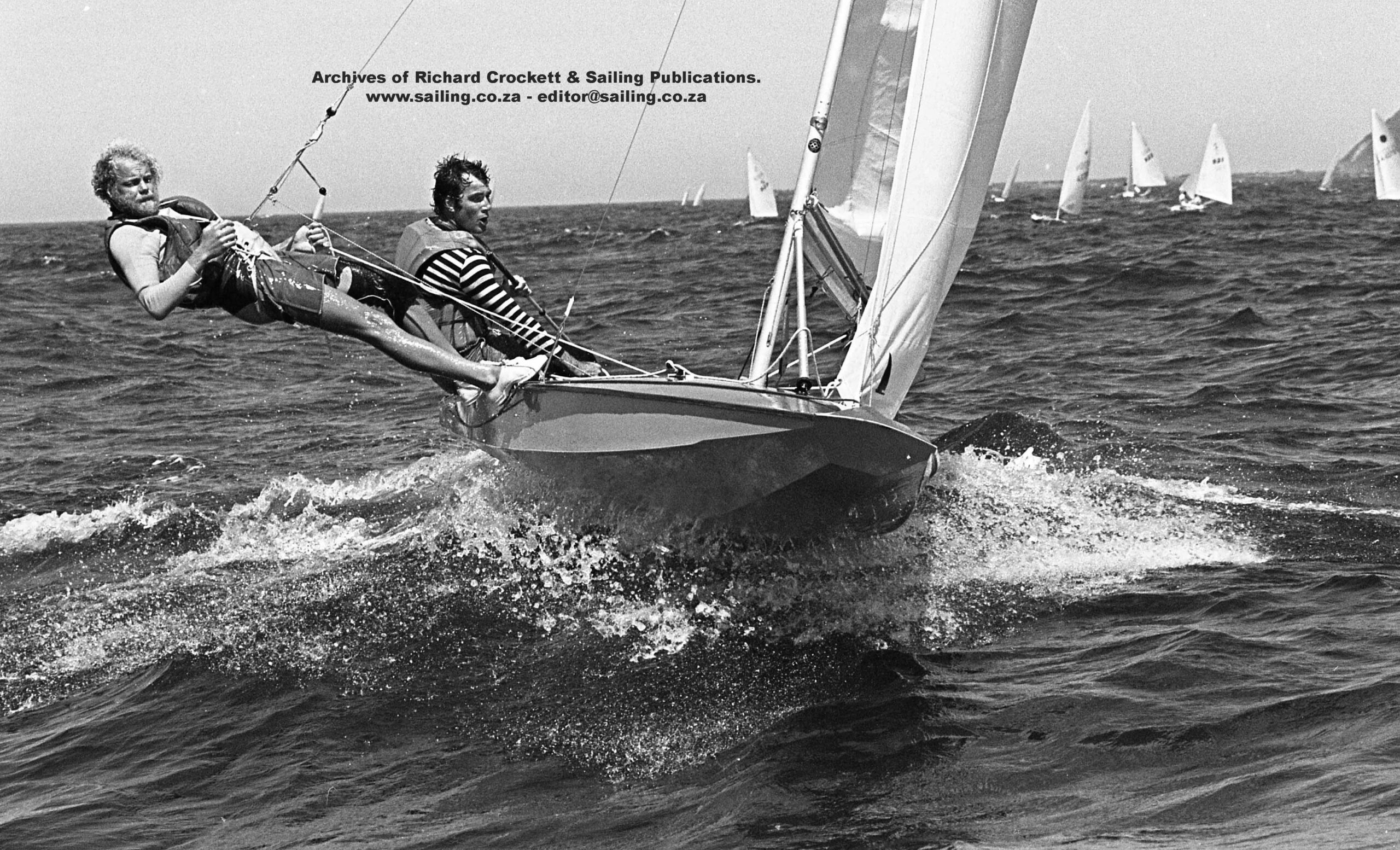 It’s hard to sometimes believe that the 1980 Fireball Worlds off Durban were 42 years ago! For me personally, I have always believed that it was one of the most hard-fought and competitive dinghy regattas ever sailed on South African waters.

Every top Fireball sailor in the country was competing, and competing having gone through several rounds of rigorous selection trials. The top locals were well prepared, and there was a fear amongst the internationals that the “Jaapies” could just win this one.

Sadly JJ Provoyeur and his crew Terry Twentyman-Jones finished second, his hard-luck story has featured in this Blog previously, and Dave Hudson with Terry Reynolds as crew were third. They too had a hard-luck story having been forced to retire from a critical race when they touched another boat. There were no penalty turns in those days – simply go home and accept the penalty. Harsh yes, but those were the rules then.

I came across a series of five feature articles published in Yachtsman RSA magazine in 1984, which basically exposed how our local Fireball sailors prepared for international and World Championships. Their approach was hard-core, intense and measured – and make very good reading.

These all still make fascinating reading, even now 38 years later, with each of these guys giving valuable insight into their thinking, approach and planning.

What I found exceptionally fascinating, as I had forgotten this over the years, was that the SA boats only arrived in San Francisco the day before the ’84 Worlds event started, despite having been shipped three months earlier! Hudson and his crew Terry Reynolds borrowed a boat to get a taste of the San Francisco conditions and especially its thermal wind. They sailed as much as they could in the three days they had the loan boat and capsized 27 times before managing to tame the local winds. But they didn’t capsize once during the competition!

This is a fascinating read, and for ease I have combined all 5 features into one document.