“Talking Sailing” From My Archives. Davis & Blanckenberg Victors Again in 2010 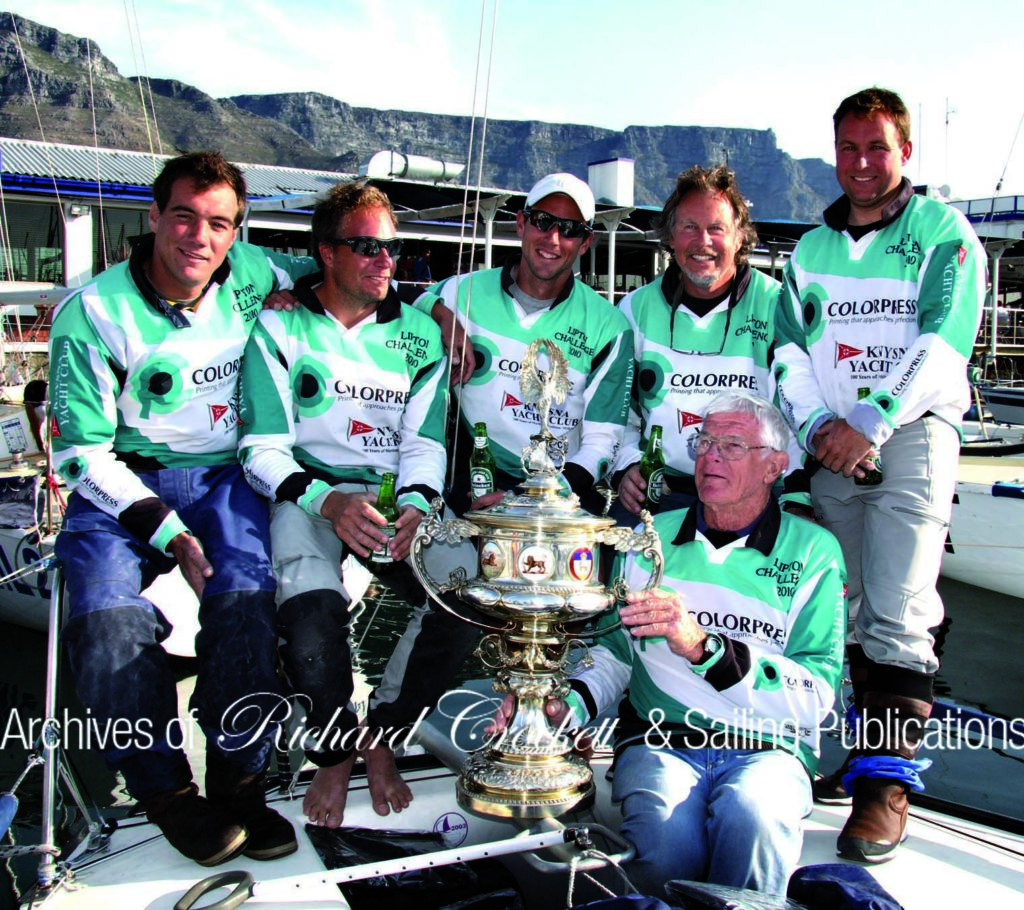 Matthew Thomas covered the event with these observations being pertinenet.

“With boats and teams coming to Cape Town from all over the country and the L26 Western Cape Provincials the week before, Royal Cape was a awash with sailors, and in the five days between the events the teams made adjustments, and went out and practised manoeuvres, hoping that it would make the difference when the Lipton Cup Challenge started.

Looking at the results of the L26 WC Provincials, it was pretty clear that the racing this year would be tight and the big question at the bar was whether the new young bloods would be able to topple the Davis/Blankenberg team sailing Colorpress.

Looking back over the whole event, this week of sailing was one of the most exciting Lipton Cup’s in a long time, where it was all up to the last race and the gap between the ‘Master’ and ‘New Kids on the Block” has diminished.

Also in this issue was a separate feature entitled “A Youthful Event”, written by Kirsten Veenstra, covering the youth aspect which was strong.

And, with the Cup moving to Mossel Bay for the 2011 Challenge, there was info on this too.