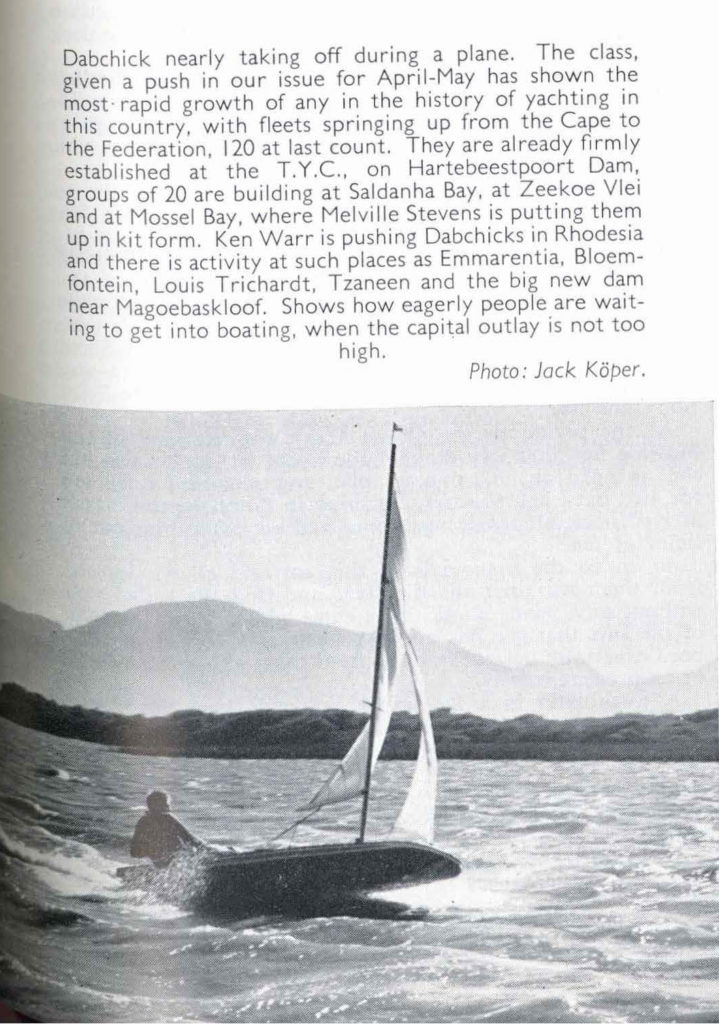 The demand for plans for the Dabbie grew so fast and so quickly that even her designer, Jack Koper, was taken by surprise. In the Editorial Comment of the May/June issue of SA Yachting in 1958, the Editor said this:

“Our feelings that economy is the key to making yachting a truly national sport were borne out by an overwhelmed Mr. J. Koper, of Pinelands, who had his £20 Dabchick publicized in our past issue. He rang up delightedly the other day to say that he had already had more than 120 requests for plans from as far as Ndola, and was having the greatest difficulty in coping with his mail. This is an astonishing figure, when measured against the fact that in Class News in this issue the Flying Dutchman, our senior Olympic division is pleased to be registering the 88th yacht in the national fleet.”

The following month, this extract appeared in SA Yachting, showing a boat performing exceptionally well, and showing just how popular it was becoming.

And then the following issue of SA Yachting, the September/October issue, reported that 185 applications for plans had been received from budding “Dab-Hands”!

And to carry on with the Dabbie pics which I have in my archives, and which I have yet to complete scanning them all, is another random selection. Enjoy these too.

Finally, there are many pics showing the Dabbie being sailed two-up. That warms my soul as I do believe that the boat was designed as a two-person boat rather than a singlehanded one. No hate mail on this subject please! 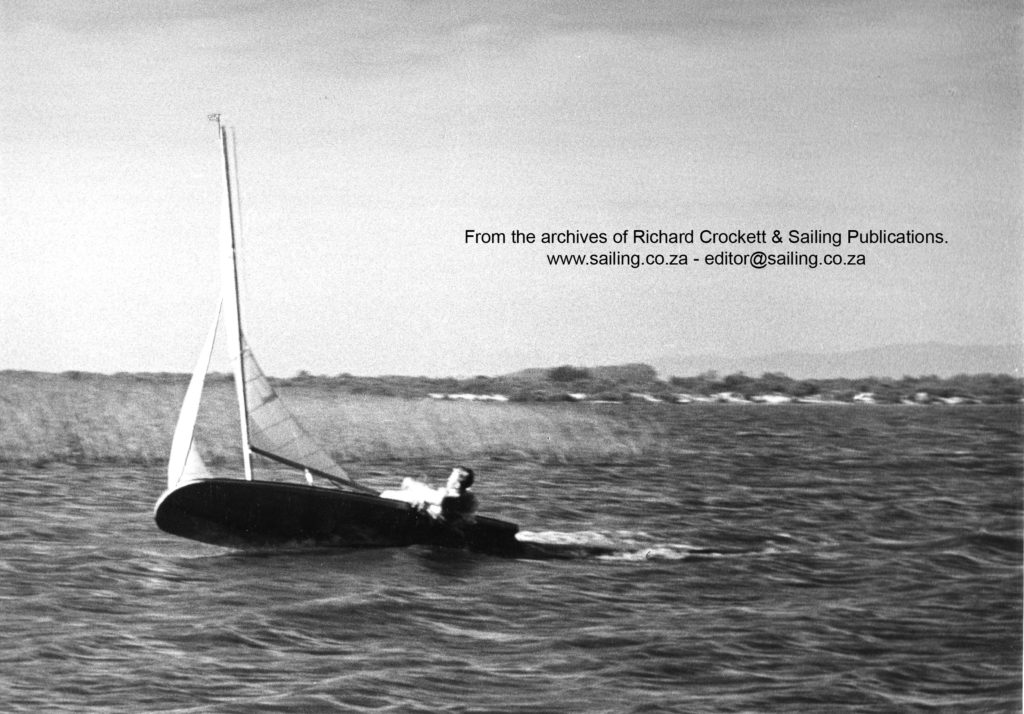 A Dabchick almost leaping out of the water planing at great speed. Gerhard Koper on his boat Flying Fish. 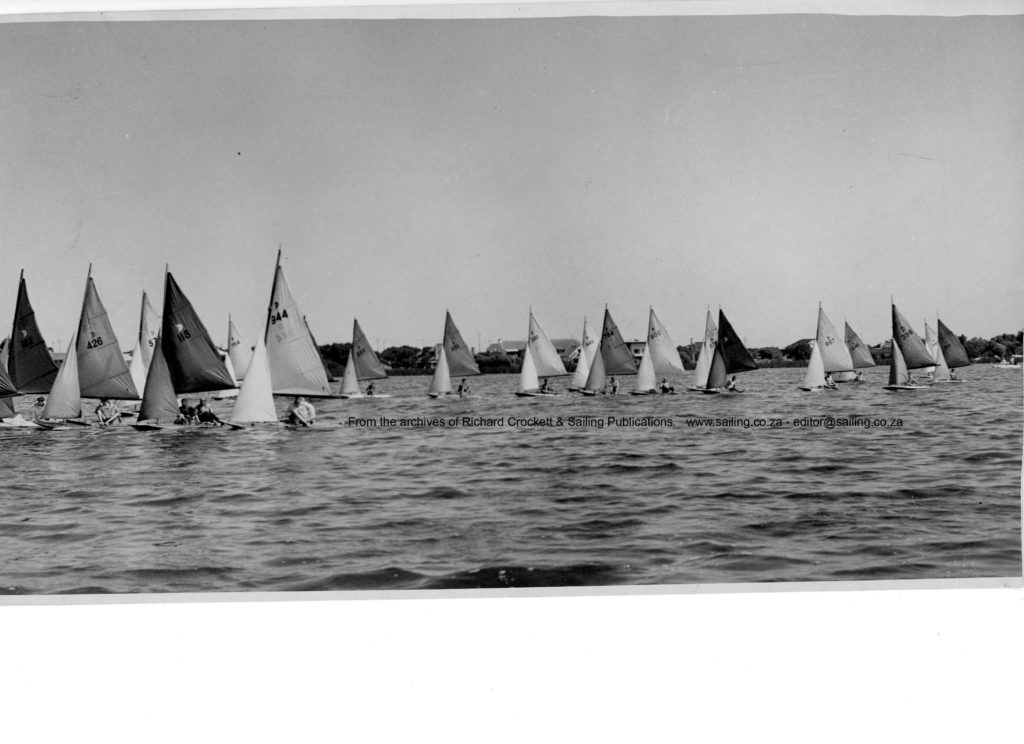 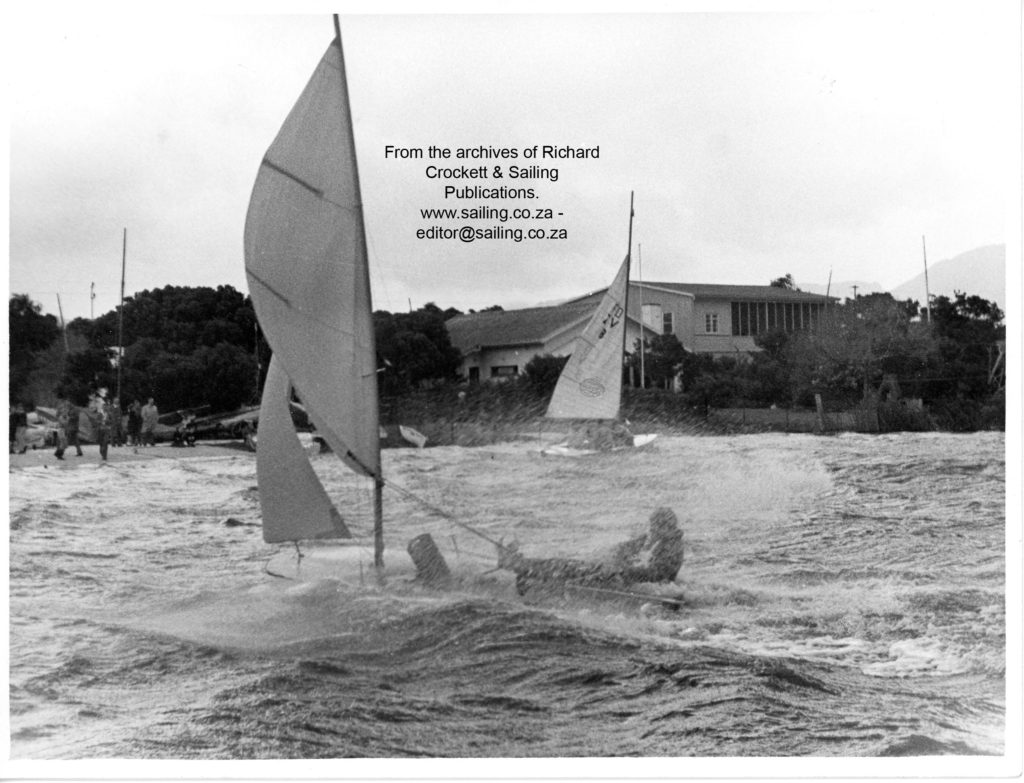 A Dabchick in a wild 50 mile wind, demonstrating its ability to take it rough with an able skipper at the helm. 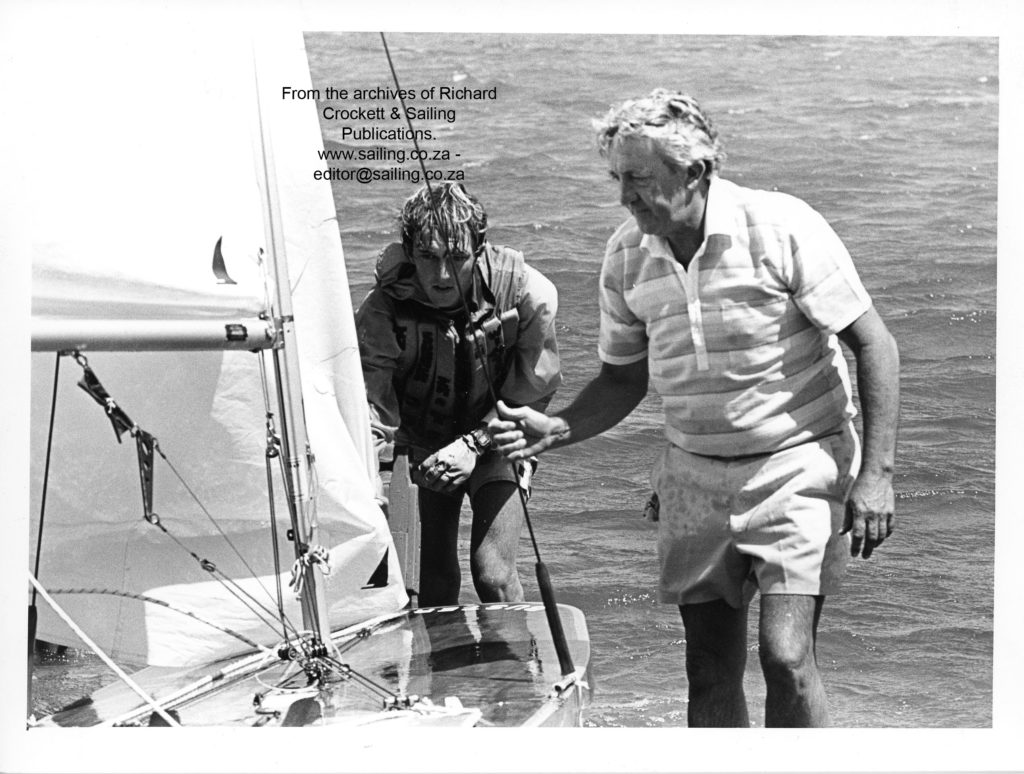 Dave Hibberd and his father. 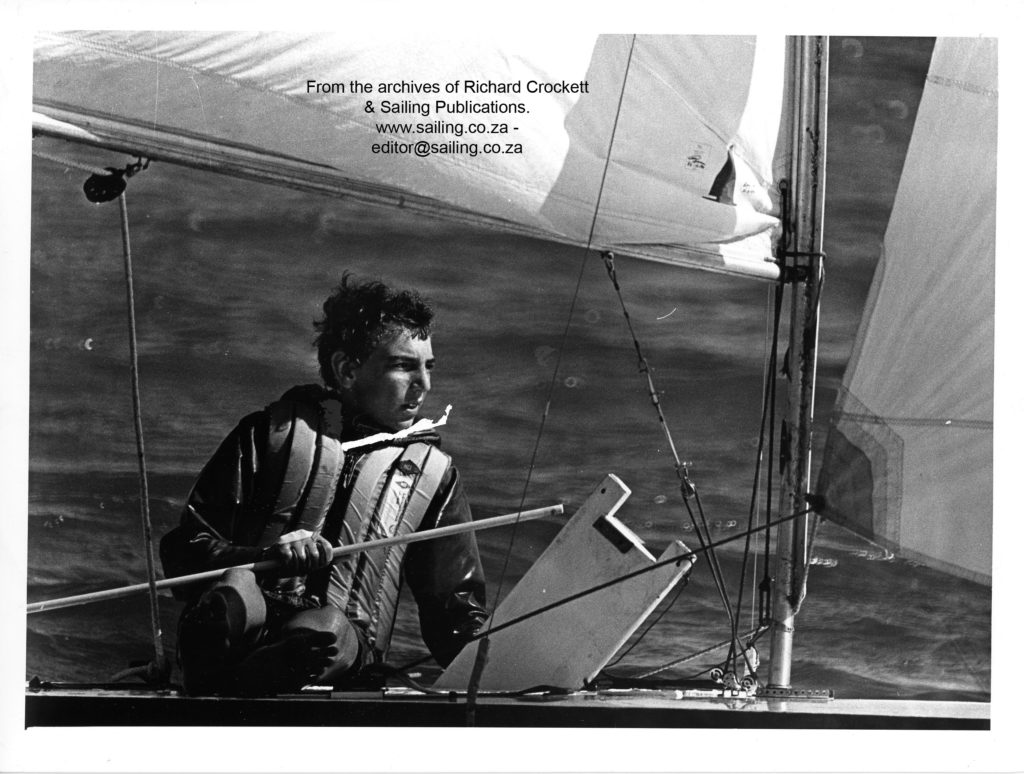 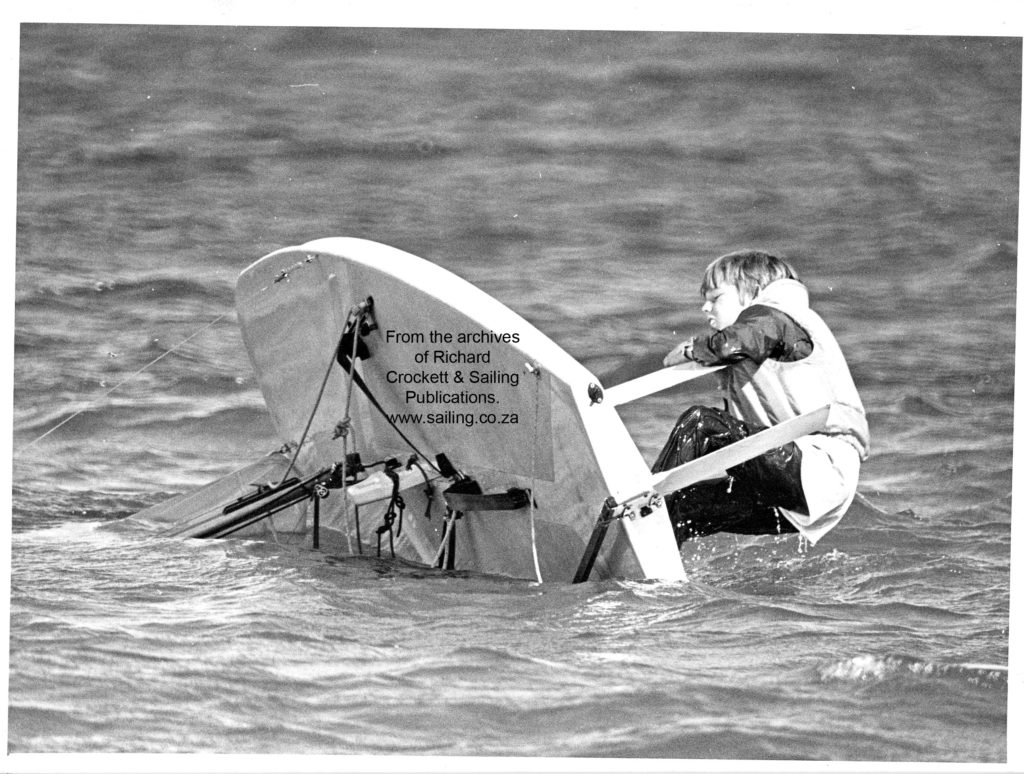 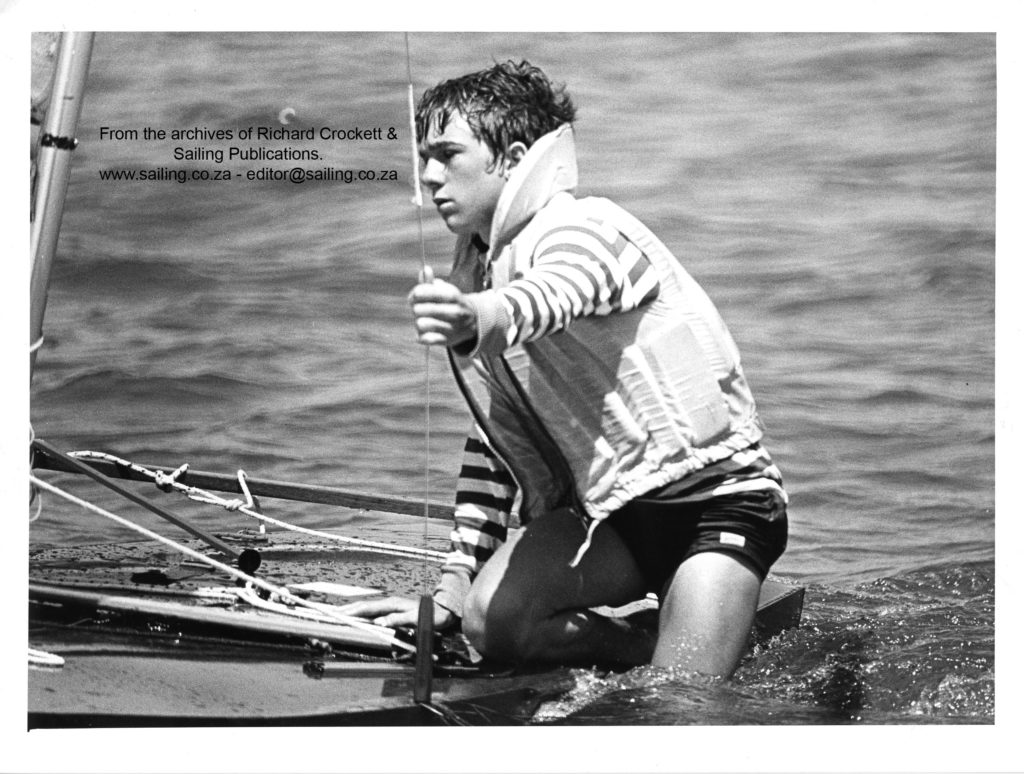 Gavin Bruce. 1st Dabchicks.
“Curry in my tummy
and Dabchick doing well –
despite the frosty weather,
gee i’m feeling swell!”. There must be some significance to this ditty? 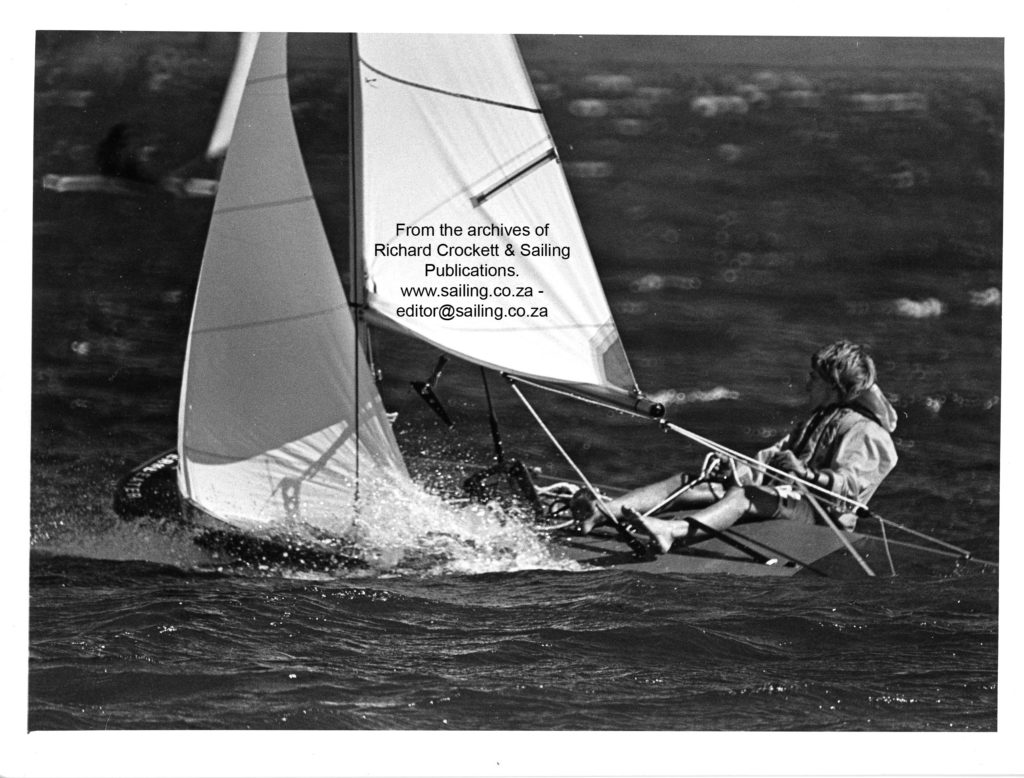 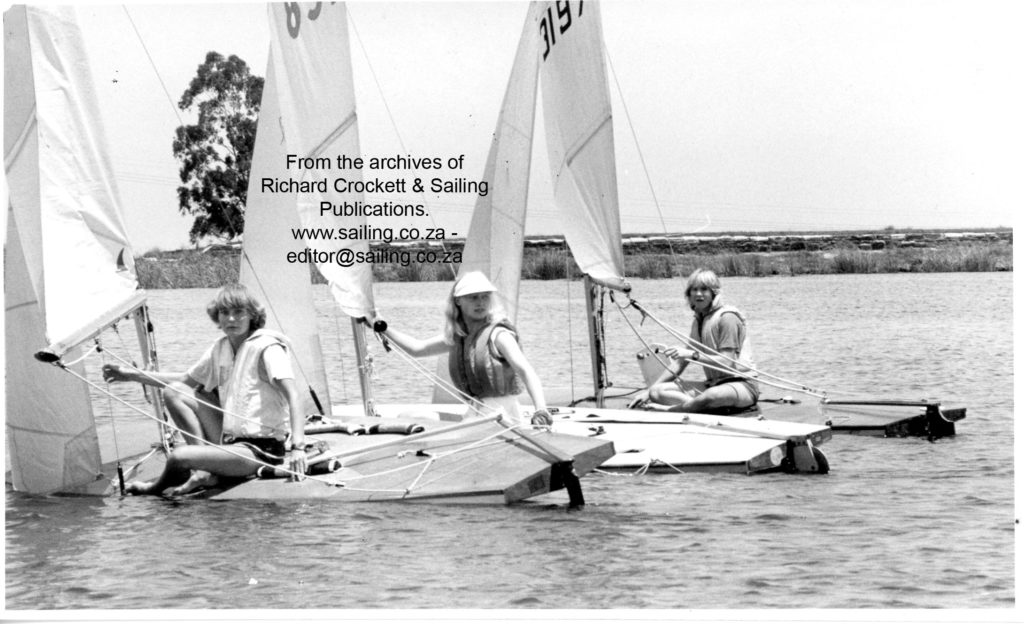 Sadly the pic does not have a caption! Any clues as it would be nice to identify these sailors. 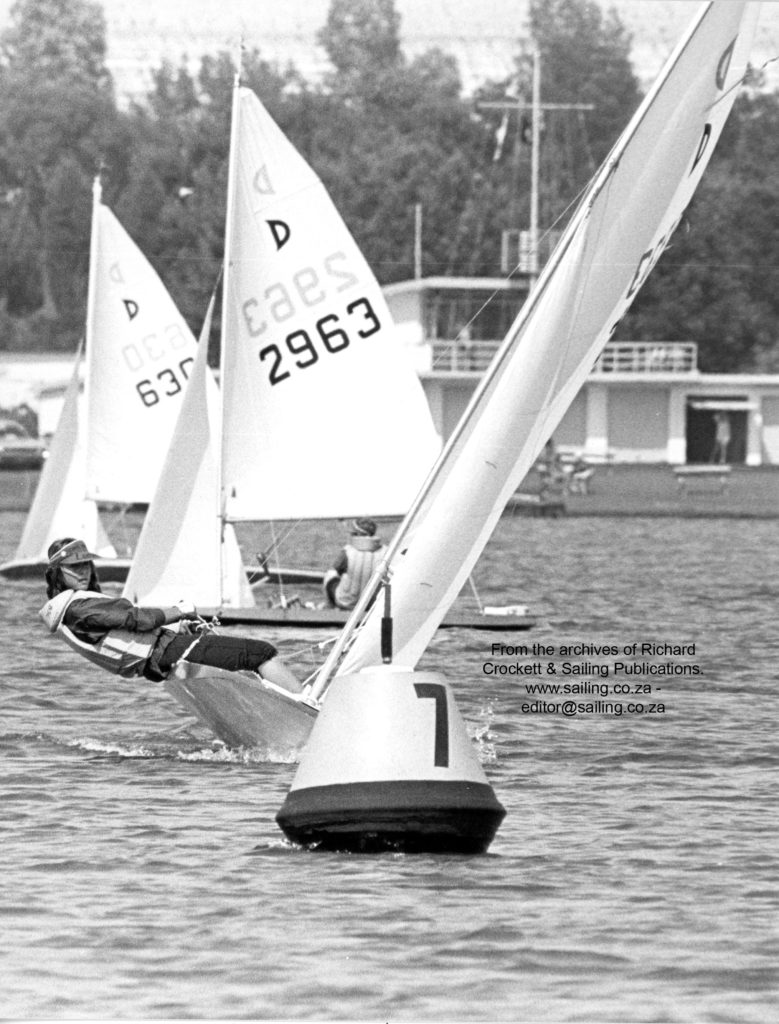 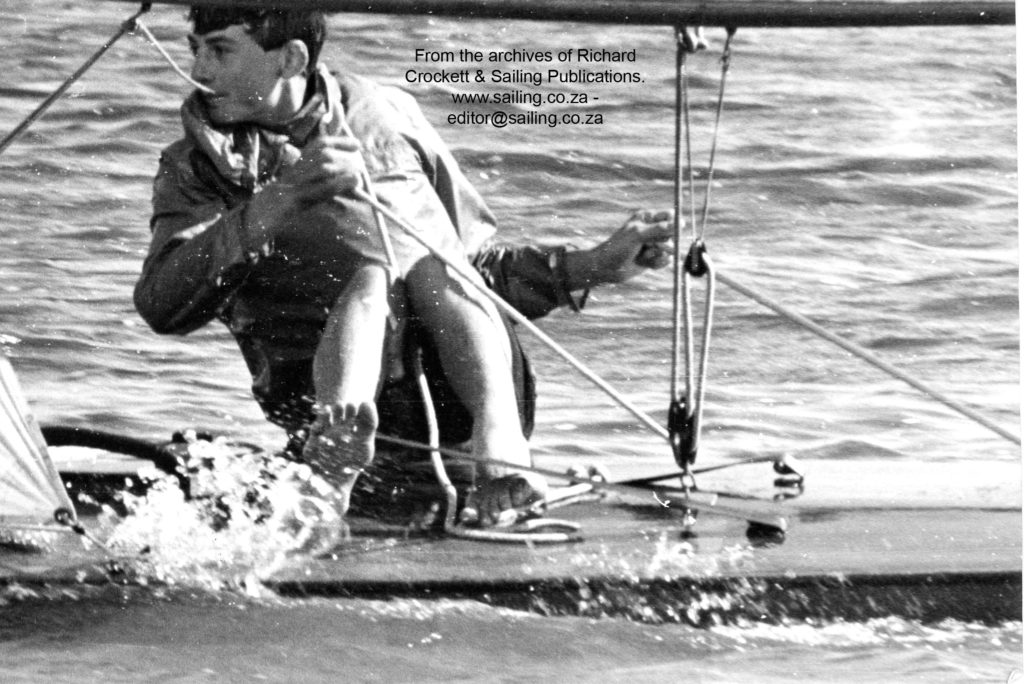 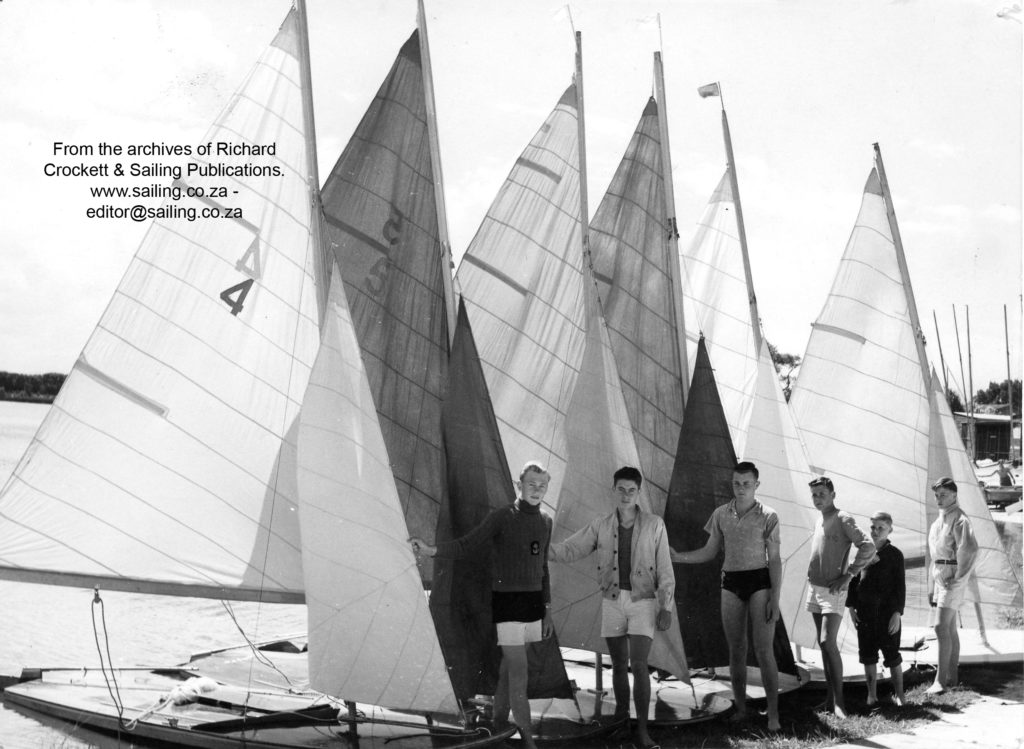 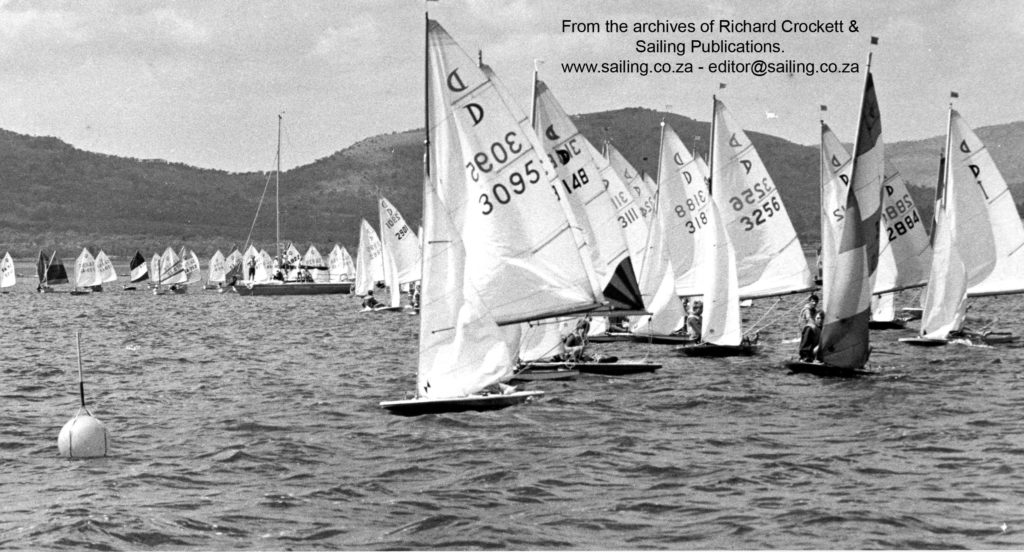