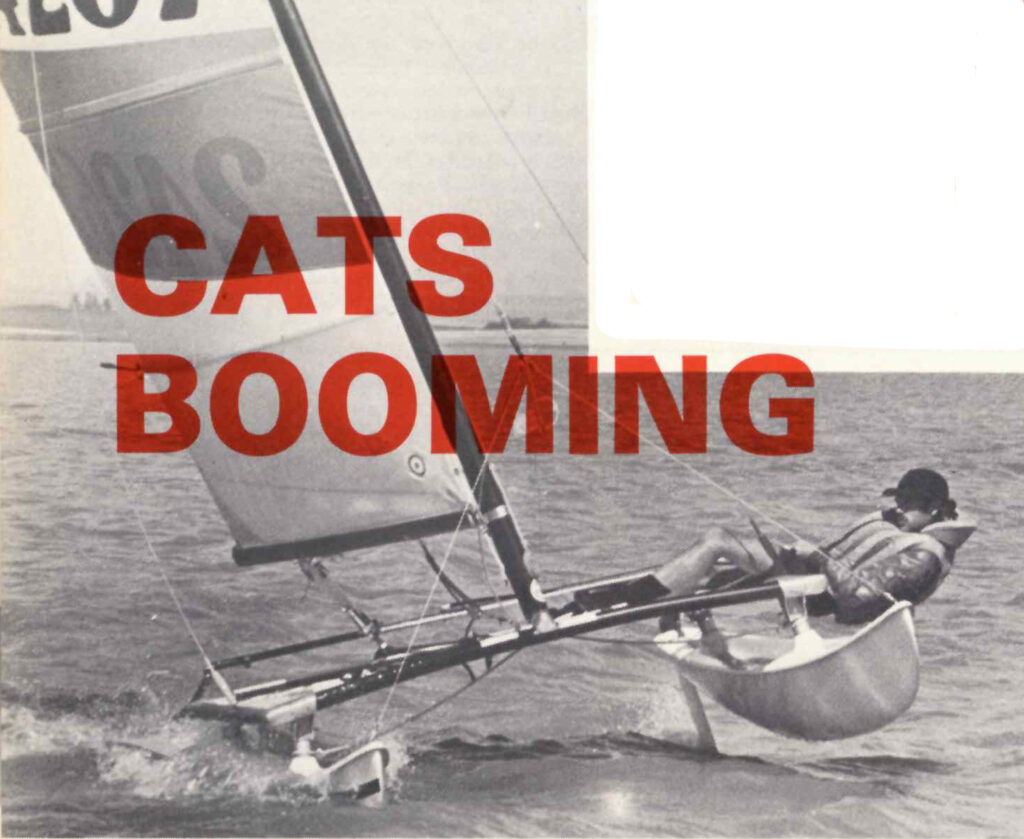 “The popularity of multi-hull sailing is increasing on the Highveld. This has become evident over the past year and can be seen from the large number of catamaran sales and their activity at various sailing clubs. Also encouraging is that fact that more and more cat sailors are participating in organised competition, creating a high standard of racing.”

This report is all about the highveld sailors, and has a huge array of pics with it. Check it out in case you are in one of the pics!

The Castle Cat regatta, hosted by the Royal Natal Yacht Club and sponsored by the yachties favourite brew, according to the report was becoming an institution as it said this: “After its second time of being staged, the Castle Catamaran Week has become one of the classic, if not the premier, catamaran regattas in the country.”

Competing in the regatta were two Kiwi sailors, Bob Preston and Peter Gray, who were brought out by the Paper Tiger Association.