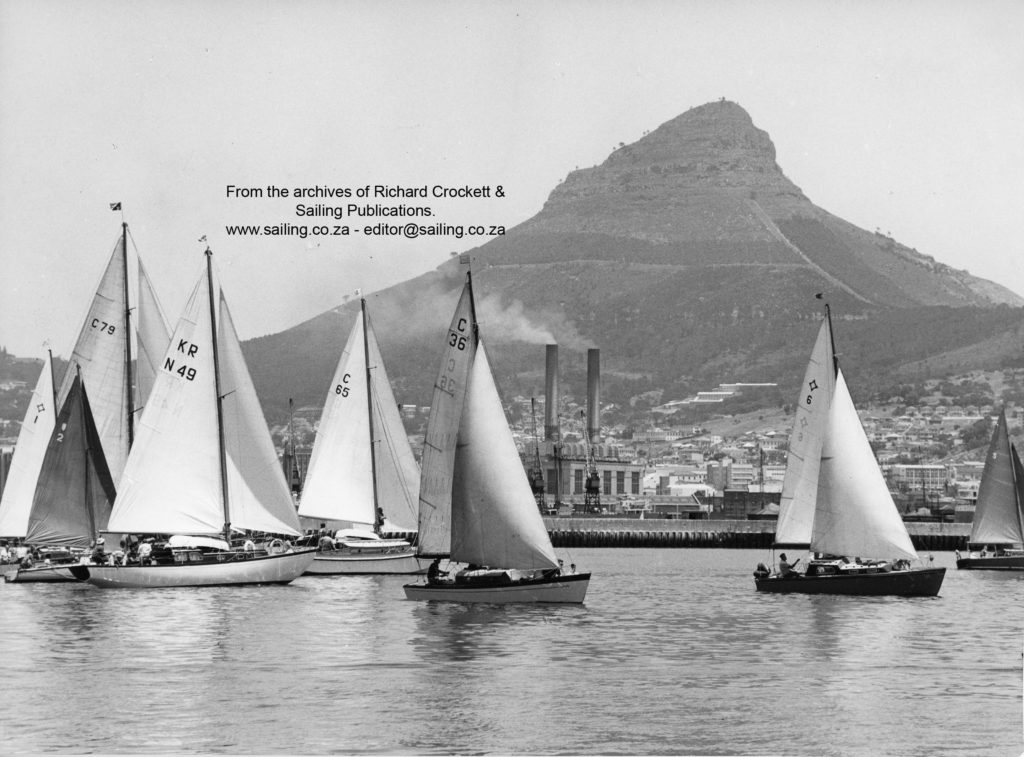 Staying with the Ocean Racing theme, I stumbled across info on the above race yesterday and felt it worthy of publishing as in those days yachties were seamen who went ocean racing for the challenges, the camaraderie and ultimately the memories which live on forever. The weather was just part of the equation, and something one had to take on the chin as modern-day weather forecasting was something of a pipe-dream then.

So irrespective of the weather they did it, they survived and were able to tell the tales. Sadly, and in my view, we have only a handful of real seamen sailing today as the rest rely too heavily on long-range forecasts to determine whether they even enter an event or not.

That’s it form the soap box, and back to the event itself.

There was a fleet of 11 boats with 4 RCOD’s making up that number for the challenge over the 195 nautical mile course. Biggest in the fleet was a 44′ Bermudian Sloop with a 25′ Bermudian Sloop the smallest.

I did like this extract though as it shows that way back in 1963 sailing had similar challenges to those we have today: “The prospect, therefore, was for a most interesting race which catered ideally for all yachtsmen – and also the not-to-be-forgotten wives and children who after the race could holiday en-famille, with papa and the yacht thrown in, as a useful and peasant means of journeying to the variety of secluded white beaches and interesting picnic spot round the bay.”