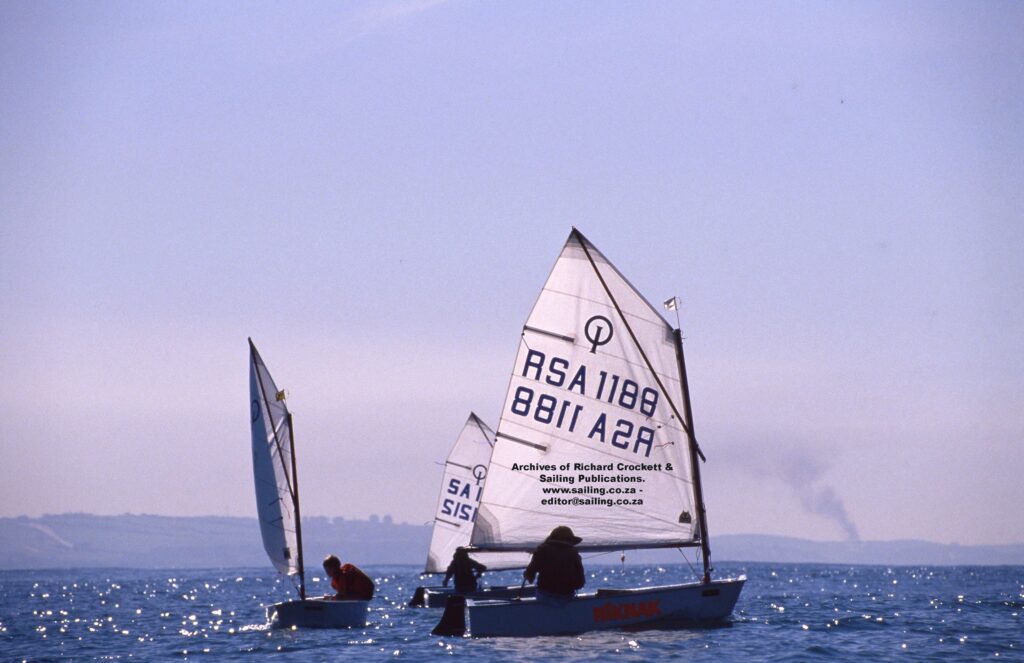 The battle for the 1993 Optimist title turned out to be one between Gareth Blanckenberg’s superb fitness and Sieraj Jacobs’ safe consistency in all weather conditions. In the end it was Jacobs who won the title with a margin of just a single point, but the general feeling was that both skippers were equally deserving of the title, something that was made evident by the cheers that they both received at the prize giving.

It was in the heavier conditions that Blanckenberg revelled. He would lead the race from start to finish, initially with Jacobs not far behind, but towards the end he would establish a massive lead of a few minutes, mainly because his boat was still perfectly balanced whereas Jacobs was beginning to struggle towards the end.

In
the lighter conditions however, Jacobs would have the upper hand, making marginally better use of wind switches and a feel for which side of the course would eventually pay.

In the final result, Blanckenberg won four races and Jacobs only two, but it was all his second places which pulled him through to give him the title. Blanckenberg had to count a second and fifth which resulted in him just being pipped by a single point by last year’s runner-up. 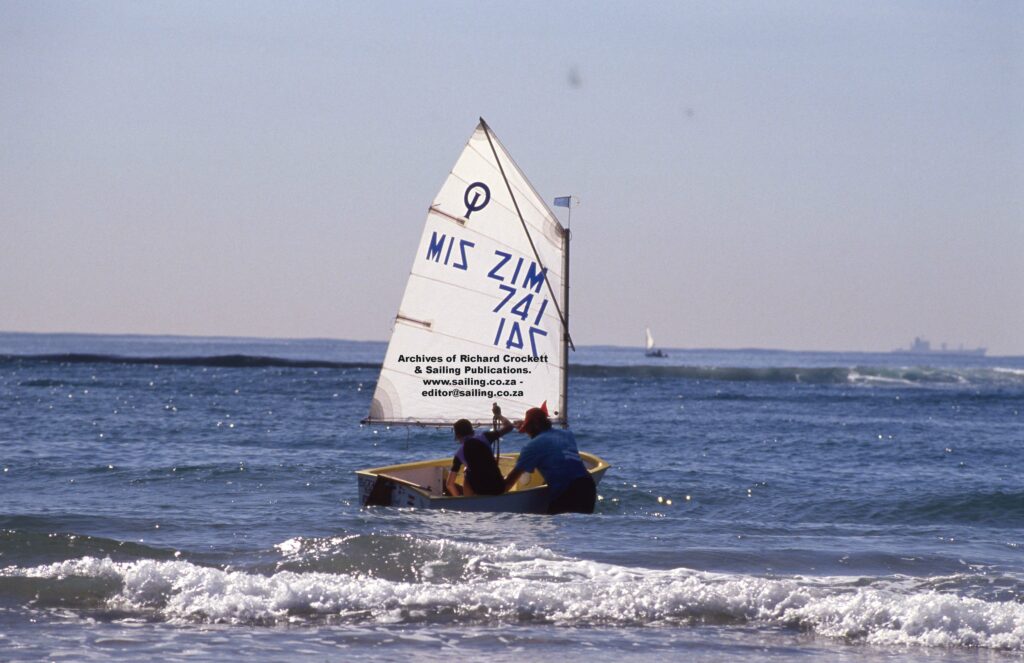 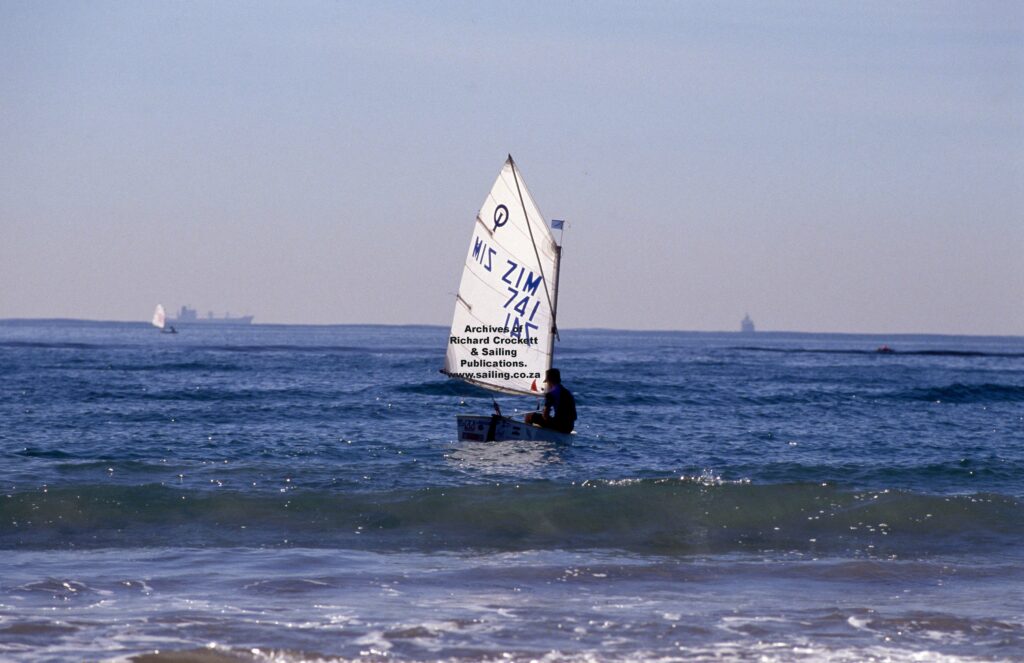 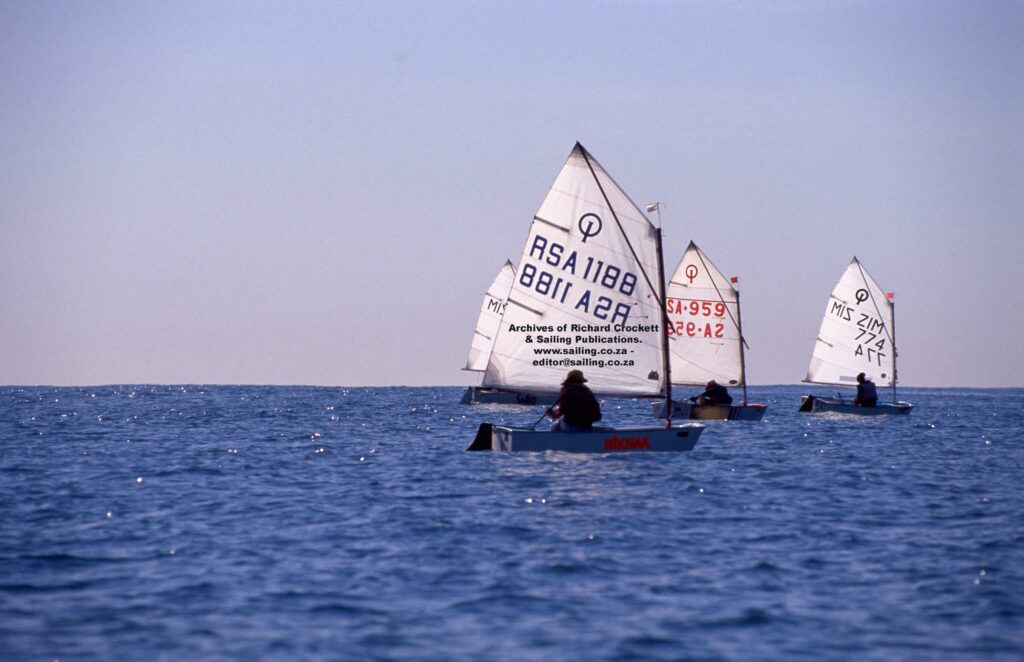 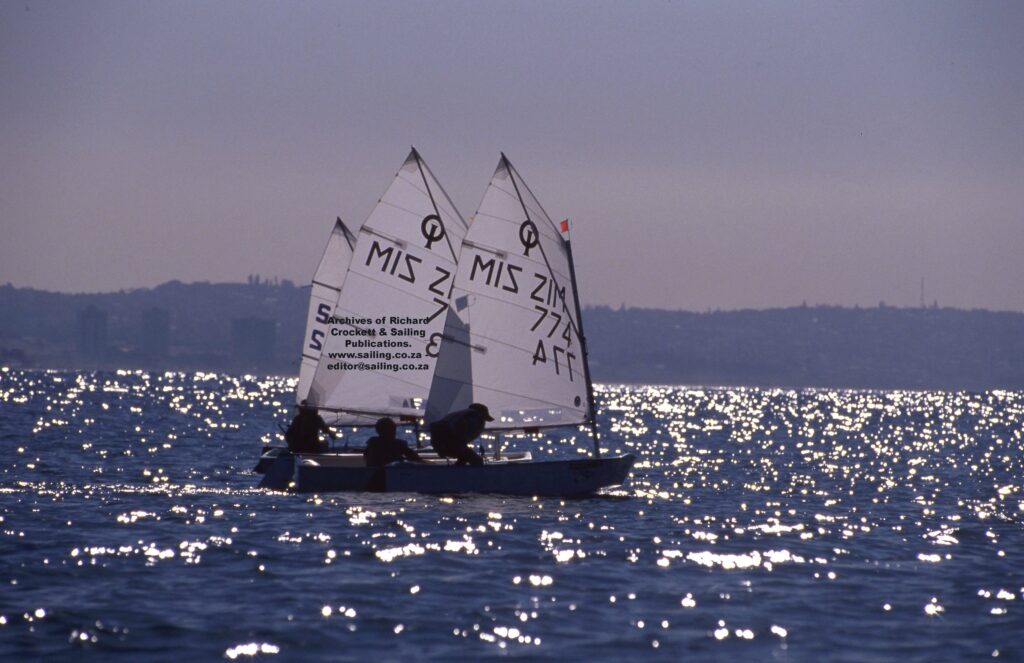 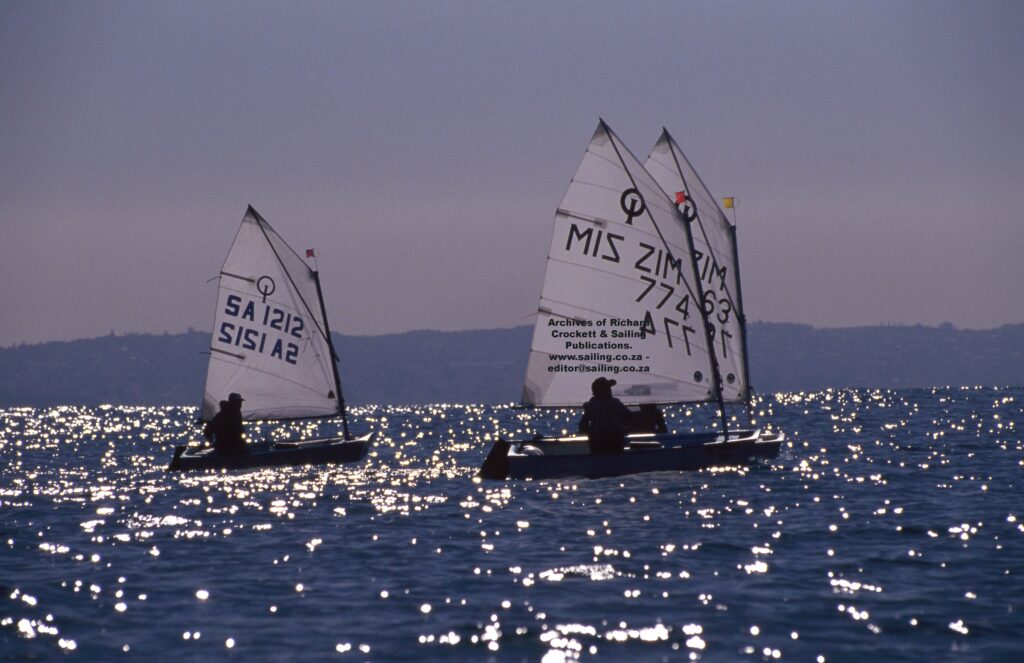 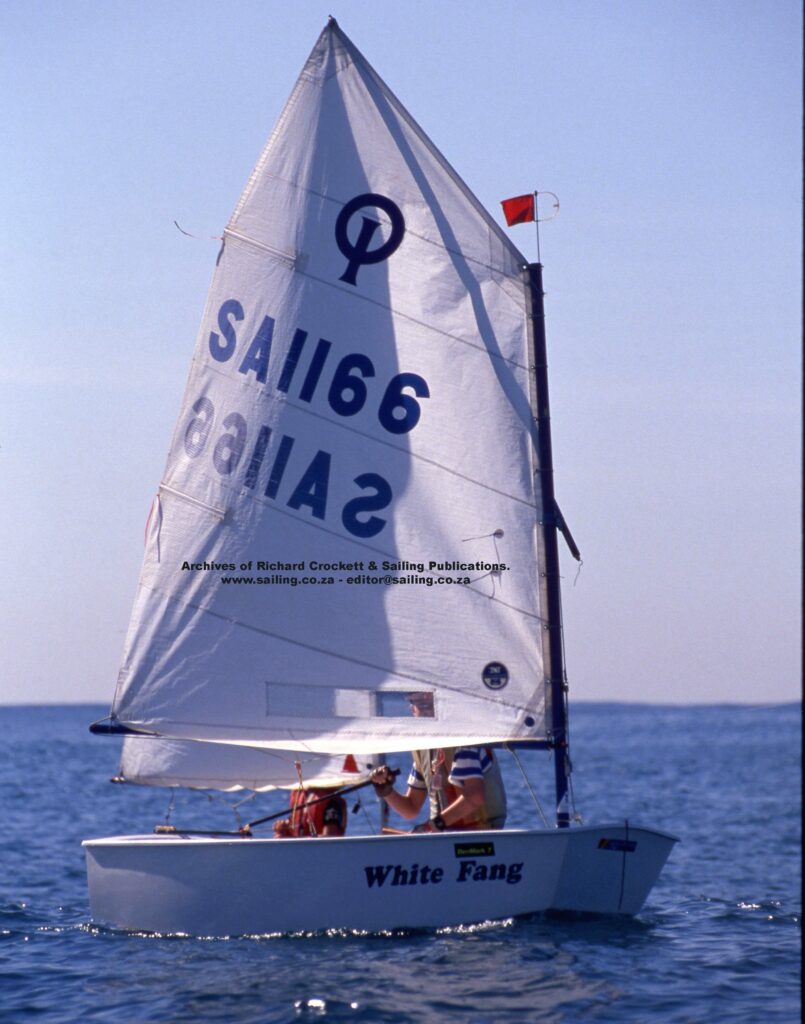 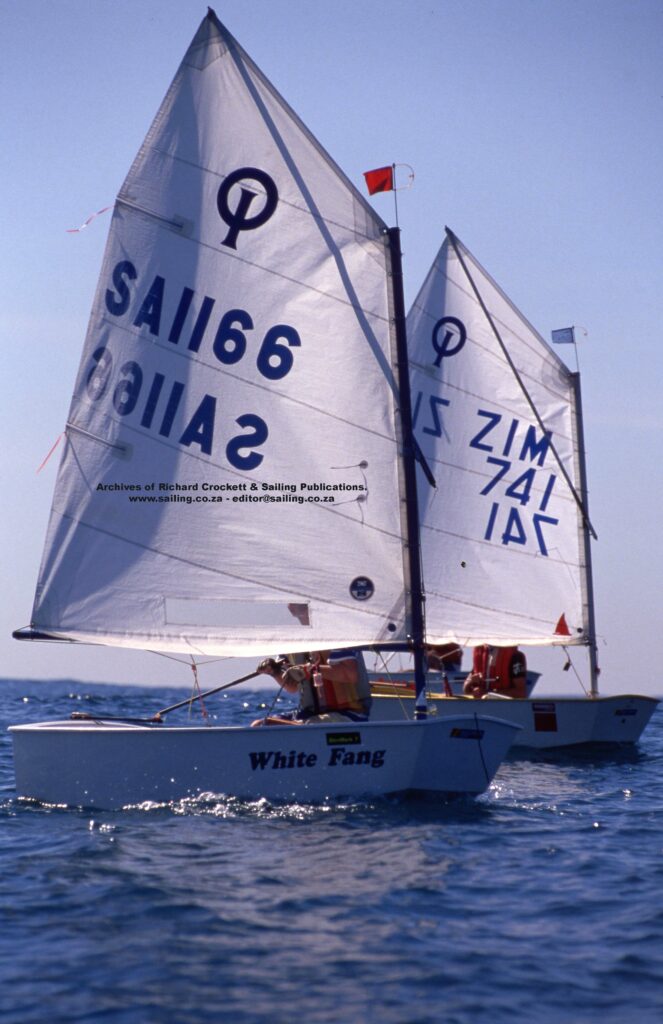 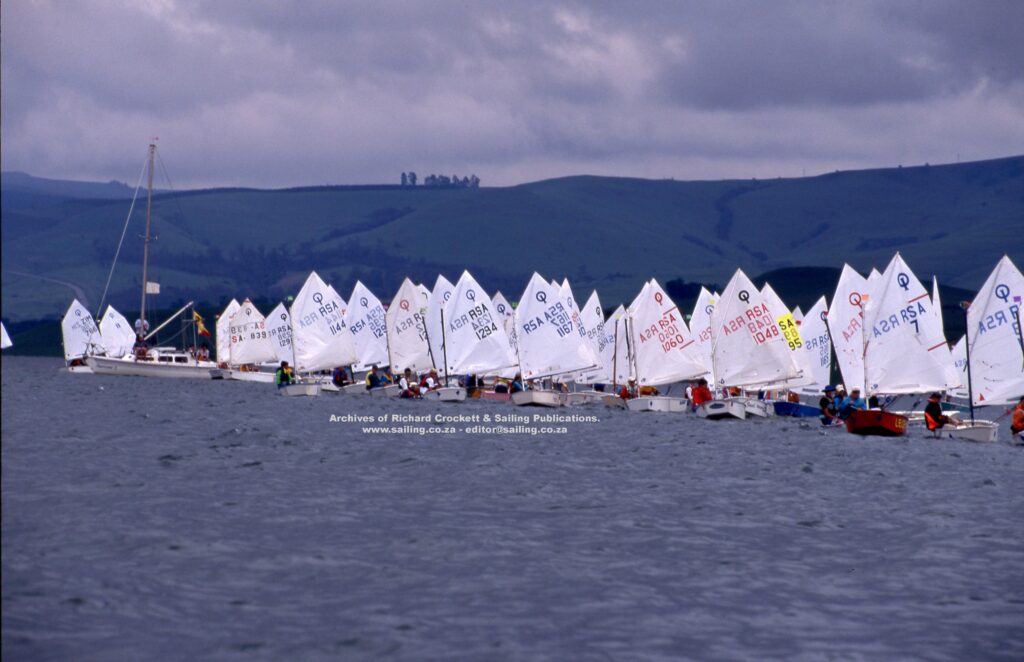