“Talking Sailing” From My Archives. Best Ever Hobie 14 Worlds 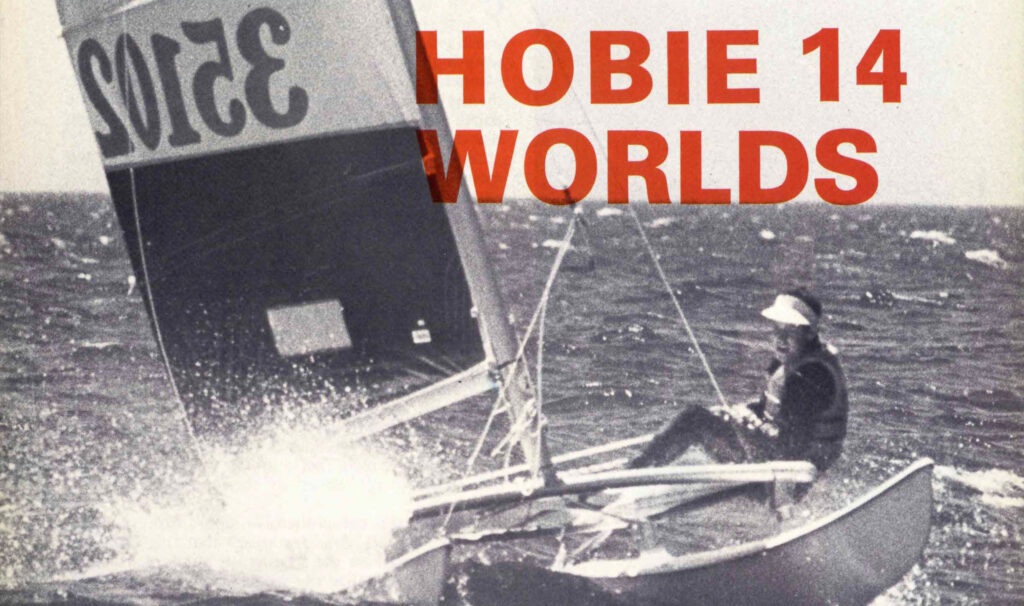 Blaine Dodds punching through the seas, proved his world-class calibre by taking seventh place. He was one of five South Africans in the top ten.

The yachtsmen came from far and wide and all agreed – the fifth Hobie Cat 14 World Championships, held at Plettenberg Bay, South Africa, were the best ever.

Seventy-two of the world’s top Hobie Cat skippers from more than a dozen different countries competed in identical catamarans – even down to the colours of the sails – for the coveted award of 1979 World Champ. 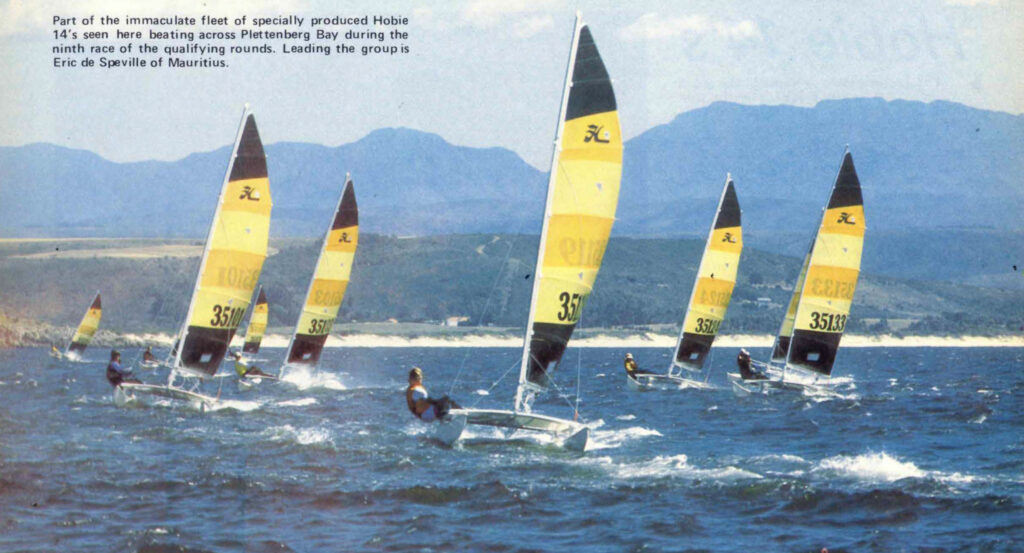 Part of the immaculate fleet of specially produced Hobie 14’s seen here beating across Plettenberg Bay during the ninth race of the qualifying rounds. Leading the group is Eric de Speville of Mauritius.