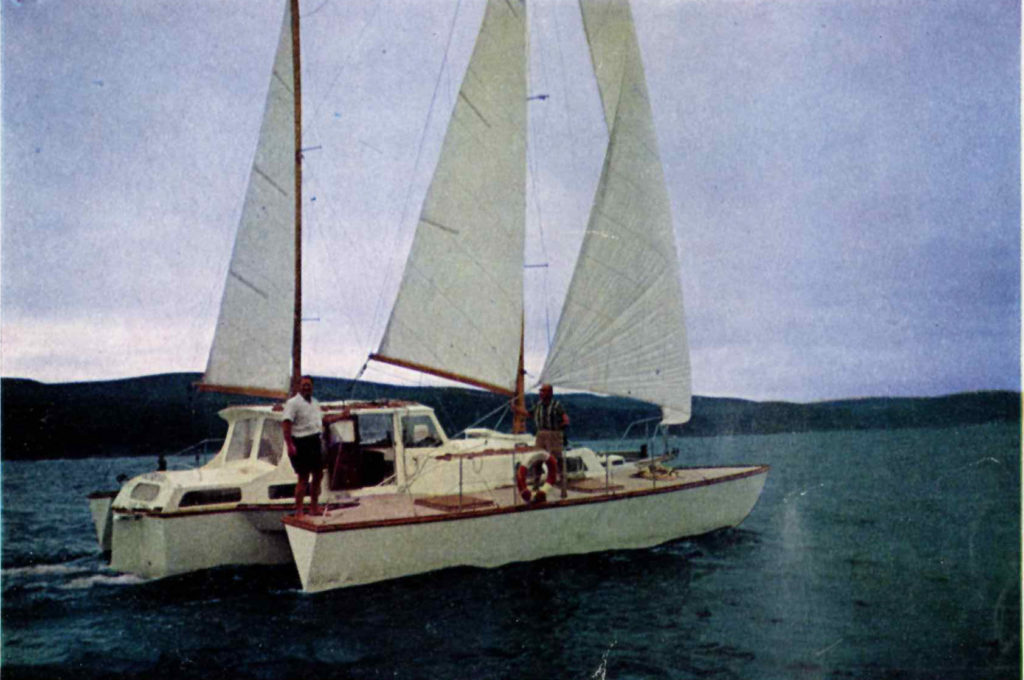 Victress I off Knysna Heads during her cruise from Cape Town to Durban, March 1964. She completed two passages up and down this notoriously testing coast without fuss or bother, doing the leg against the currents in 7 ½ days.

There was immense interest in a recent report on the Agulhas current, as did a delivery passage from Durban to Cape Town in December 1958.

So here’s one on a delivery passage from Cape Town to Durban aboard a trimaran.

What is remarkable, or possibly foolhardy, is the fact that the boat was rushed to be launched in order for her to sail to Durban to be on display at a boat show. The tri set sail the day after her launch, so was, in reality, far from being in a seaworthy condition. Delivery deadlines often force this situation, which should be discouraged, but rarely is as everyone feeds off the excitement of a new launching and the very first passage.

Fortunately it was an almost trouble-free passage, with interesting comments by her skipper John Goodwin.

Trimarans especially were becoming increasingly popular at the time, with news of “The Multi Hull Club” having been formed in Durban in late 1964.